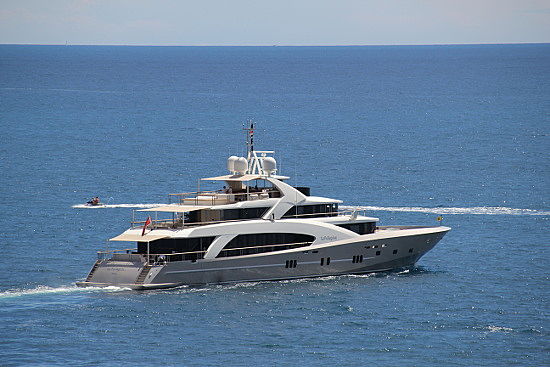 La Pellegrina, seen here two weeks ago in Monaco, was delivered by Couach Shipyard in 2012, and she was the first 50 metre 5000 Fly Couach. Fully built in Kevlar Carbon and developed on a military patrol hull design this yacht has impressive performances among which a top Speed of 28 knots and she has a transatlantic range. In 2014, Couach delivered a sistership of La Pellegrina, named Belongers.