Widely considered the world’s first megayacht, the 104.85-metre superyacht Lady Moura, from the boards of Blohm & Voss was launched in 1990. Her launch marked a new era in the design and innovation of superyacht design, seen as a pioneer of the beach club, hydraulic fold-out balcony and tender garage. This iconic yacht is now being offered on the market for $125,000,000. 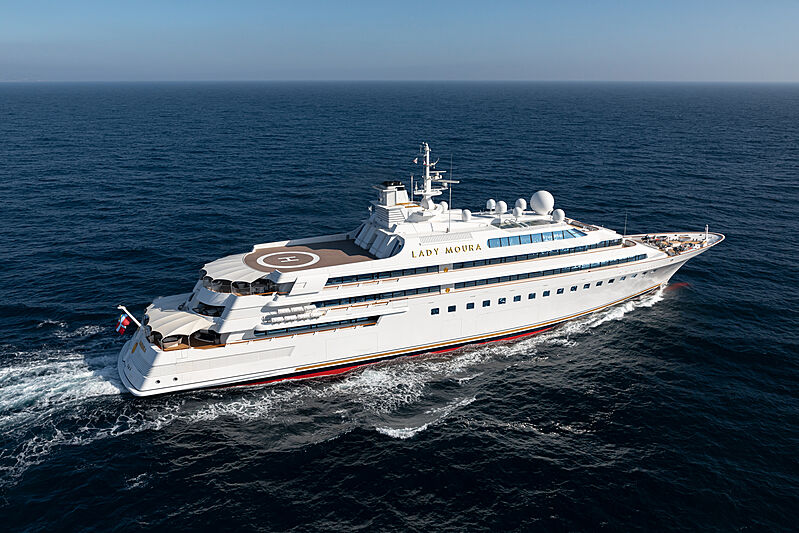 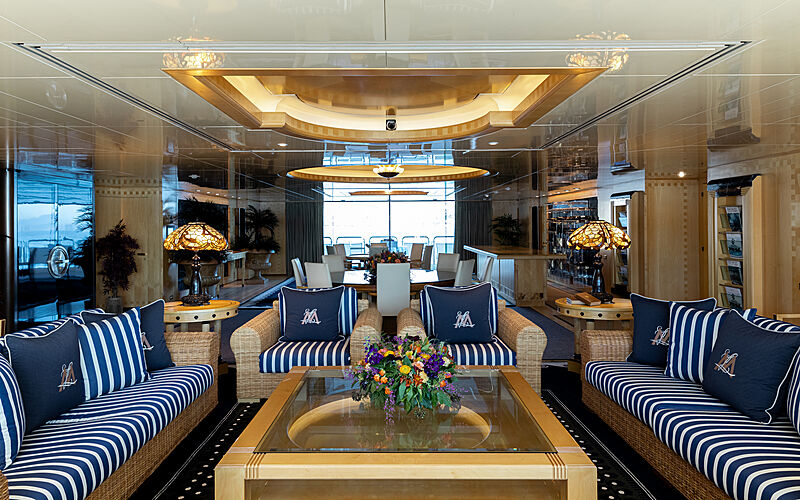 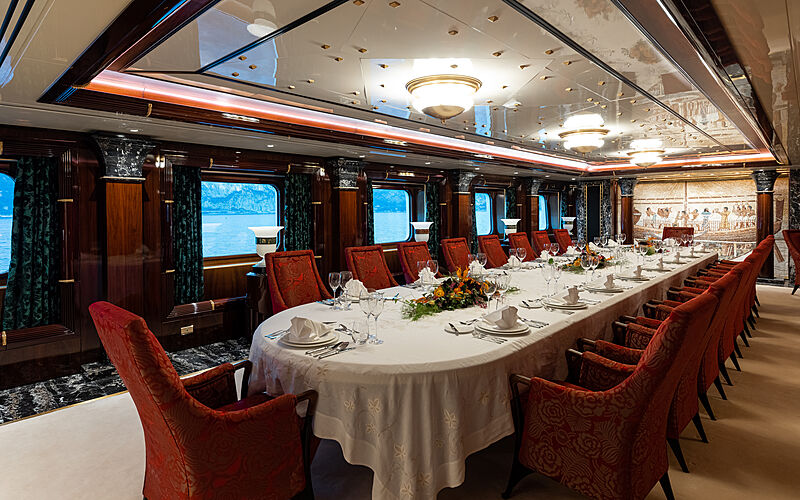 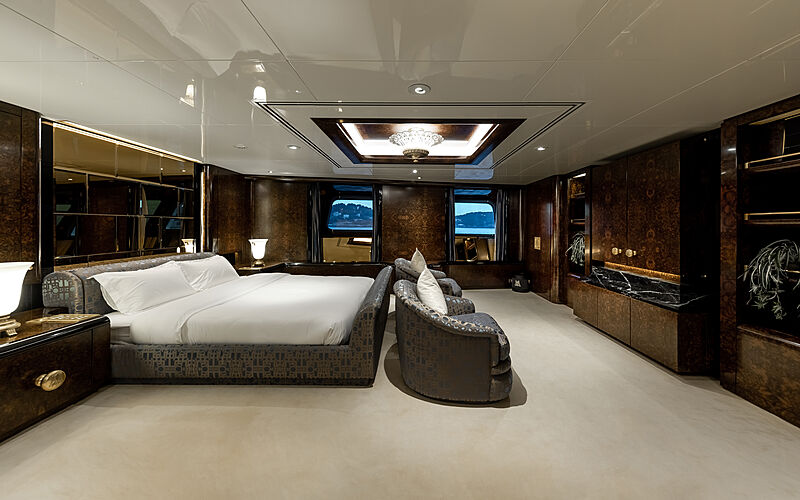 Photo: Camper & Nicholsons Her seven decks equate to 2,600-metres squared of space, with a swimming pool, six gangways and a helipad, as well as ample lounge and al fresco dining space. The beach club, located amidships with balconies both port and starboard, offers easy access to and from the ocean via six hydraulic gangways and two entrances for use by one of the superyacht's tenders, such as her limousine tender, large Boston Whaler, waterski boat and landing craft, all of which are stowed midships behind hydraulic doors. 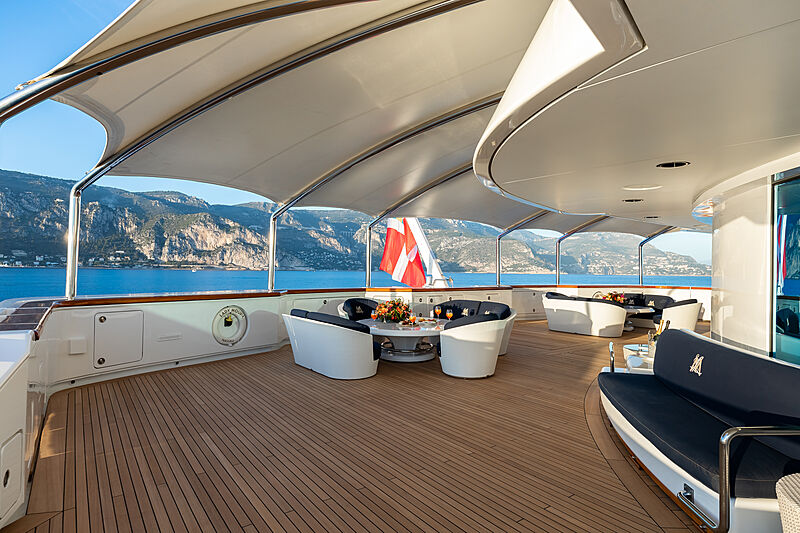 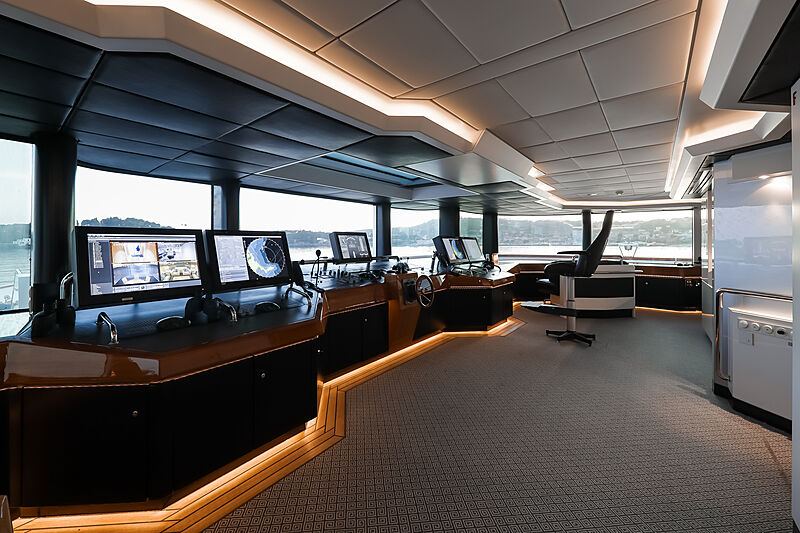 Photo: Camper & Nicholsons Lady Moura's beach club balconies were an engineering first and transformed the way those on board could access the water. This innovation saw the incorporation of hydraulically operated shell ports, doors, flaps, roofs, gangways and cranes into her design. 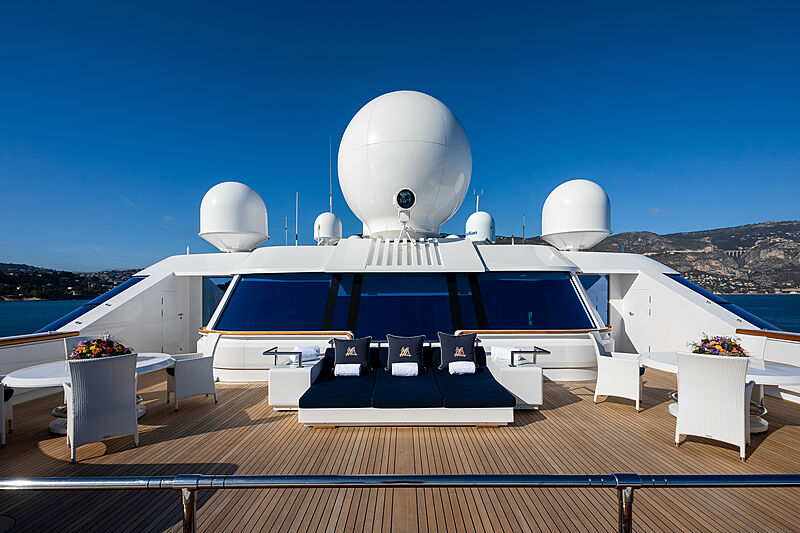 Photo: Camper & Nicholsons Lady Moura is maintained by 65 crew, has low engine hours and has only had one owner in her 31 years, who has maintained her in excellent condition. She has a range of 8,000 nautical miles and cruises at 17 knots. 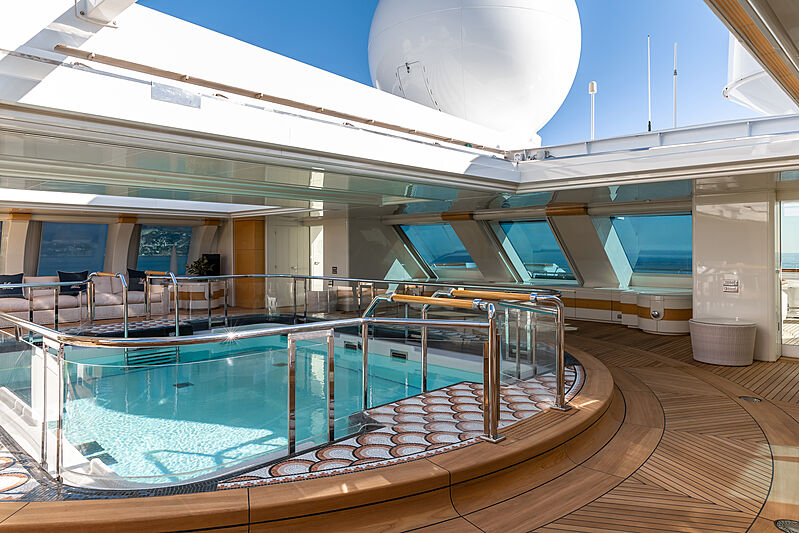 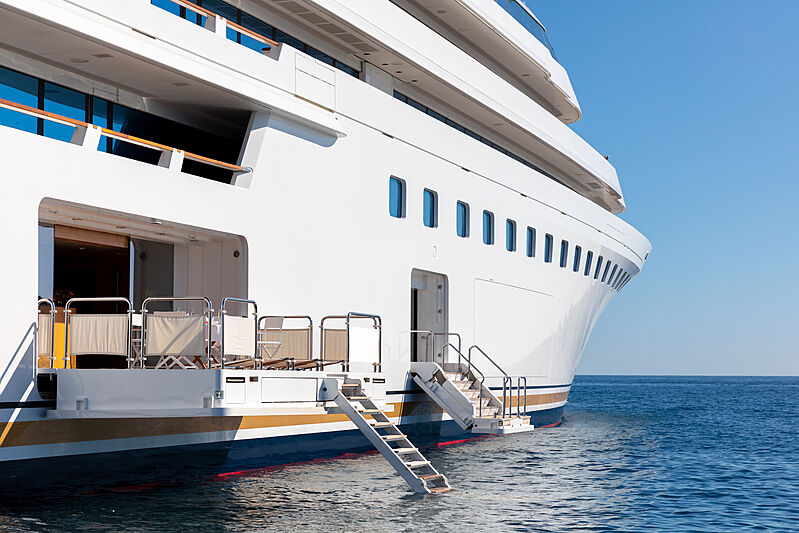 105 Metre superyacht Lady Moura gets a make over