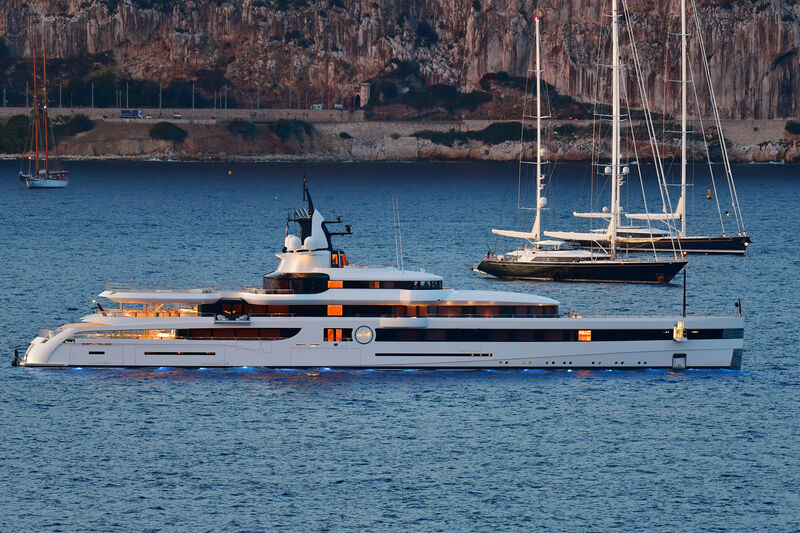 Photo: Christo303Spotted during the Monaco Yacht Show 2022 anchored off Beaulieu-sur-Mer on the French Riviera, is the 93-metre superyacht Lady S. With a volume of nearly 3,000 GT, she was built by the Dutch shipyard Feadship and delivered in April 2019. Featuring an exterior design by Michael Leach, she was built for an experienced owner who worked closely with interior designer Reymond Langton on the build. Onboard, she features many notable details, including white and crystal chandeliers and the first IMAX Dolby cinema to be installed on a yacht. Described by Langton as a “contemporary jewellery box”, Lady S also includes a multi-sport outdoor area and a large swimming pool, a commercially-rated helicopter landing pad that can also serve as a multifunctional entertainment space, a beach club with hammam and an ice plunge pool, as well as two fire pits. The yacht, which is available for charter, can accommodate up to 12 guests and 29 crew. Behind her are the Perini Navi 54-metre sailing yacht Parsifal III and the Alloy 52-metre ketch sailing yacht Q.

72m superyacht Natalina A in Dubai