Feadship unveiled its completed 93-metre superyacht Lady S at its new facility in Amsterdam this morning after the project known as hull 814 arrived here last month to receive its final touches ahead of delivery this spring. 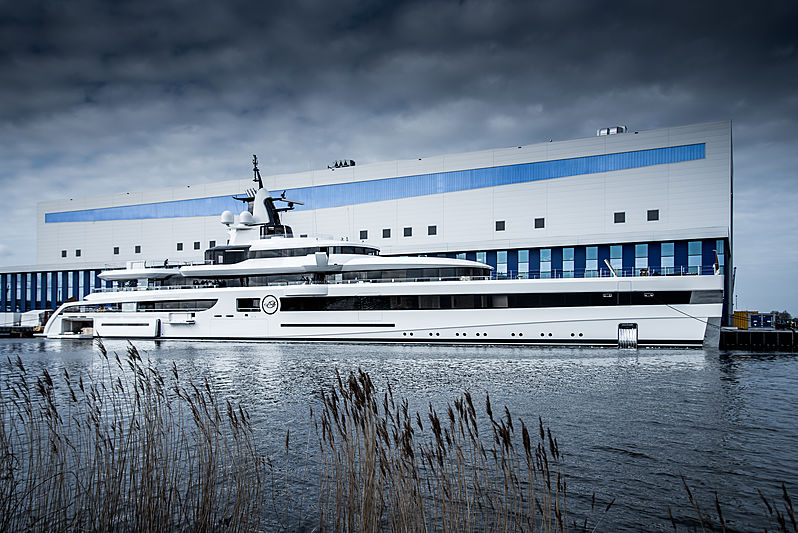 The yacht’s final profile shape can now be fully appreciated after its curved deck balconies and wing stations have been fitted. According to Edmiston, which has listed Lady S as part of its charter fleet, the yacht “is set to become the best-equipped charter yacht in the world” with her commercial helicopter landing pad, IMAX cinema, basketball court and large swimming pool named as just some of the highlights which guests can look forward to.

Built for an experienced owner, designers Michael Leach and Reymond Langton worked on the exterior and interior design of the project respectively. 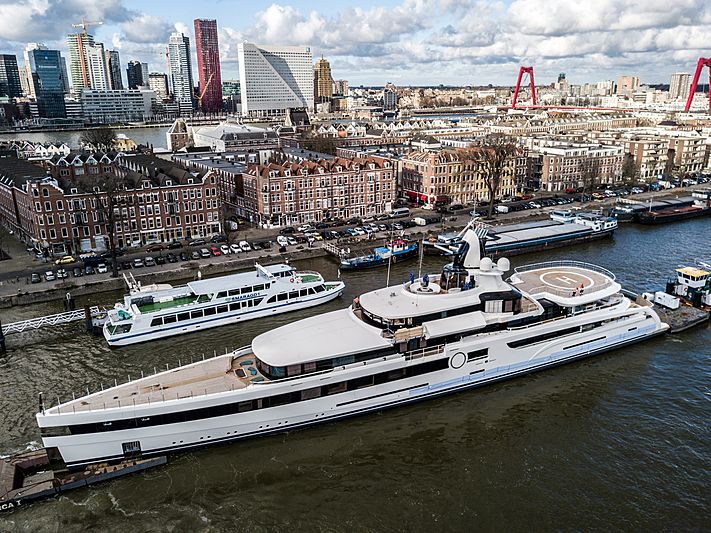 During the construction of the yacht, Burgess brought their new build and management expertise to the project which is over five years in the making.

Lady S became the first Feadship superyacht to be completed at its new facility in Amsterdam which was built to construct new build yachts in and service refit projects measuring up to 160 metres.