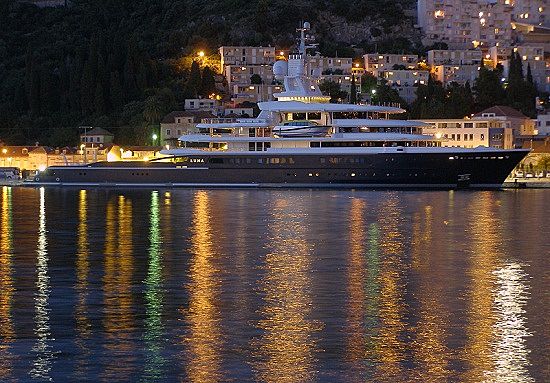 Luna was delivered in 2010 to her well known owner, who is no stranger to superyachts. Her owner in fact, owns the world's largest fleet of superyachts, including Eclipse. Luna measures 115 meters and was built at the Lloyds Werft in Germany, to a design by Newcruise. One of her special features is her over-sized aft deck, that features a large swimmingpool. Unlike the owner's other yacht, which all features interiors designed by Terence Disdale, Luna features an interior by Donald Starkey. The interior itself remains a closely guarded secret, no interior images have ever been released of Luna.