Madiz, built in 1902, is the oldest steel superyacht to be in class with Lloyds Register of Shipping and this historical yacht has now been jointly listed for sale by Edmiston and Titan, Hyde & Torrance, asking EU 7,800,000. 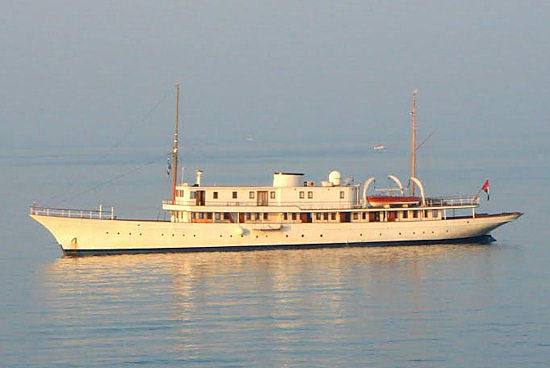 Madiz was built by the Ailsa Shipyard in Troon, Scotland as Triton. In 1972 Madiz was purchased by her current owner, who extensively refitted the 55.4 metre yacht from 2003 until 2006 and brought her back into class.

Powered by twin 650hp MTU/Maybach engines, Madiz has a top speed of 11.5 knots and a range of 2,750nm. Up to 14 guests can sleep in 1 master, 3 double and 1 twin cabin on the lower deck and 2 double cabins on the upper deck. The crew accommodations are aft on the lower deck and sleep up to 9, with a captain’s cabin behind the bridge on the upper deck,

Madiz is lying in Greece, near Athens.