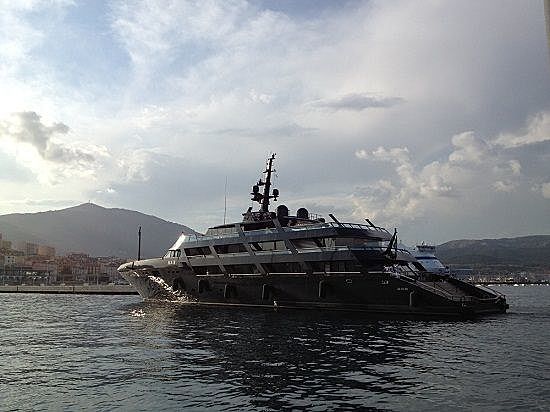 Seen here arriving in Corsica, the 65 metre Main is owned by an Italian fashion designer. The yacht was delivered in 2008 by the Codecasa yard in Viareggio, and is designed by the owner in close cooperation with the shipyard. The minimalist interior of Main was also influenced by her famous owner, who worked closely with his own designers, Oretelli, and Codecasa, and designers Della Role. It features teak floors, dark ceilings and wooden shutters in every window. This is not the owner's first Codecasa, he owned the 50 metre Mariu before owning Main.