Gulf Craft, shipbuilders in the United Arab Emirates, have premiered their 54.37- metre flagship superyacht, Majesty 175. First announced at the Monaco Yacht Show in 2016, the four year project has been integrated in-house at Gulf Crafts production facility in the UAE. 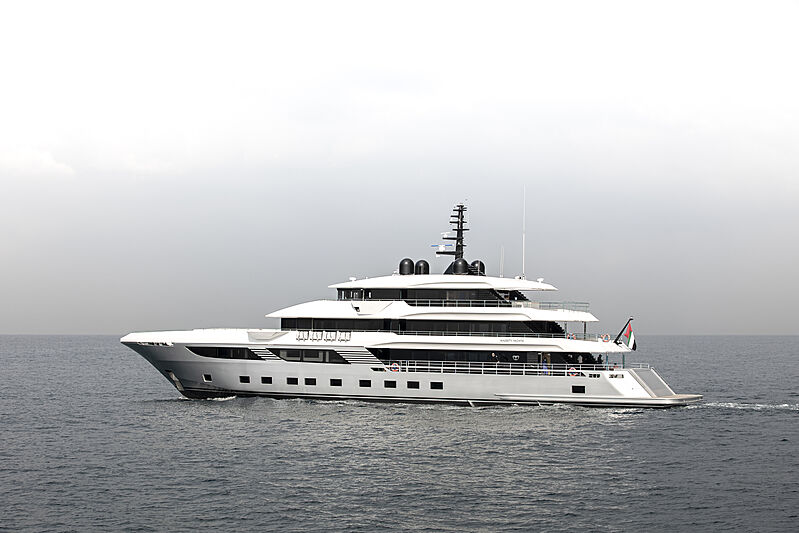 The first Majesty 175 features interior and exterior design from the Italian Cristiano Gatto Design Studio, while her naval architecture comes from the boards of Massimo Gregori of the Yankee Delta Studio. Her interior features seven staterooms, with an additional six crew cabins for her 10 crew, as well as a private captain's cabin. 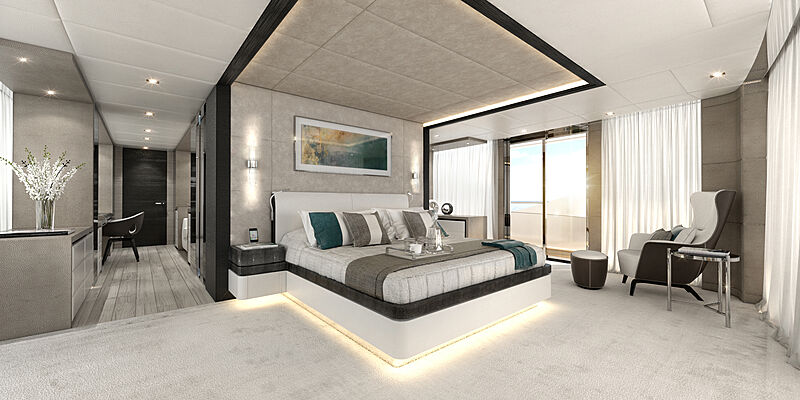 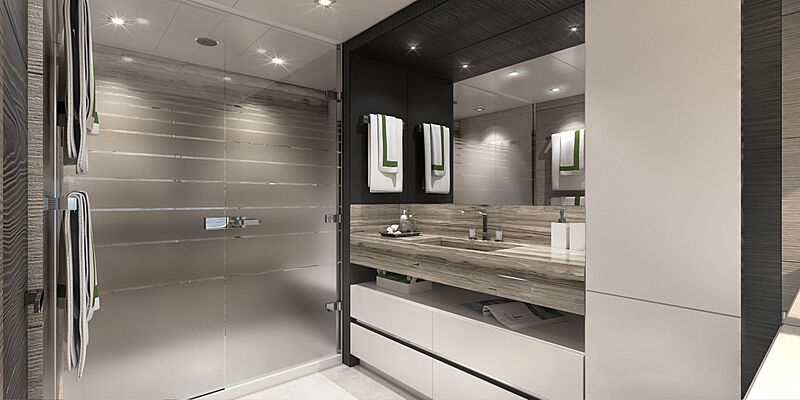 On deck, features include a 5-metre infinity pool at the foredeck, a sky lounge that can also be converted into a sundeck and a Jacuzzi situated at her aft top deck. 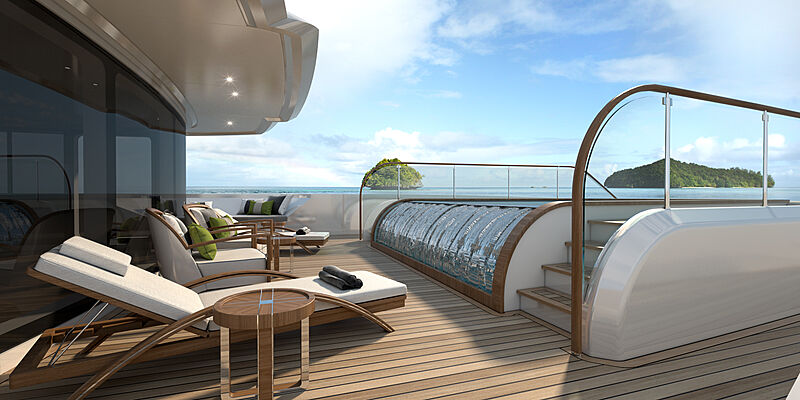 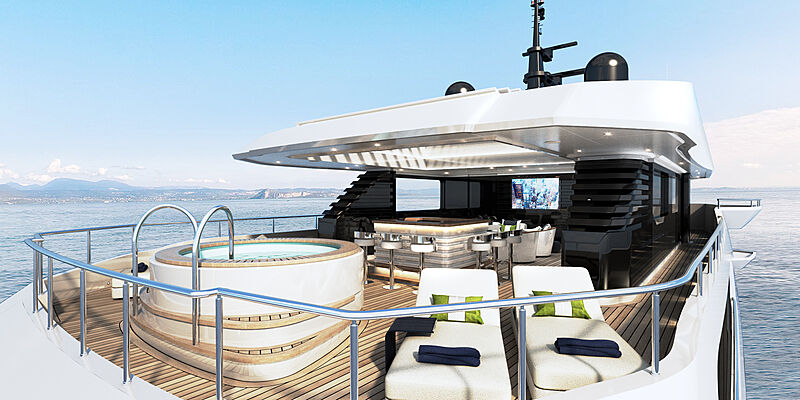 Photo: Gulf CraftThe superyacht has been constructed to the United Kingdom's Maritime and Coastguard specifications for yachts over 500 GT. The vessel is the world’s largest composite superyacht, built from carbon fiber and vinylester. 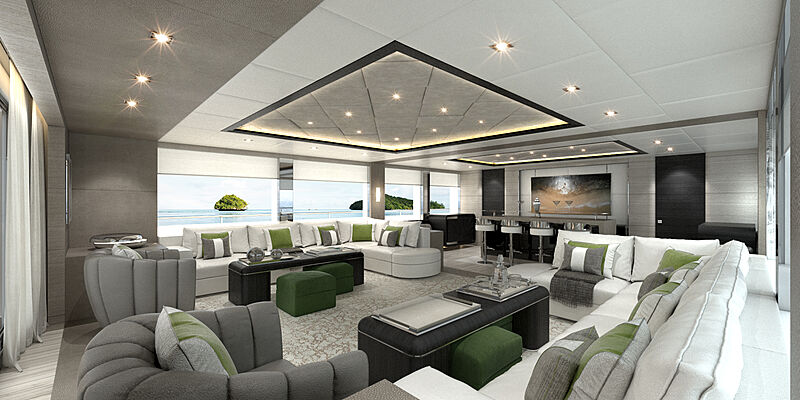 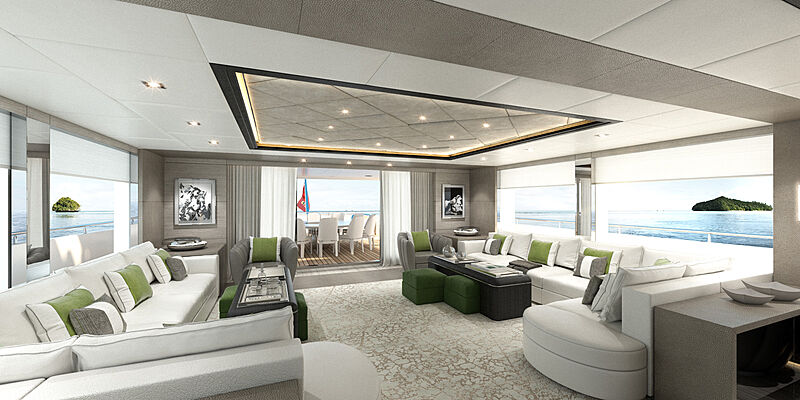 She has an overall 780 GT and a 9.62-metre beam, with a shallow 2-metre draft.The superyacht has a top speed of 17 knots, powered by twin MTU 12V 4000 M63 engines, with two fixed pitched six-blade propellers. She is kitted out with a SOLAS rescue boat and an emergency generator. 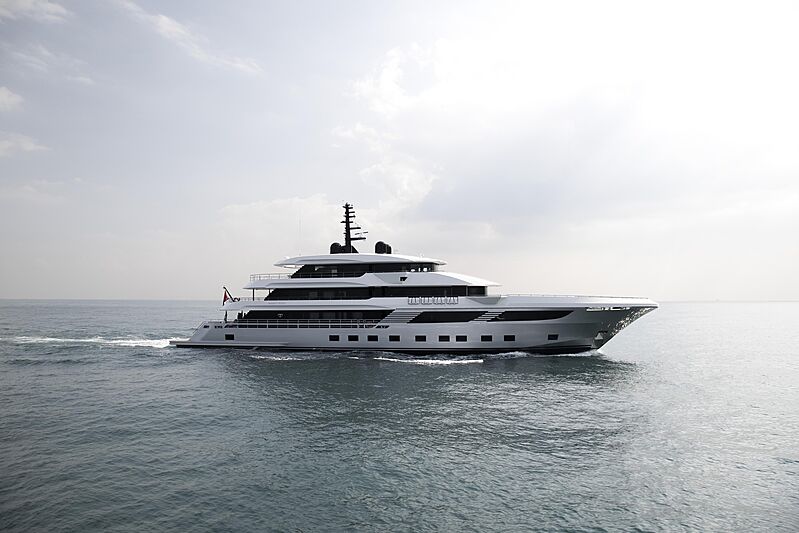