In addition to the new Baglietto 43 Why Worry, Yachting Partners International (YPI) has now also confirmed that they will present superyacht Meteor at this year’s Monaco Yacht Show taking place between 21 – 24 September in Port Hercule. Built in 2007 to a design by Dijkstra & Partners, Royal Huisman’s multi-award winning 52-metre schooner collected an unprecedented three awards at the World Superyacht Awards in 2008 and carried the St Barth’s winning trophy in 2009. 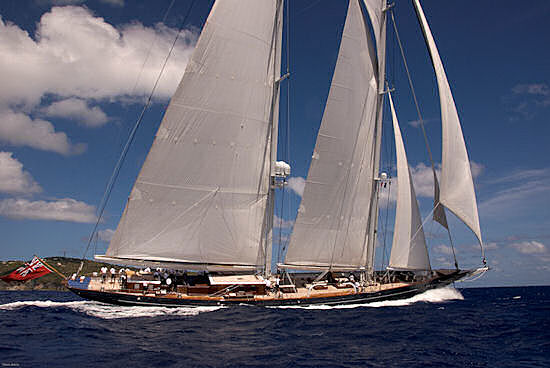 “Put quite simply, she is an absolutely stunning yacht,” says her YPI Broker and Head of YPI Sailing, William Bishop. “Built and refitted in the yard that recently celebrated its 125th Anniversary, Meteor is one of the finest examples of the sheer talent and skill Royal Huisman is renowned for.”

Meteor has ample space for 6 guests in 3 cabins and a maximum crew of 12 in seven cabins all arranged within a classic John Munford interior.

“She is widely accepted as being one of the best-appointed sailing yachts on the market today,” comments Will. “Now very attractively priced at € 25 million, we are looking forward to welcoming Meteor back to the South of France in early September in time for the Monaco Yacht Show.”