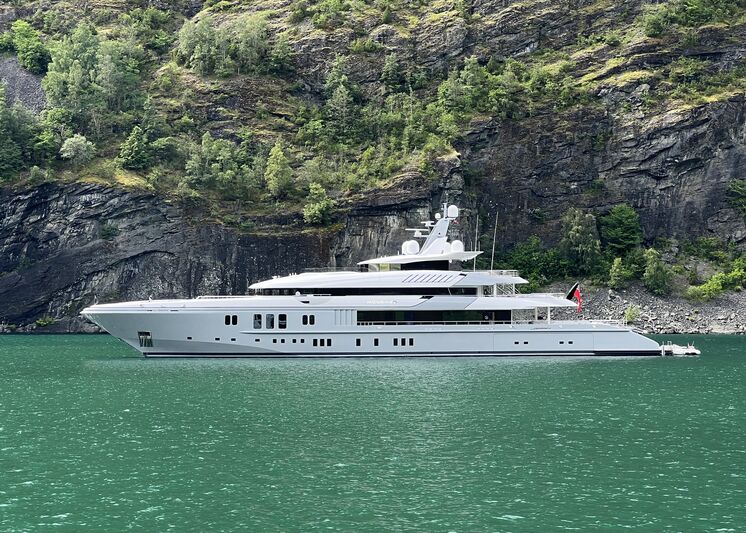 Photo: Claudia Alessandra ManettiSeen here anchored in the Sognefjord in Norway, is the 73.5-metre superyacht Mogambo. Built by the German shipyard Nobiskrug and launched in 2012, Mogambo's name comes from the classic adventure movie set in 1950s Kenya, starring Clark Gable, Ava Gardner and Grace Kelly. Designed entirely by Reymond Langton, the 1,682 GT superyacht captures the same back-to-nature spirit of the film thanks to a stylish and natural interior. Built as part of the Nobiskrug 73 series, she recently left the Feadship shipyard in Makkum, Netherlands, where she has been since October 2021 following an interior refit overhaul by the Dutch company. Mogambo is a popular charter yacht, run by 19 professional crew and capable of reaching speeds up to 17 knots.