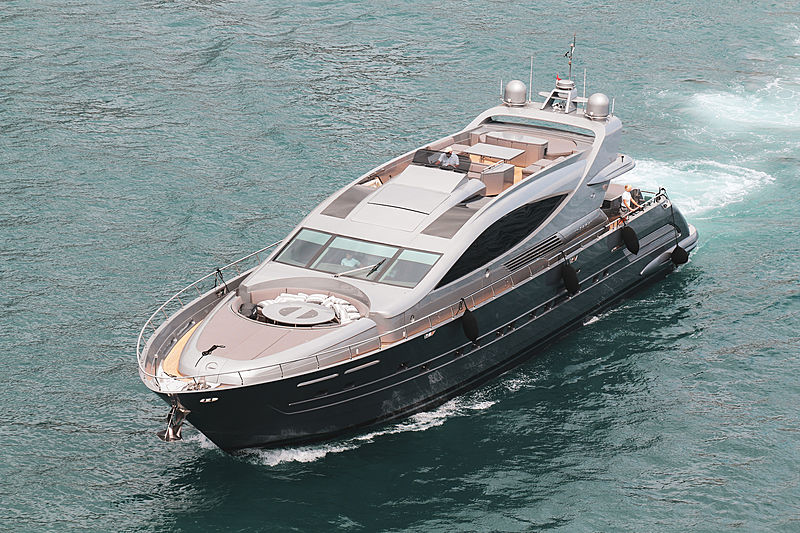 Photo: David ArdronSeen here cruising out of the port of Monaco is the 31-metre CCN superyacht Muse, built by the Italian shipyard in 2012. Muse is the second hull in the yard’s 102 Flying Sport line, and as the name suggests, was built for speed and performance with a top speed of 40 knots. The yacht changed ownership in September this year but has retained her original launch name.