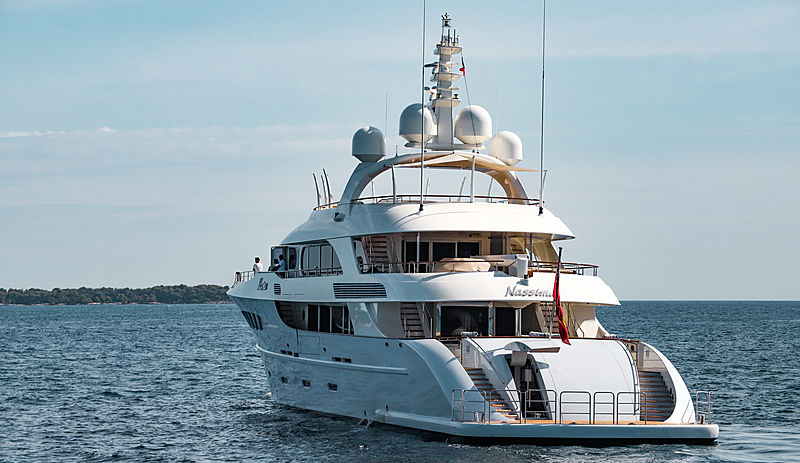 Photo: SuperYacht TimesBuilt in 2012 at the Acico shipyard in the Netherlands, superyacht Nassima is the design work of Dutch artist Olivier F. van Meer (exterior) and designer Maja von Dewitz (interior). Acico turned the general layout associated with yachts of this size on its head by placing the master suite on the upper aft deck, a full-beam gym forward on the main deck and a special tender garage at the stern designed to house the yacht’s own Mini Cooper and two Ducatti motorcycles. With six cabins throughout the interior, Nassima sleeps up to 12 guests. Powered by twin CAT 3512C-HD engines, she has a maximum speed of 18 knots, a cruising speed of 14 knots and a range of over 5,000 nm at 10 knots. Here she is seen outside Cannes on the French Riviera last summer.

The 36m superyacht My Izumi at anchor in Cannes

Charter deal of the week: The 49 metre Nassima