Central agents, Nautigest Srl have informed us that superyacht Nave Barbara is keenly for sale, asking € 1,800,000. Built by the historical Cantieri Navali di Senigallia shipyard as an oceanic trawler, Nave Barbara was never used as such. She was bought by the Italian Navy who used the ship for the positioning of sea targets and recovering of guided missiles. 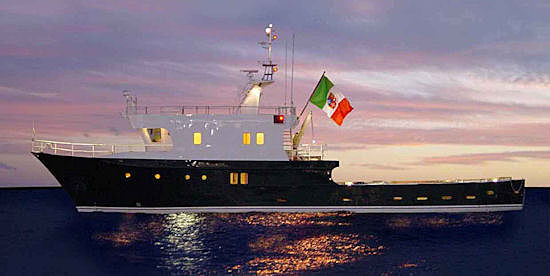 When she was no longer needed by the Navy, she became a Coast Guard vessel and five years ago she was bought by her present owners who immediately started with a three year conversion program, which was finished in 2009. Being built as a commercial vessel, Nave Barbara offers excellent sea keeping abilities and has a long range of almost 3,500 nautical miles.