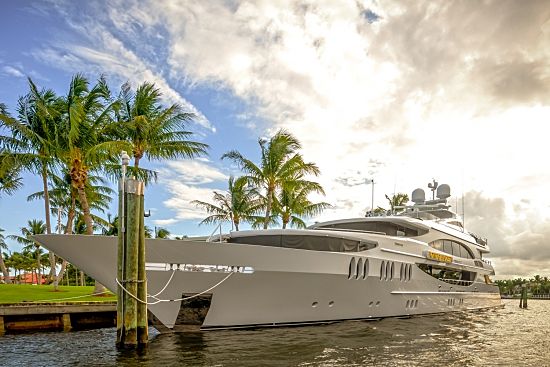 The 49.98m superyacht Norwegian Queen was built by American shioyard Trinity Yachts, and launched in 2008 and made her debut at the Fort Lauderdale International Boat Show that same year. Designer Evan K. Marshall is behind the yacht’s luxurious interior, with Trinity’s in-house design team creating the recognisable exterior. The all-aluminium yacht can often be seen spending time time in South Florida, where she is kept in immaculate condition.