The Middle Eastern owned superyacht Nourah of Riyad was completed in 2008 by the Yachtley shipyard in Turkey with interior and exterior design by well known superyacht designer Donald Starkey. In May her original builder refitted and lengthened her by 5 metres to 70 metres. 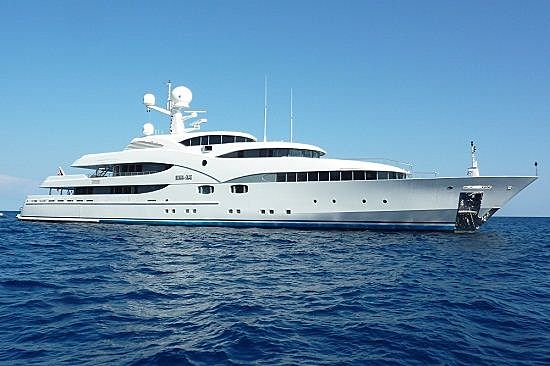 After (above) and before (below) the major refit 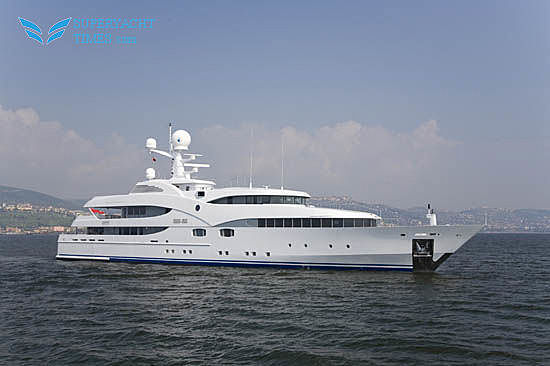 The extra space was used to create a beach club and a large swimming platform. Her sundeck was also modified, and an extra forward facing observation saloon was created. The two photos show the before and after profile of the yacht.

Nourah of Riyad has a steel hull with an aluminum superstructure and was built to American Bureau of Shipping (ABS), 100 A1 Commercial Yachting Service AMS, Cayman Islands MCA, and UK MCA Code of Practice for Safety of Large Commercial Sailing and Motor Vessels Standards.