Amnesia III (FB 245) is Graham de Zille’s third yacht with Italian custom yacht builder Benetti, and with each vessel, he works to improve on the design. Mr de Zille worked closely together with Benetti to create a yacht that would fulfill his vision. This required some creative and innovative solutions on Benetti’s part, of course, but it is important to Mr de Zille that the design evolves with each new addition to the Amnesia line of yachts. 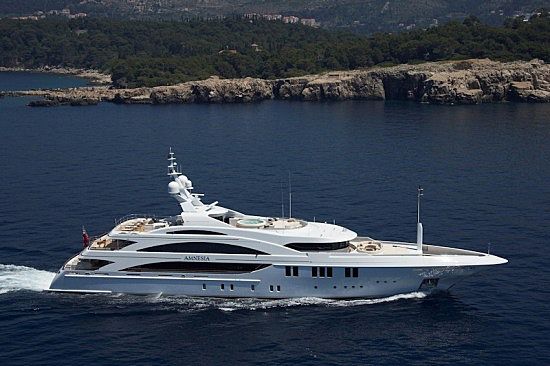 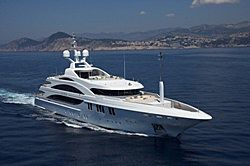 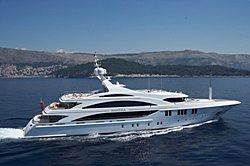 Interior design was completed by the British firm, Redman Whiteley Dixon. “The external profile was my idea,” says owner Mr de Zille, “and with the more contemporary interior the RWD did, I think she has come out looking really good.” 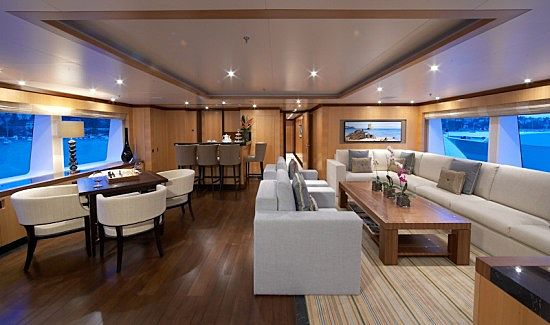 At 60 meters (196 feet), Amnesia III is 5 meters longer than Amnesia II and can accommodate a staggering 12 guests and 16 crew members. The yacht includes two large saloons (one on the main deck and one on the upper deck), an owner’s suite with his and hers bathrooms, study and dressing rooms, and five guest suites that are separate from the crew’s quarters. The guest staterooms include three doubles and two suites with twin beds. 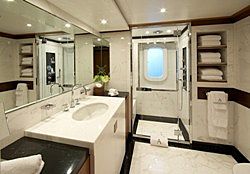 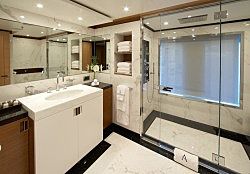 RWD’s interior design is contemporary with bulkheads of medium-toned Anegre hardwood and darker contrasting walnut and Wenge detail on door frames and furniture, as well as the occasional use of black marble for added drama. Everything is in a classically modern style from the lamps to the shape of the chairs. 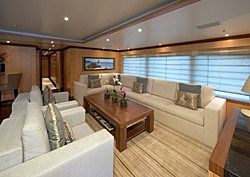 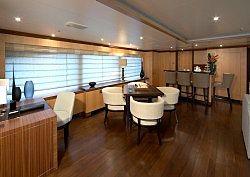 The upper saloon features a bar, a game table that seats four, an area with a large coffee table, two cushioned chairs, and a substantial sectional couch with enough room to seat every guest. The dark wooden floors adorn the couch area with a striped carpet. The large rectangular portholes allow for maximum sea views.

The main saloon includes a dining area and two lounge areas with couches, chairs, and a widescreen LCD television. Again, the design is understated with classically contemporary light-colored carpet and upholstery, and contrasting silk pillows. Roman shades in earth tones cover the windows when privacy is preferred. 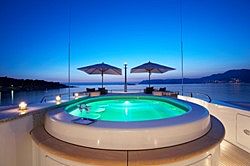 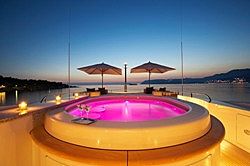 No one will ever become bored on Amnesia! The 60m size allows for a host of conveniences, from the latest audio visual entertainment and computer equipment, to a large Jacuzzi on the spacious sundeck, to a gym and massage room, to enough water sports equipment to keep every guest entertained. There are sun pads in the forward bow area and four sunbeds on the aft sundeck, adjacent to a lounge and dining area. There are two full scuba sets, 28 sets of snorkel equipment with different sized fins, two sets of water skis, a floating pad, a floating trampoline, sailing dinghy’s, a 15-foot sailing catamaran, wave runners, tenders, and more. The gym includes a treadmill, exercise bike, free weights, and an elliptical cross trainer. 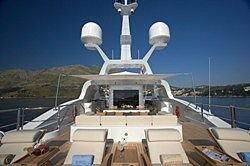 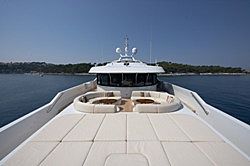 The crew’s quarters utilize the design ideas from Amnesia II, allowing for crew accommodations and galleys that are separate from the guest areas but which allow the crew to easily move from one area to the next. This gives the crew the opportunity to provide guests with the best possible service without interfering with guest movement throughout the vessel. The crew’s quarters are also unusually spacious, making for a happy crew, which, in turn, makes for happy guests. This layout made Amnesia II very popular as a charter vessel and will no doubt do the same for Amnesia III. 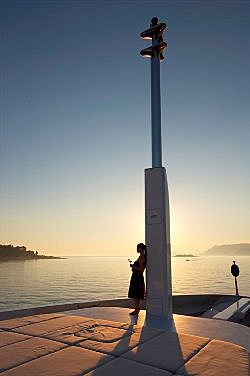 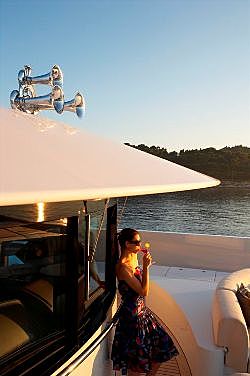 With her two 1600-hp Caterpillar 3512B diesel engines, Amnesia III can reach a cruise speed of 15 knots and a transoceanic range of 5,000 nautical miles. 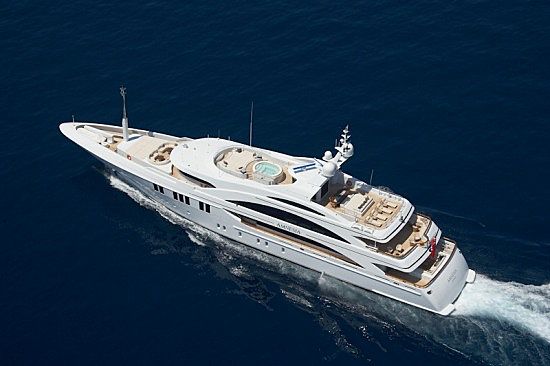 Owner Mr de Zille visited the shipyard on the average of once per month during the building of Amnesia III. “I have good project management with Mr. Garry Bunce and Ian Wastell,” he says, “and I visit dependent on where we are in the build process. I make all the major decisions with help, and the team does the detail which is immense!” 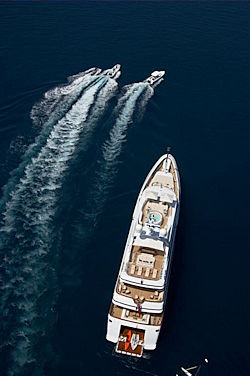 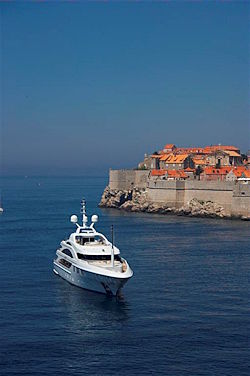 So, where has Amnesia III been so far? “From the yard, we took her more or less to the GP at Monaco and then to Venice,” says Mr de Zille, “and she has been cruising the Adriatic up to now. She will return to the South of France shortly.” Amnesia III is available for charter in the Caribbean during the 2008/09 season. 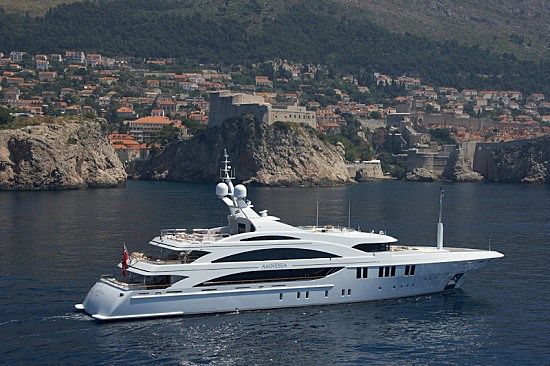