Theamay not be a new vessel, but according to Ken Burden of Fraser Yachts, who is offering the yacht for sale, “Thea has a certain ‘magic.’” While she was refitted in 1999 and 2005, Thea is in need of another refit, but Fraser is convinced that she is well worth that effort. “Personally, I consider her one of the most beautiful yachts ever built and has one of the most perfect sheers I’ve ever seen on a motor yacht,” says Burden. “She is certainly worth spending the money on because she is a yacht that will always be a beautiful classic. The only other yachts I can say that about are sail,”he says. 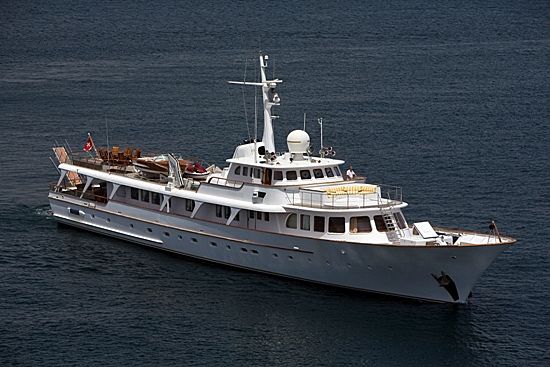 The original architect, Jorge d’Almedia Araujo, passed away a few years ago at the age of 97. Launched in 1968 as the Donapila II, Thea was sold and renamed the Myrna, then the Deerama in 2000, when she was offered for charter in the Mediterranean. In 2006, she was offered for sale in Greece as the Rama. “The yacht is virtually exactly as she was when she was originally built. A very strong yacht built to military specifications,” Burden says. 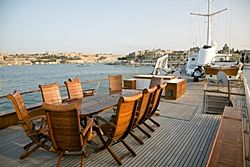 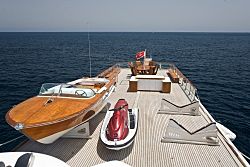 The upper deck includes a captain’s cabin with a shower room and separate chart and radio area. The tenders and sports equipment (including a jet ski) are stored in a deck area aft of the wheelhouse, where there is also a sun deck and a tented dining area that converts into a large entertainment space. The dining portion includes a bar and a table with ten curved wooden chairs. Guests can sunbathe on the semicircular area forward of the bridge, which is equipped with yellow and white striped mattresses. 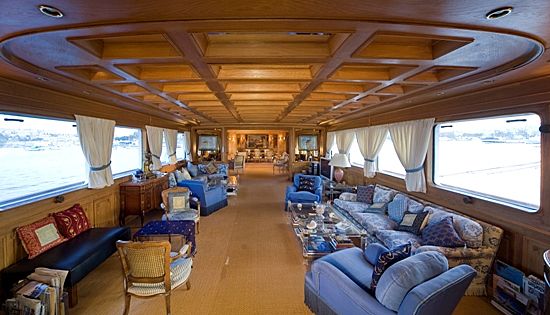 The main deck is generous with a toilet and a saloon that includes three individual spaces separated by sliding doors. The main salon has large picture windows, two wide couches, and several chairs, all in solid and patterned blue fabric with contrasting pillows. 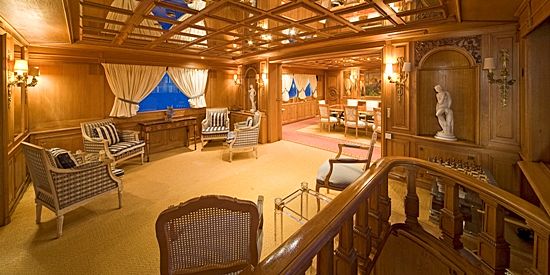 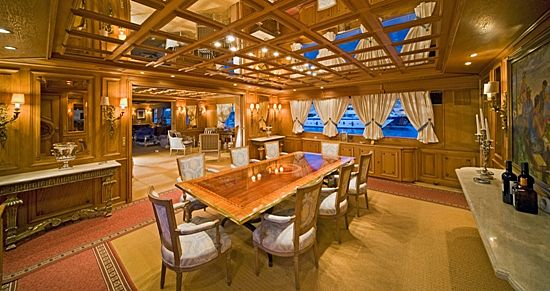 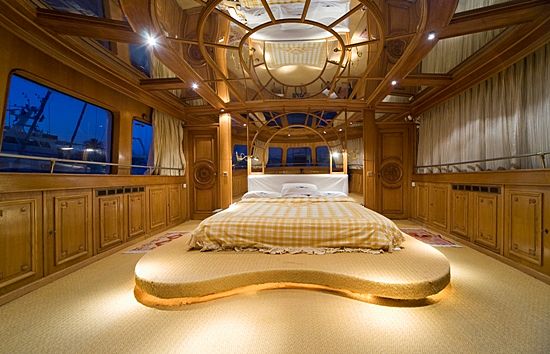 The large master stateroom is bi-level with a bathroom on each – one with marble fixtures, a separate shower room, and a spa bath, while the other is downstairs by an office area and includes a shower and toilet room. The bed sits on a platform, and there are large windows on both sides along the entire length of the room for spectacular views. 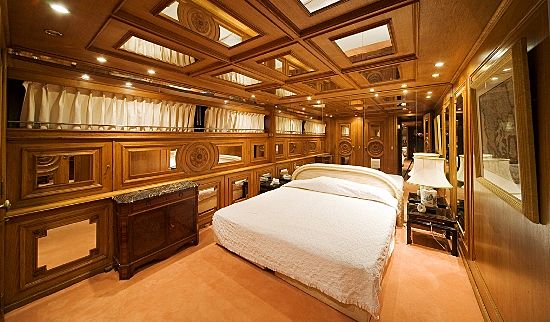 Thea features four guest cabins on the lower deck level, which each accommodate two guests. These rooms include the oak paneling which is a prominent design element throughout the vessel, as well as the yacht’s classical European motif. Like the master cabin, the guest accommodations include king-sized beds and marble baths. The crew’s cabins are also on the lower deck, forward of the guest rooms, and include five twin berth cabins, a lounge, and three showers. 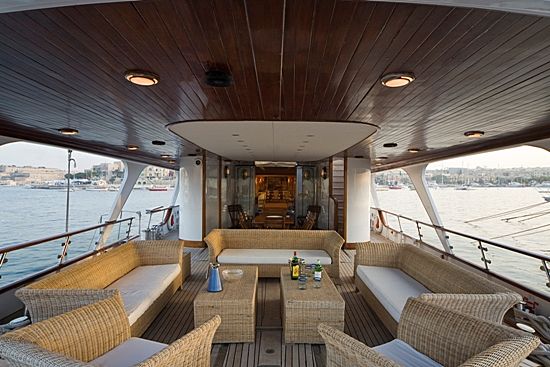 Created by the Arsenal do Alfeite shipyard in Portugal, Thea has a steel hull and an aluminum superstructure. She can accommodate ten guests and eleven crew members. Equipped with two 1350 HP Mercedes DB-820 diesel engines, the yacht cruises at 15 knots and can reach a maximum speed of 16 knots.

Fraser Yachts insists that Thea is a “timeless” vessel. “I don’t know what it is,” says Burden, “but she is special.”