Home > News > Superyacht of the Week: Exploring with Endeavour II

Arguably Rossinavi’s most capable expedition yacht to date, classifying the sleek and stylish 50-metre Endeavour II as an off-road utility vessel may not come instinctively upon first glance. It is only when you step on board this custom superyacht that you begin to realise that what Rossinavi has really built here is a transoceanic cruiser capable of non-stop voyages around the world, fitted with all the modern amenities and necessities you would come to expect from the reputable builder. 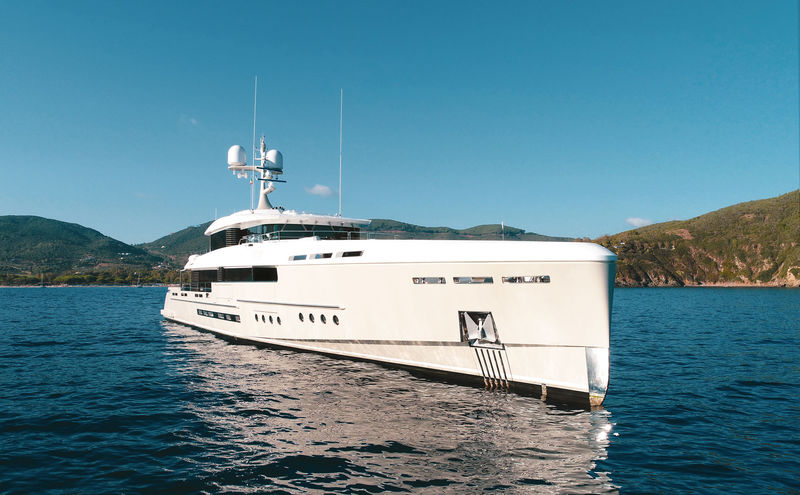 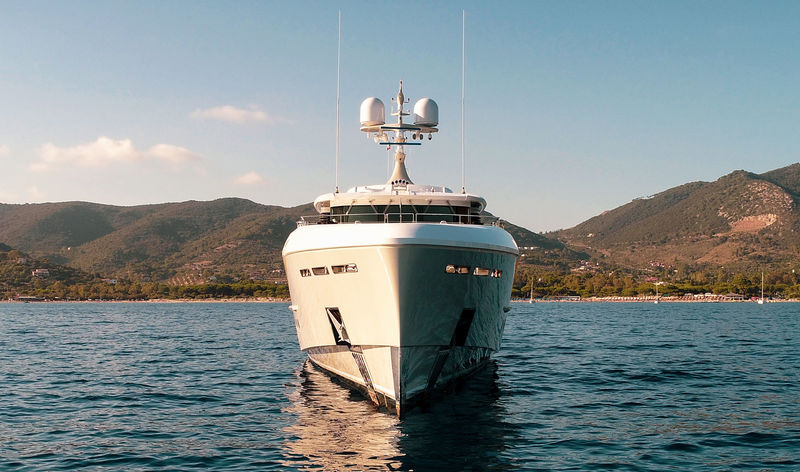 Commissioned by adventurous owners who had their sights set on the horizon and the unknown that was just out of reach beyond it, Endeavour II was to be a yacht made for unrestricted cruising from day one. Beautifully disguised with a sleek exterior and tasteful interior, this all-Italian project brought together four masters in their fields; Enrico Gobbi, Achille Salvagni and Arrabito Naval Architects who all worked closely with Rossinavi and the owners during the development and build of the yacht. 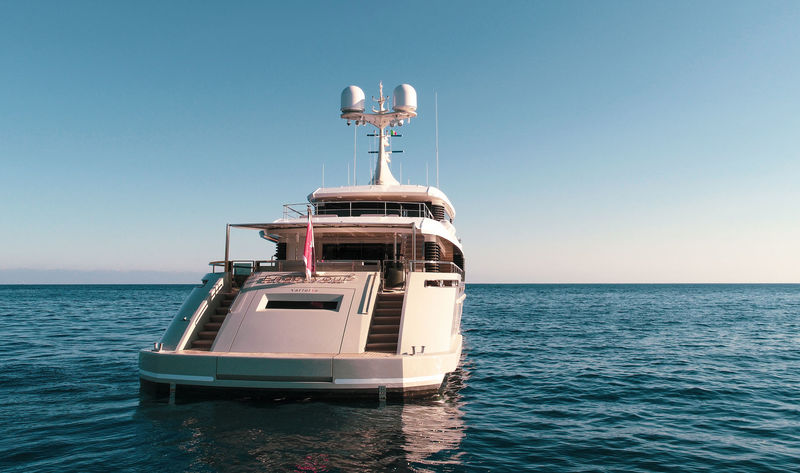 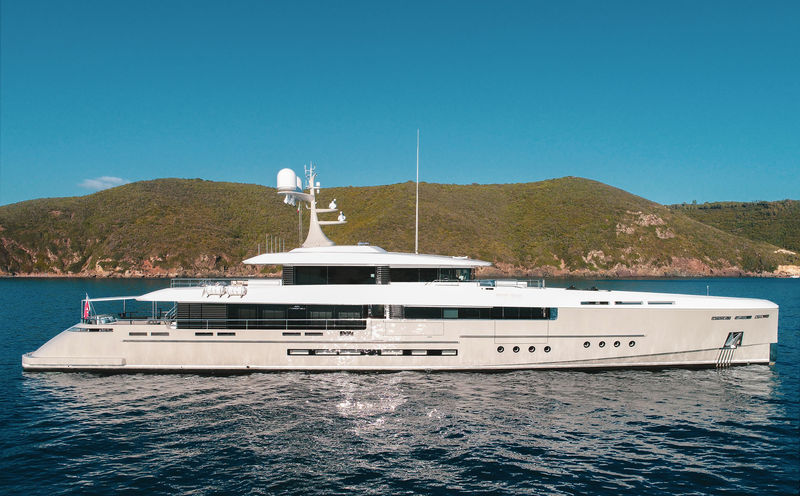 The simple exterior design of the vessel came down to a request form the owners for a minimalist approach to the profile of their yacht; one that doesn’t necessarily shout ‘explorer yacht’ but rather blends in with any surrounding she finds herself in. At the same time, efficiency would prove to be key to achieve the desired cruising range and speed that was required for her world travels, and this ultimately influenced her slender hull lines which resembles something more of a sailing yacht than a tough and rugged offshore explorer. 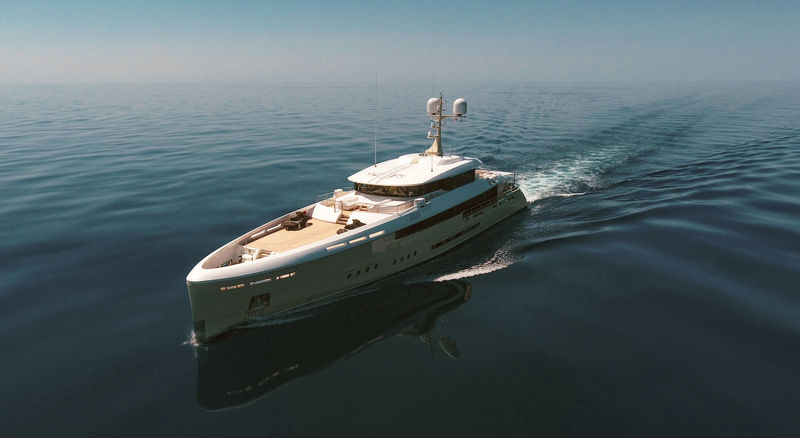 The underwater works were placed in the capable hands of Arrabito Naval Architects, who together with Rossinavi managed to pull a remarkable range of 5,000 nm at a speed of 12 knots from the hull. Designed specifically to operate with Rolls Royce’s next-gen pods propulsion system, the result is also a smoother and noise-free ride for Endeavour II’s guests. 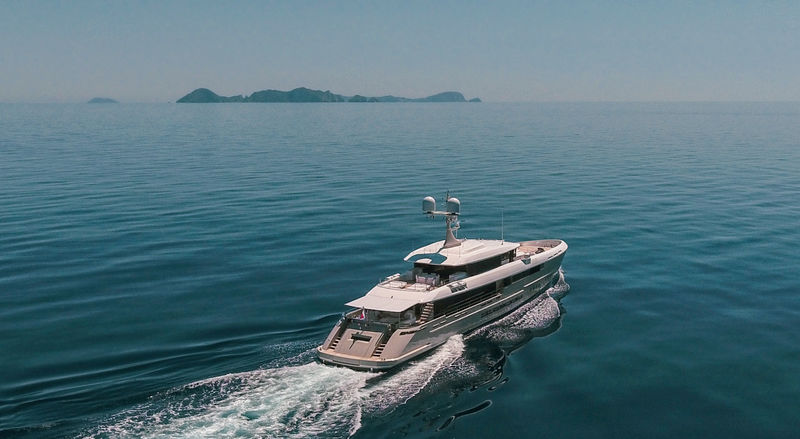 Not only is she capable of covering the distances as requested by her original owners, Endeavour II also has a few tricks up her sleeve when it comes to tender and toy storage; an area where Rossinavi had to get creative. Considering the limited size offered inside her hull, especially around the aft section, the engineering team decided to move all tender storage areas to the foredeck, ahead of the wheelhouse. 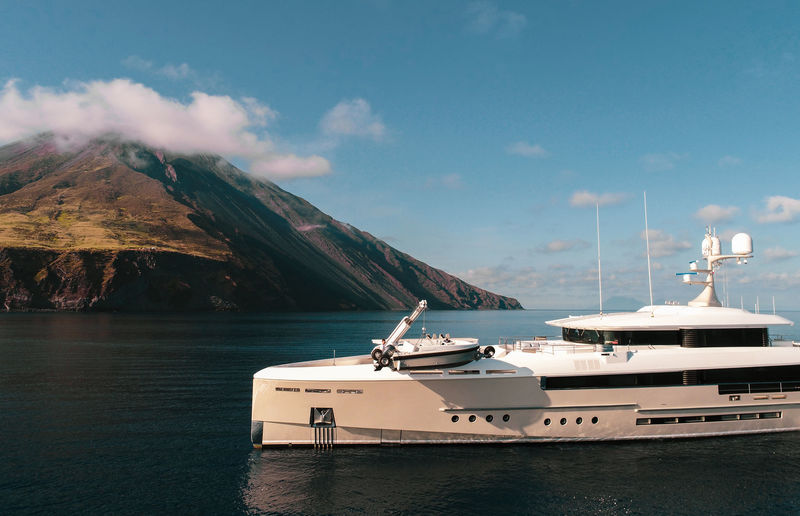 For this, the team develop a solution never before seen on a yacht of this size where huge deck hatches rise above the surrounding bulwark and pivot outward. A central crane, also hidden below deck level, can then lift each tender and lower it into the water on the adjacent side of its storage locker. The setup allows this operation to safely take place even in high wind conditions with little strain on the hatches. 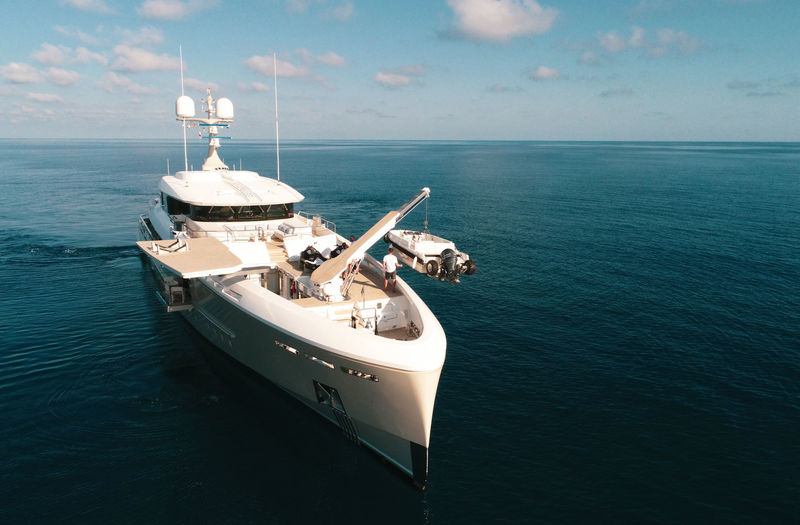 Inside, Salvagni created spaces that carry his signature playful style and functional layouts that seamlessly connects with the next. Soft pastel colours inspired by some of the owners’ favourite travel destinations and soft-touch fabrics instantly calms the senses and in many ways continues the subdued nature of Endeavour II’s multifaceted exterior. 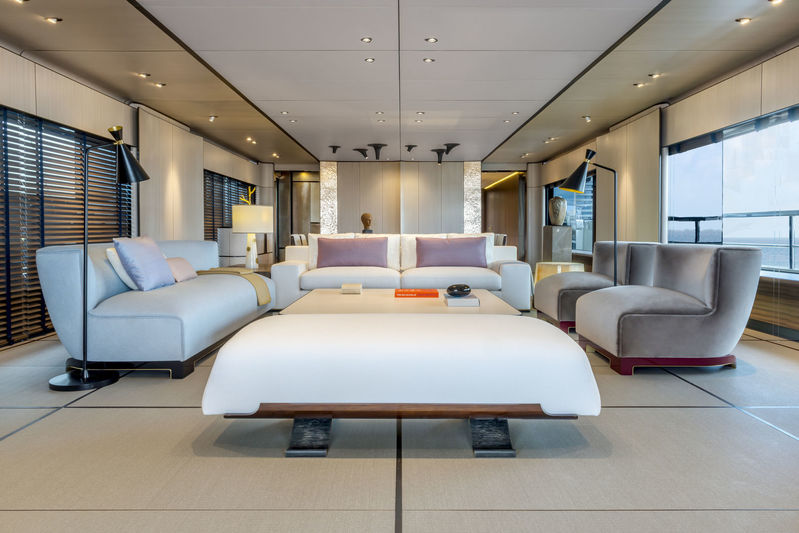 Those characteristic protruding light fixtures, the round-edged furniture and penthouse-like feel inside are all undeniable traits from the Salvagni textbook and things you pick up on instantly when entering the man saloon. 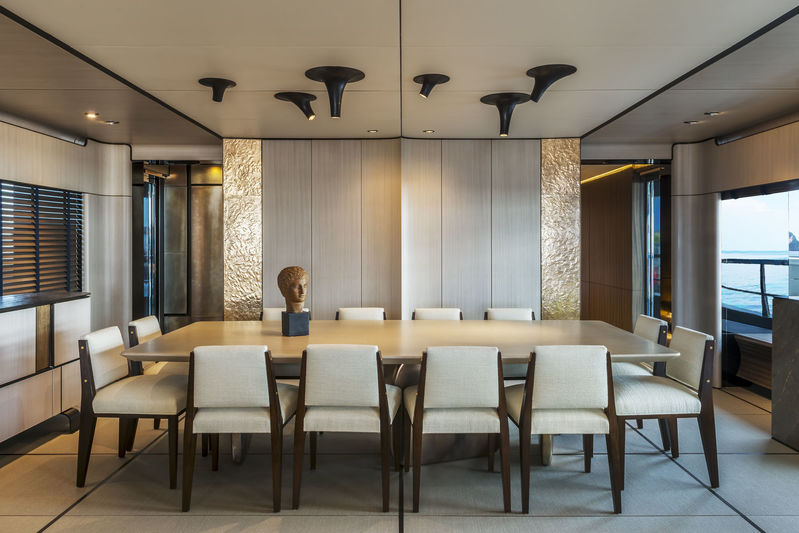 Elsewhere, furniture with a particularly low centre of gravity has been used to keep windows free of your field of vision whilst also creating a more pleasant environment to relax in when the ocean gets bumpy. 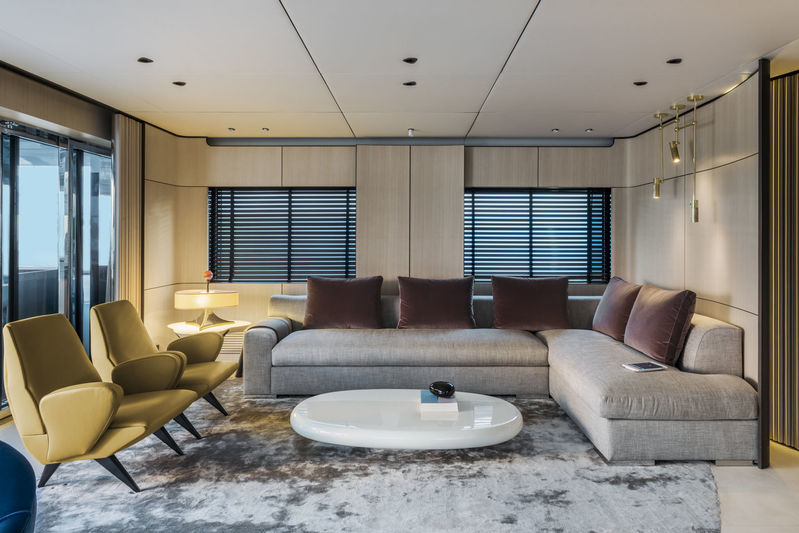 In addition to the four guest cabins on the lower deck, the master suite on the main deck comes with its own balcony on the starboard side and a private lounge that looks out over the fold-out terrace. 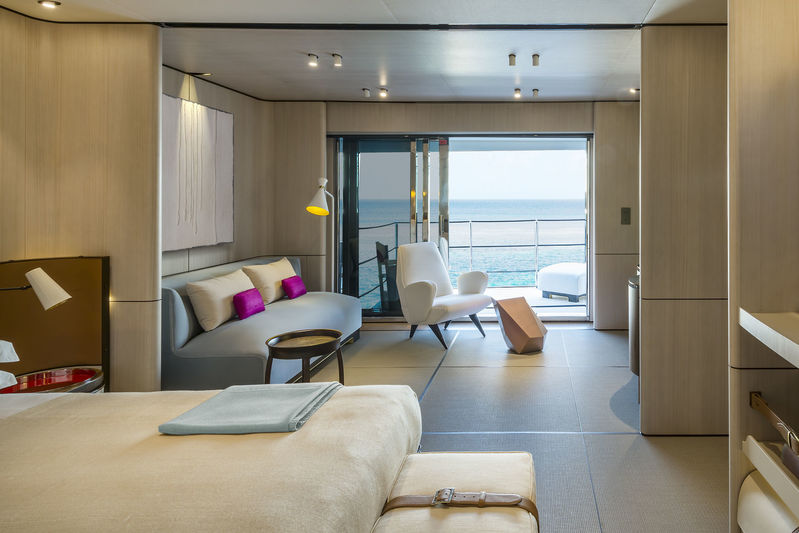 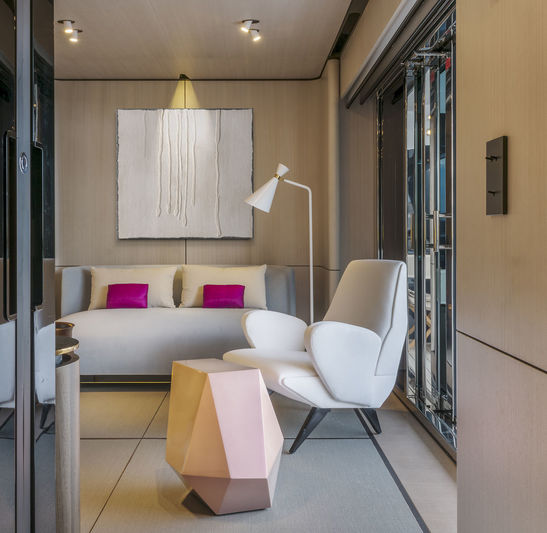 On display this year at the Monaco Yacht Show, Endeavour II is standing by to set off on that world cruise she was originally designed to undertake and is currently available for sale at €29,500,000.