Home > News > Superyacht of the Week: Falling in love with Amore Mio

Designing, developing and building the high-speed 45-metre superyacht Amore Mio was nearly an all-Dutch affair. One experienced owner gathered an all-star team to create his latest superyacht, spearheaded by his loyal captain in command for the past 16 years. Amore Mio truly is a testament to Heesen Yacht’s ability to conform to nearly any custom mould presented by their clients. 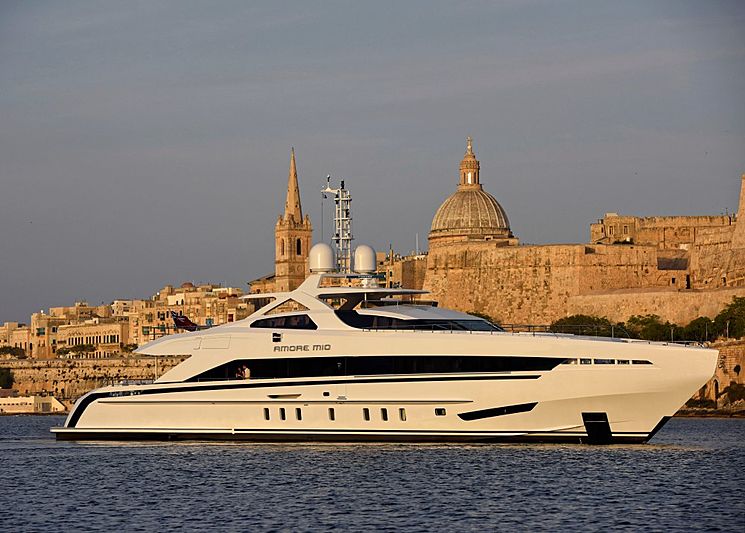 Set to make a star appearance at the upcoming Monaco Yacht Show next month, Amore Mio has been cruising the Mediterranean this past summer season. Her first Mediterranean stopover was the mystical island of Malta where she took centre stage in a photo shoot with the rugged ancient trade island as a fitting backdrop. 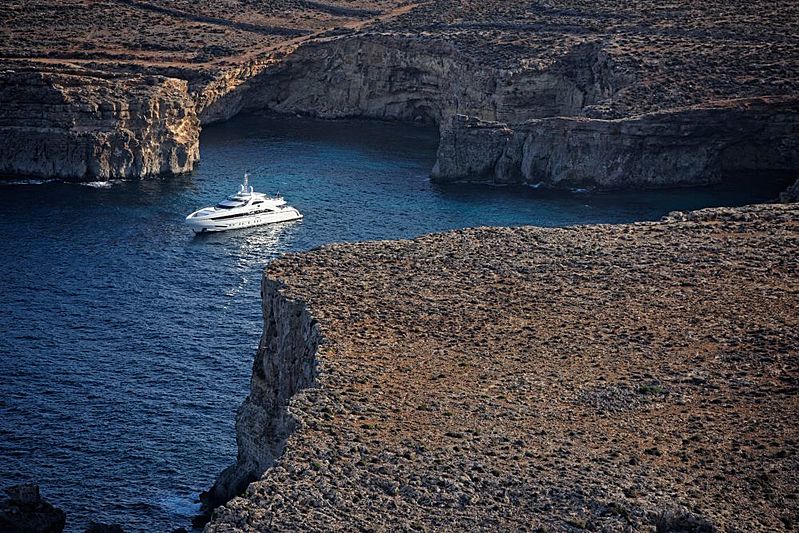 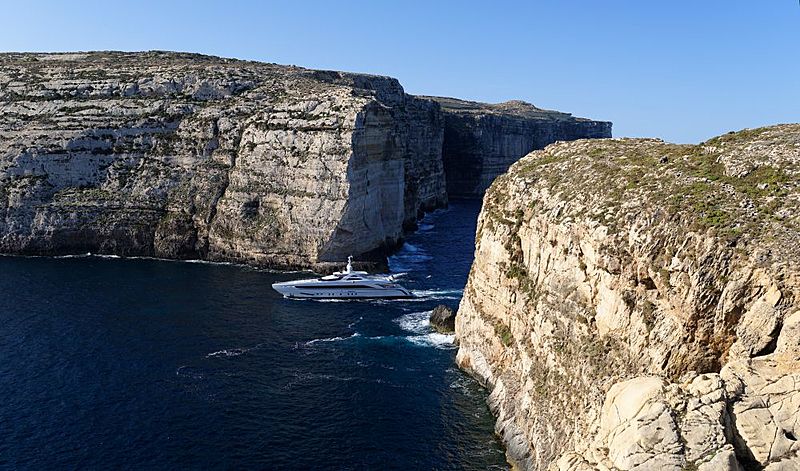 Omega Architects came up with an angular and exciting sporty exterior design that leaves little doubt as to the performance capabilities ofAmore Mio.On the other spectrum of her 30-knot top speed is welcomed range of 2,750 nm while maintaining 12 knots, that enables comfortable cruising between ports in the Mediterranean, or island hopping in the Caribbean. 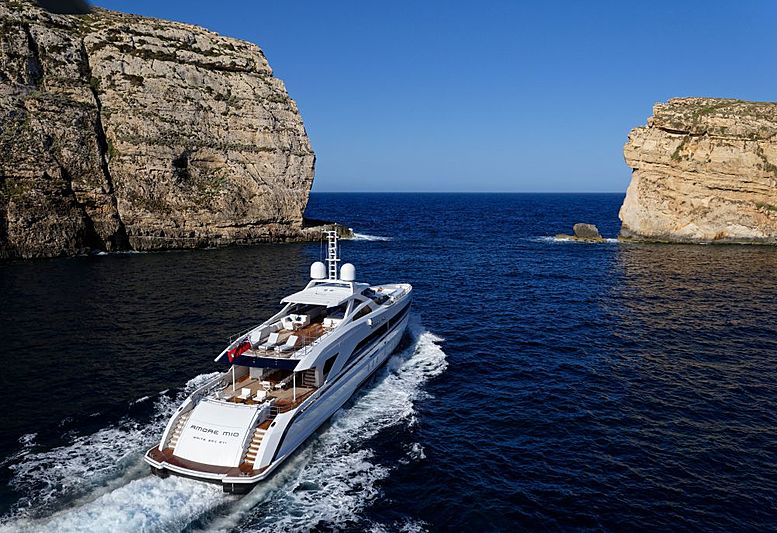 The yacht’s interior is the work of designer Cristiano Gatto, and is a mix of style and sophistication, with luxurious fabrics and warm wood paneling creating a cosy environment for her guests.“Cristiano Gatto has done a really splendid job on the interior. It’s a very comfortable yet contemporary design for a summer use boat,”comments Amore Mio’s American Captain, Tripp Hock. 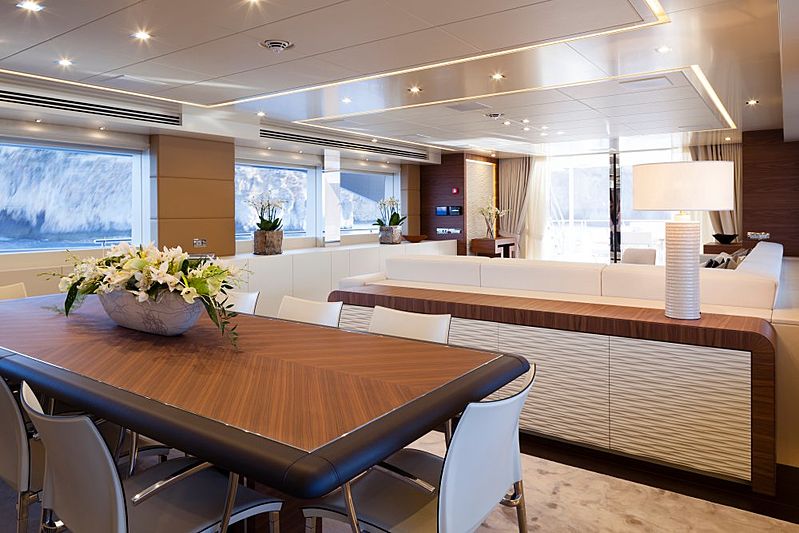 Amore Miofeatures a traditional five cabin layout, with a grand master suite forward on main deck that houses comforts such a large corner sofa and vanity table on port side. The suite is completed with a large walk-in wardrobe and generous en suite bathroom, both separating the cabin from a potentially noisy technical area on the foredeck. 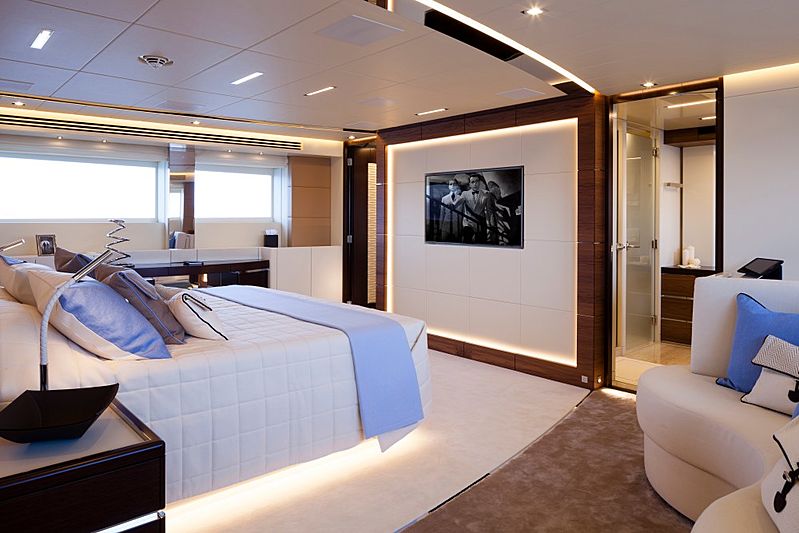 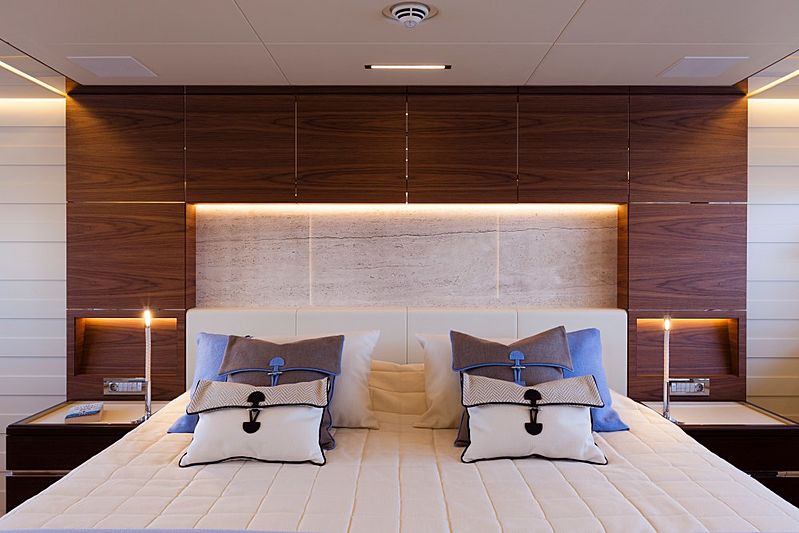 The four remaining cabins consist of two double and two twin cabins, located on the lower deck. The two VIP cabins, placed amidships, have their beds turned to face inboard. This arrangement allowed this lower deck to accommodate the central staircase’s landing which leads to each of the four cabins. 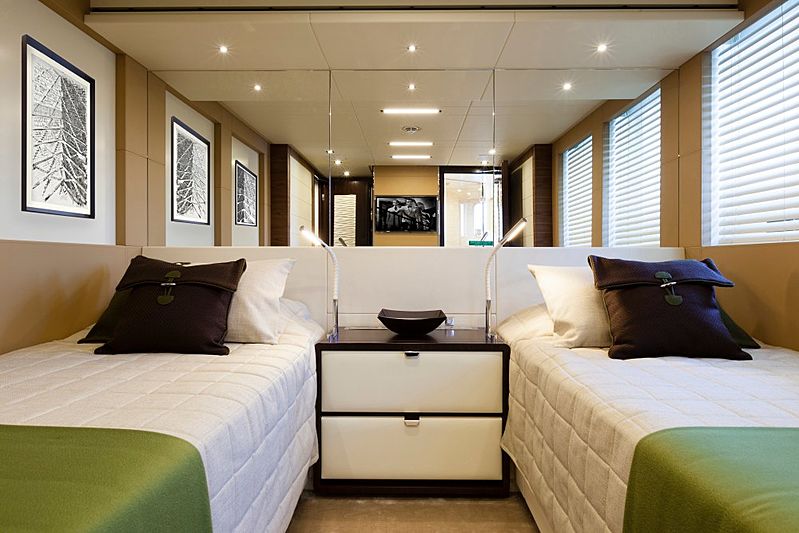 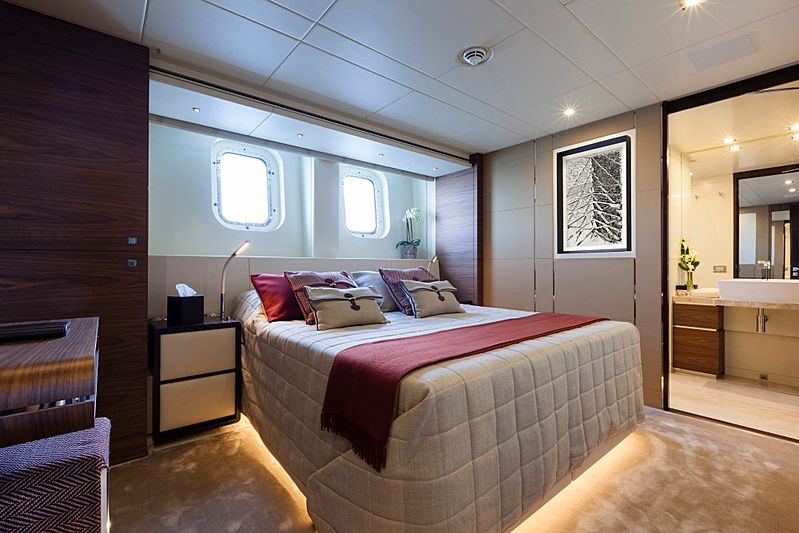 The large flybridge area has been specifically designed to facilitate the owners’ daily morning yoga sessions. This space provides a wind-free corner to escape while still being able to enjoy the surrounding views. “The massive deck spaces both on the main deck and flybridge make you think you are on a much bigger boat,” Hock continues. 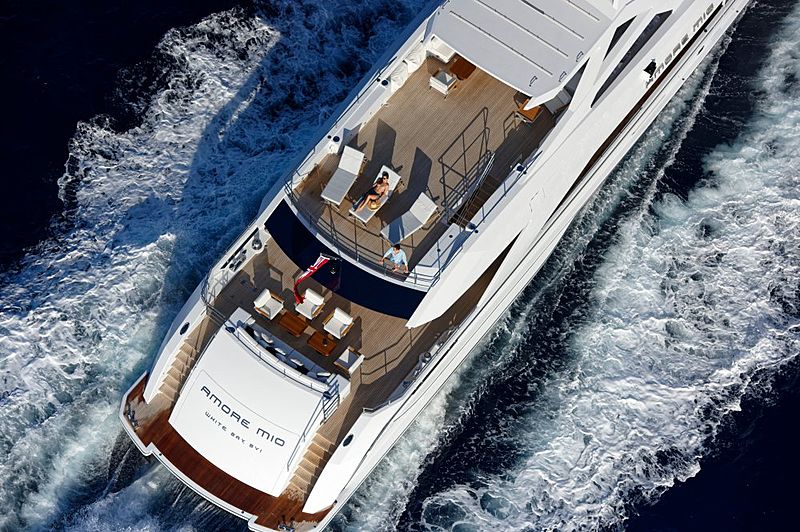 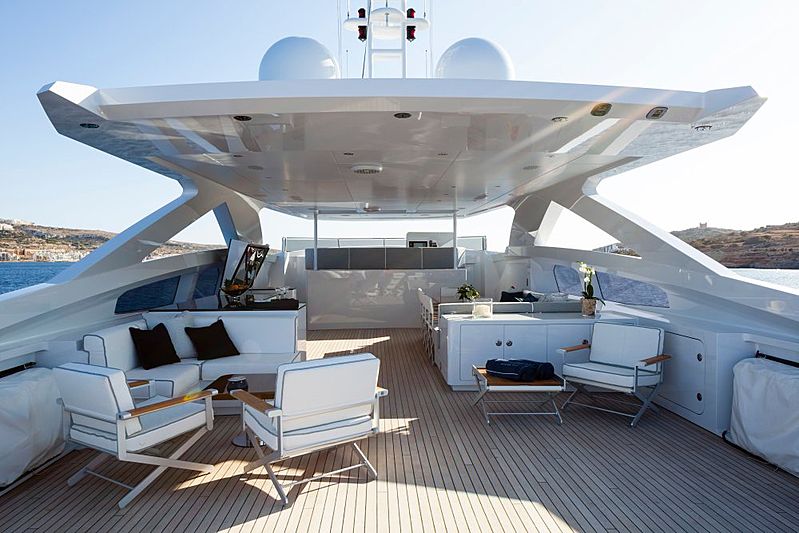 Amore Miois currently for sale through Heesen USA at an asking price of€28,700,000 excluding VAT.View for yourself during the Monaco Yacht Show in September. 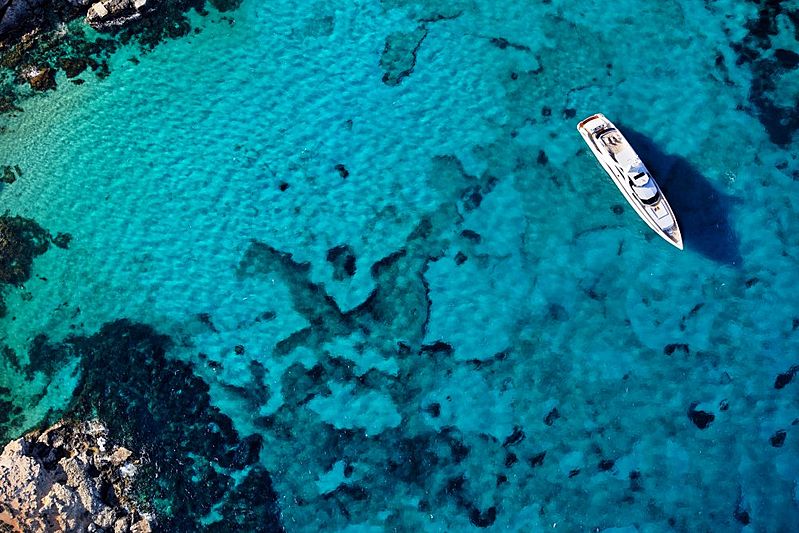