Launched in June of this year, the Filippetti Navetta 30 superyacht is part of the company’s green line, and aims for maximum comfort whilst maintaining the utmost respect for the environment. She is designed in line with eco-friendly principles, featuring a displacement hull, soft, rounded lines, low emissions and consumption. 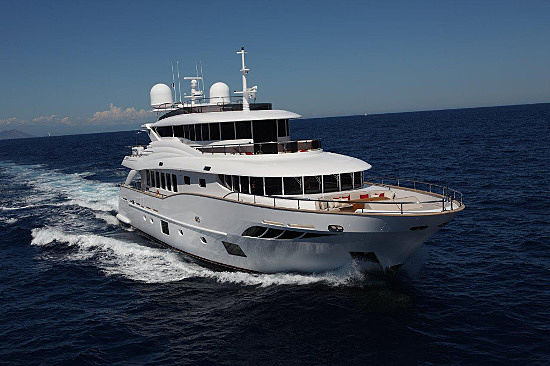 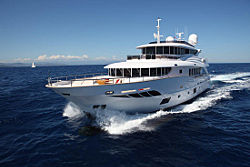 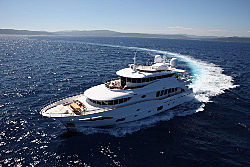 The first Filippetti Navetta 30 comes with six cabins and a revised layout. On board, a series of original design solutions have been adopted, resulting from the desire of the owner to reserve more private spaces and accommodate a large number of guests. 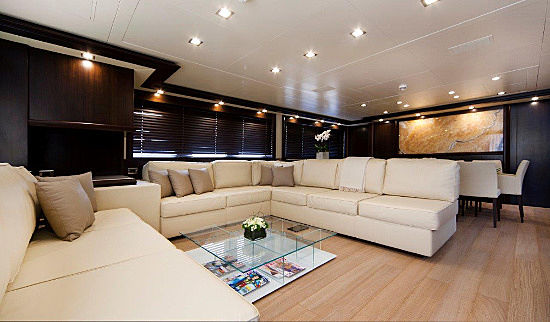 The standard version of the Navetta 30 comes in a five cabin layout, and accommodates guests over four en-suite cabins, including two doubles, all located below deck. The luxurious master cabin is found in the bow area of the main deck, offering spectacular panoramic views and abundance of natural light from the large windows. An internal staircase in the cabin leads to another area with a large, sophisticated bathroom, walk-in closet and an additional room. 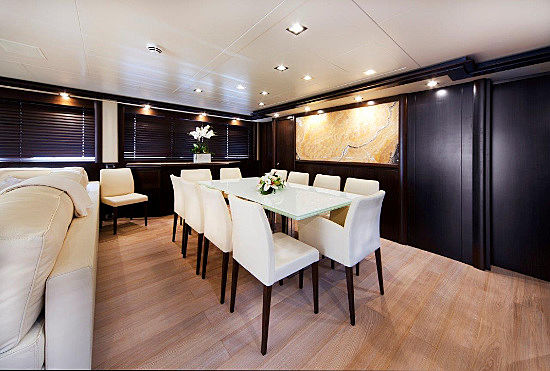 The rest of the main deck includes an open-space salon with a dining area and lounge.There is another lounge area situated on the upper deck, where it is possible to directly access the bridge. 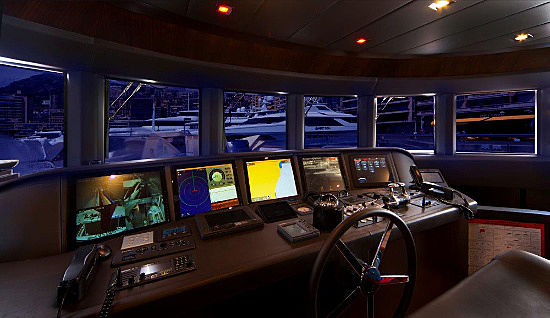 The water and fuel autonomy allows for non-stop sailing, and owners and their guests can enjoy relaxing cruises with minimal environmental impact. Powered by 1,200 HP MTU 8V2000M93 Diesel engines, she has a maximum speed of 17 knots, a cruising speed of 13.5 knots, and a range of 550 nm. 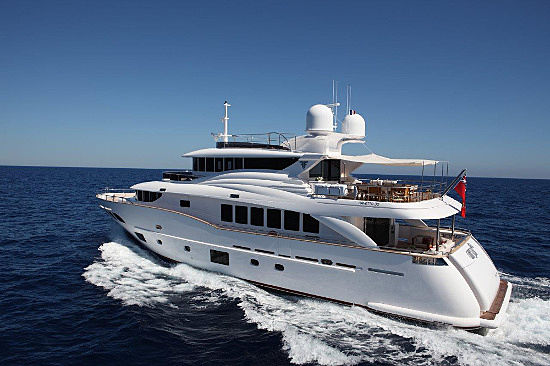 Talking recently with SuperYacht Times’ Merijn de Waard, Giovanni Filippetti tells us more about the company, the development of the Navetta 30 and what’s in store for them in the future. 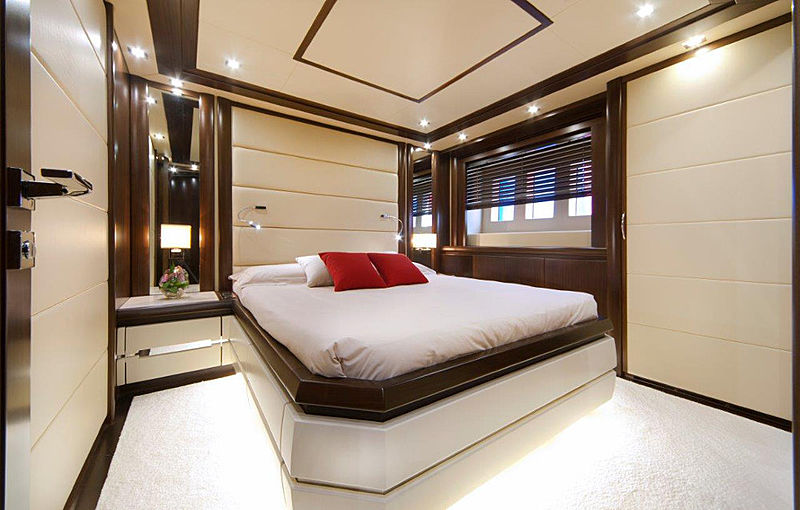 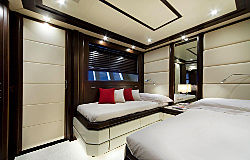 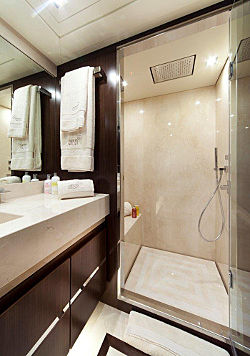 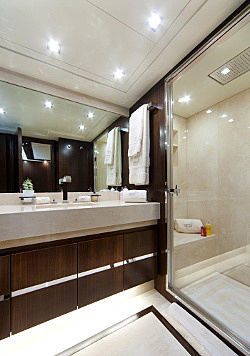 Founded in 2009, it could always be viewed as a risky venture to establish a brand new company in the luxury boat industry in the midst of a financial crisis. To this, Giovanni jokes, “We’re crazy, you know!” before continuing on a serious note. “We already had some clients that came from Pershing and some other brands, and we had the knowledge, the people and the big factories. We thought this is the same situation my father was in 30 years ago - why shouldn't we start again? And that’s what we did. The market was very slow in the last five years, but our company is a family company and we don’t need to build ten boats a year. We only have to build three or four custom built boats a year, and we only begin the production process once the boat is sold.” 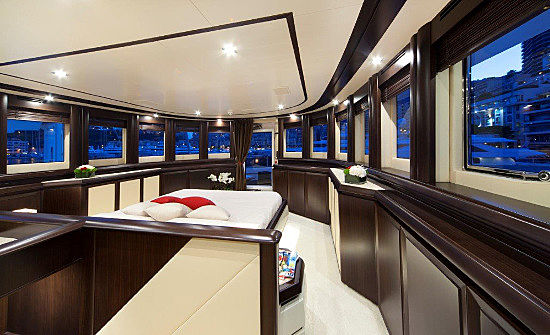 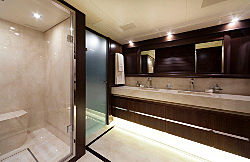 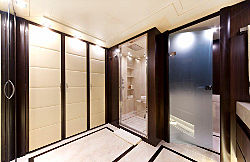 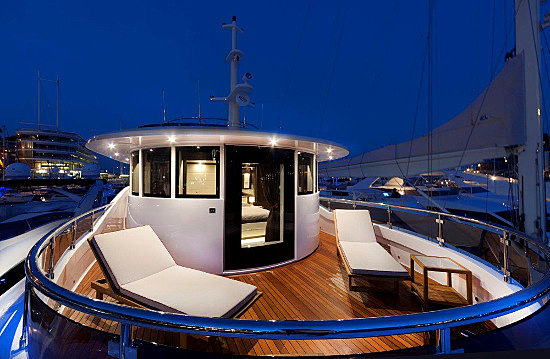 Filippetti Yachts are currently in the process of expanding their line with a new model, the F930. The fly bridge boat is being built for an American client, and will feature two large engines, as well as a more aggressive style and shape than previously seen from the shipyard. Set for launch in 2015, building is well underway. 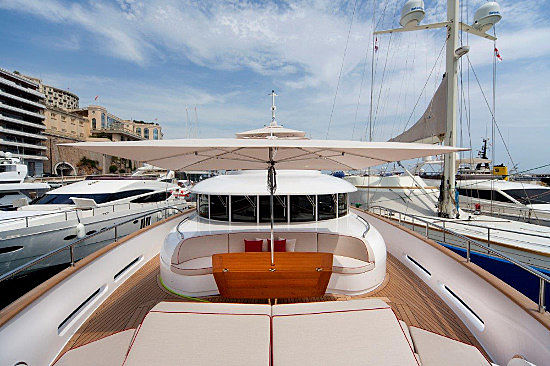 When asked about the possibility of developing yachts of 40 metres and bigger, Giovanni states, “We already have a 35 metre Navetta project, so I think that we will go bigger, but step by step like we did on the Navetta line. With that line, we first had the 26 metre, then the 30 metre and we are currently working with the client on a 35 metre Navetta. Everything step by step.”