New superyachts always attract considerable interest during the time of their launch, especially when the shipyard behind the project is the famed Dutch yacht builder, Feadship. But every now and then a number of yachts seem to disappear off the superyacht radar following delivery to their owners, and a certain amount of mystery develops around these elusive vessels. In this sense, the 58-metre Larisa can be classed as just one such superyacht which has become a bit of a rarity – until now that is. For the first time, her owner has now allowed the outside world on board to show off Larisa’s level of craftsmanship and outstanding features. 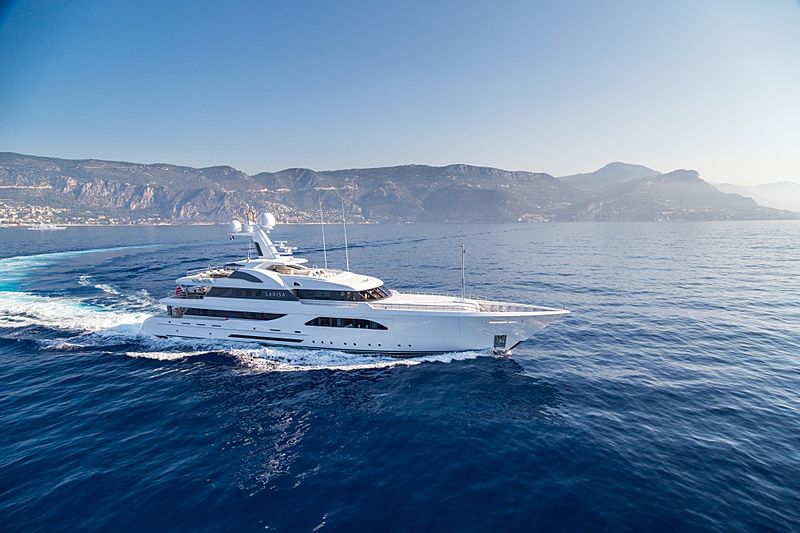 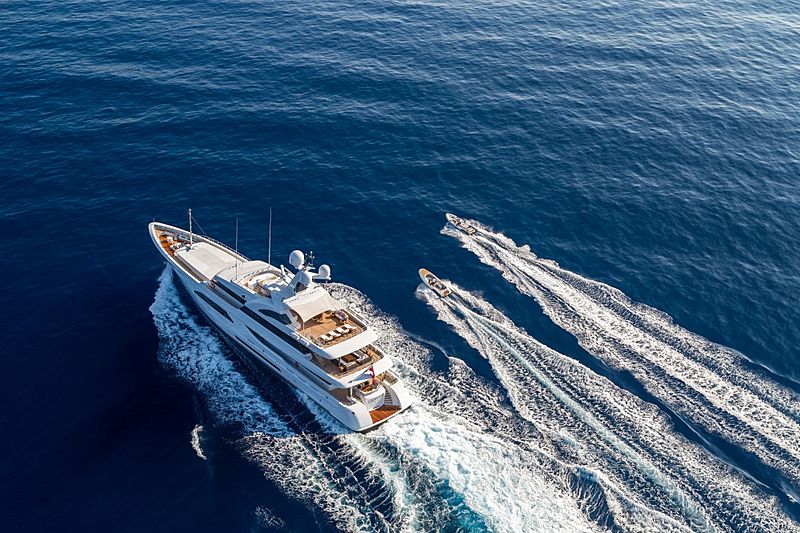 Custom-built in 2013, Larisa is not only ‘new’ to the yachting world but is, essentially, in the same untouched state as she was when handed over by Feadship four years ago. The same captain and engineer since the build of the yacht and a relatively breezy Mediterranean itinerary by her owner means that Larisa is quite literally one of the best-kept yachts of her type on the water today. Throw in a meticulously developed engineering plan and exterior design by De Voogt and a signature Bannenberg & Rowell interior, and it becomes clear why Larisa deserves centre stage as this week’s Superyacht of the Week. 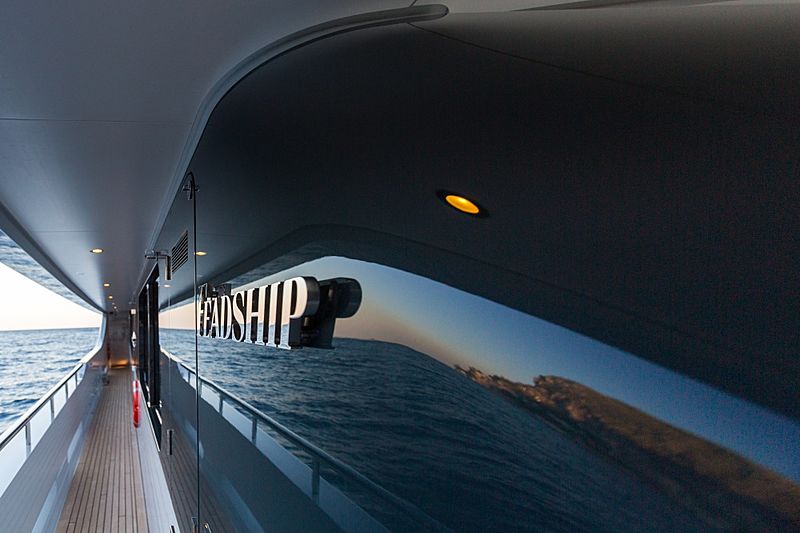 Looking down from above, Larisa, measuring nearly 60 metres, has on offer a sundeck space that stretches over a third of the yacht’s total length. This prime outdoor space is split into two areas with an elevated sun lounger and Jacuzzi at the forward part and an open aft deck with stylish loose deck furniture. Perfect for hosting larger groups of guests, this entire deck is transformed into a scenic entertainment venue by clearing all furniture and leaving the family-sized dining table as a striking centre piece. 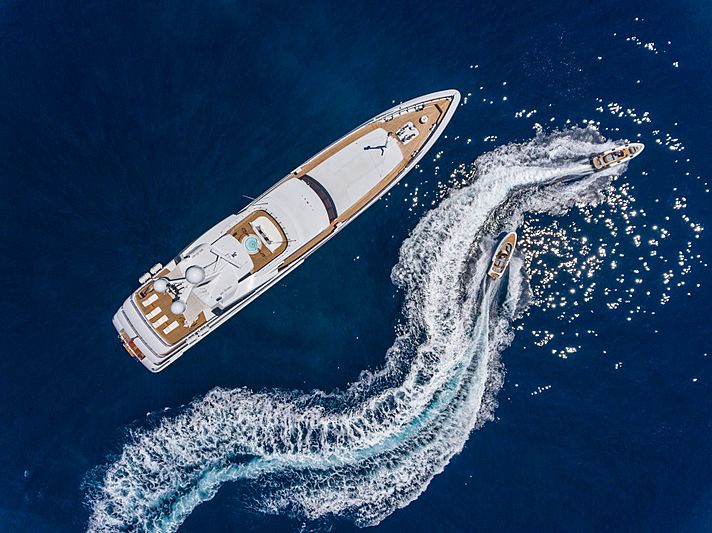 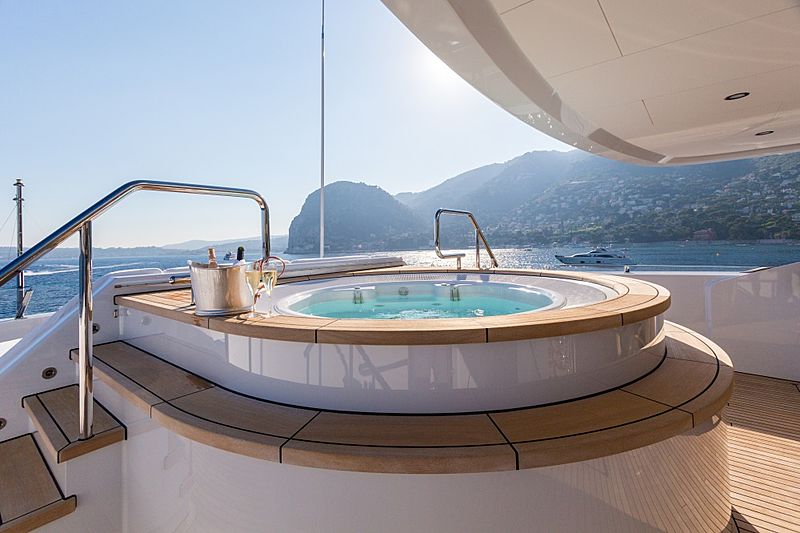 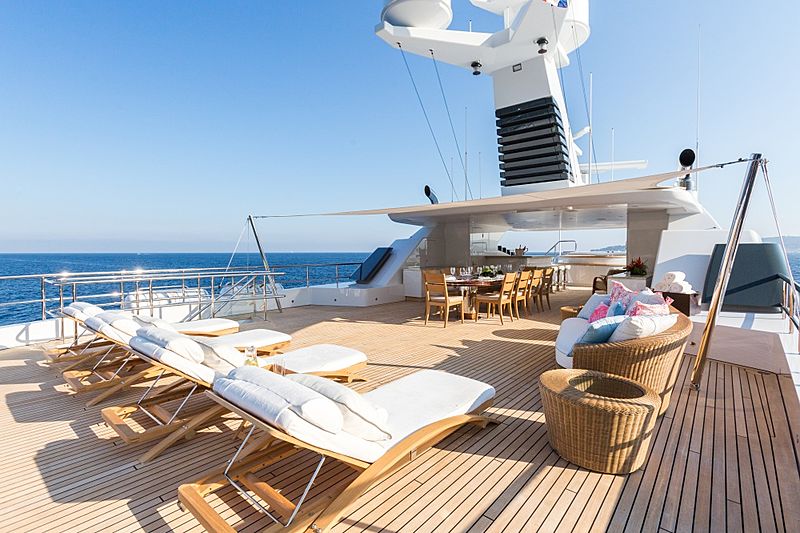 If the sundeck is the entertainment zone, the bridge deck would be reserved for the after party. Here guests can relax in a more intimate and secluded outdoor area on two large L-shaped couches that almost seamlessly connect to the dining area inside. 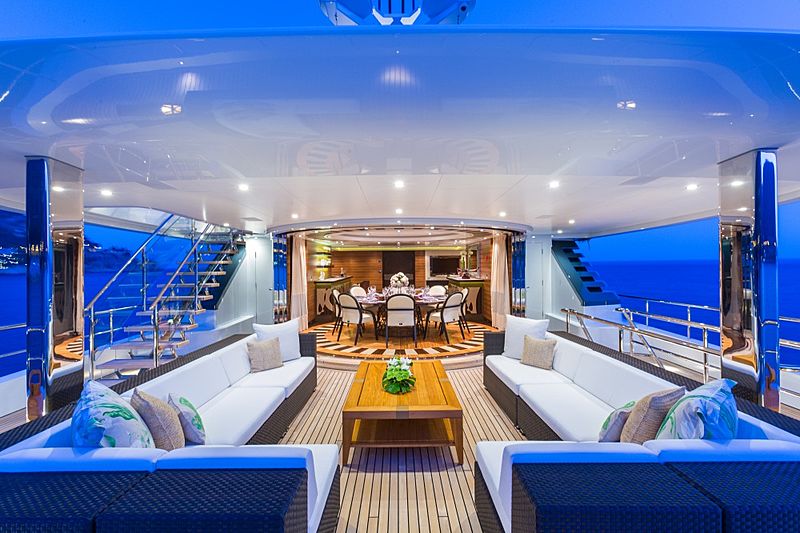 Step inside and the space opens up to the full width of this deck to reveal a comfortable lounge area on the starboard side and fully-equipped bar to port. The Feadship craftsmen’s joinery skills are highlighted here through intricate details found in the deck arrangement and bulkhead veneers. A plush leather ceiling adds a softer touch and cuts through some of the hard edges in the saloon. 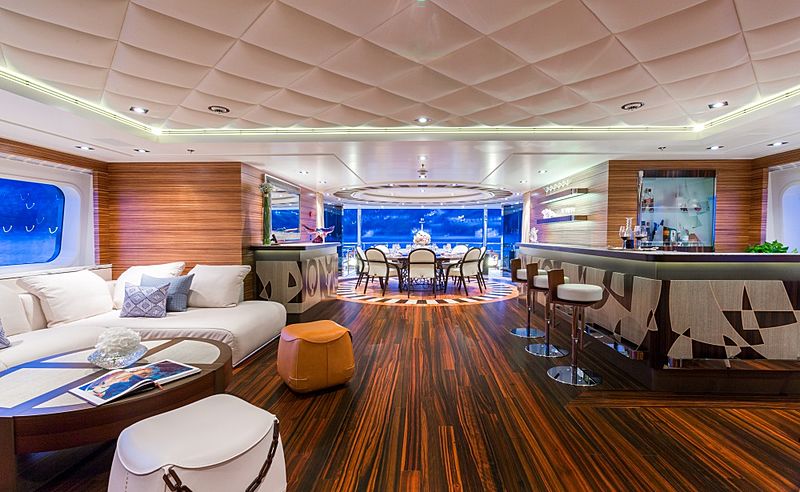 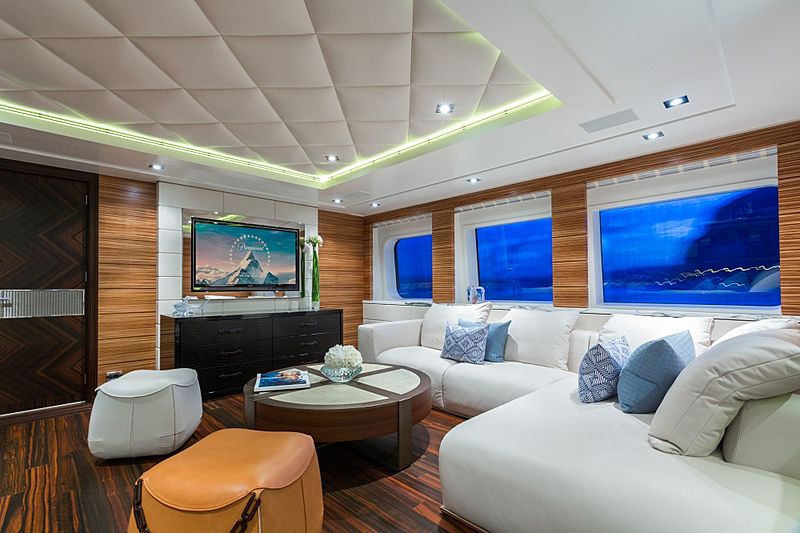 All the way forward one finds Larisa’s wheelhouse. As the nerve centre of the yacht, it is from here that her captain controls the 2,280 kW of power derived from the twin MTU engines that give the yacht a top speed of 15.5 knots. 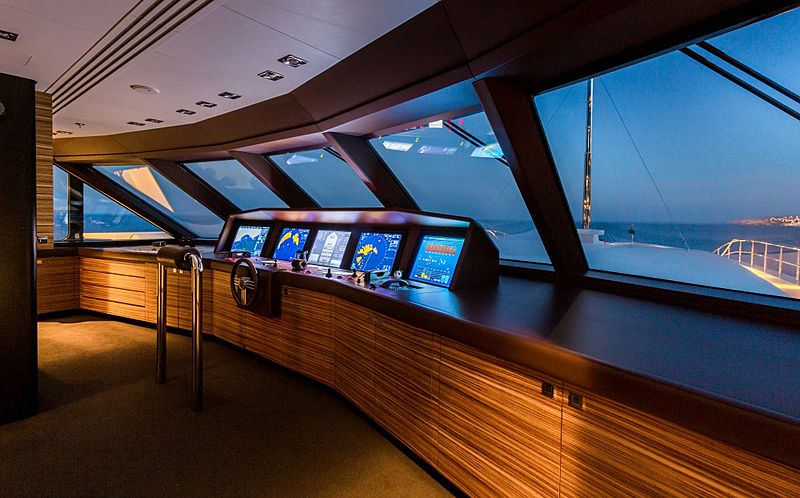 As the landing deck for most guests to board the yacht, the main deck has been kitted out with all the bells and whistles. Here in the main saloon Bannenberg & Rowell went the extra mile to create a welcome environment through creating not a single expansive room but smaller, more intimate niches spread across the entire saloon instead. Larisa’s remarkable woodwork is visible here perhaps more than in any other part of the ship. 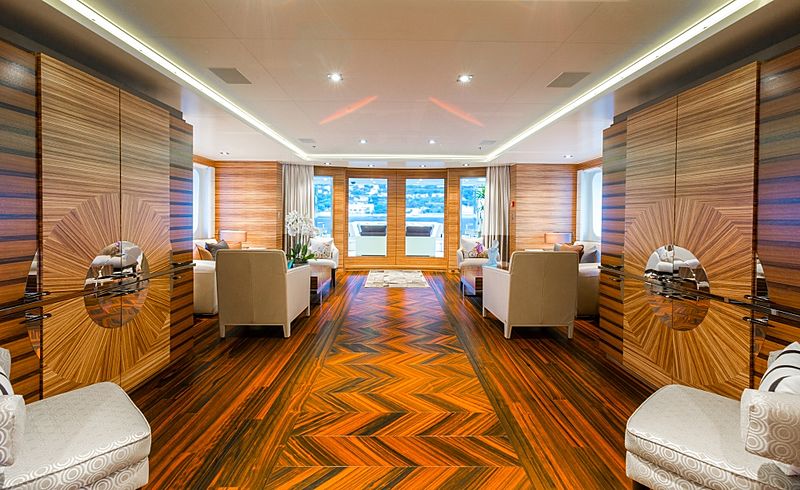 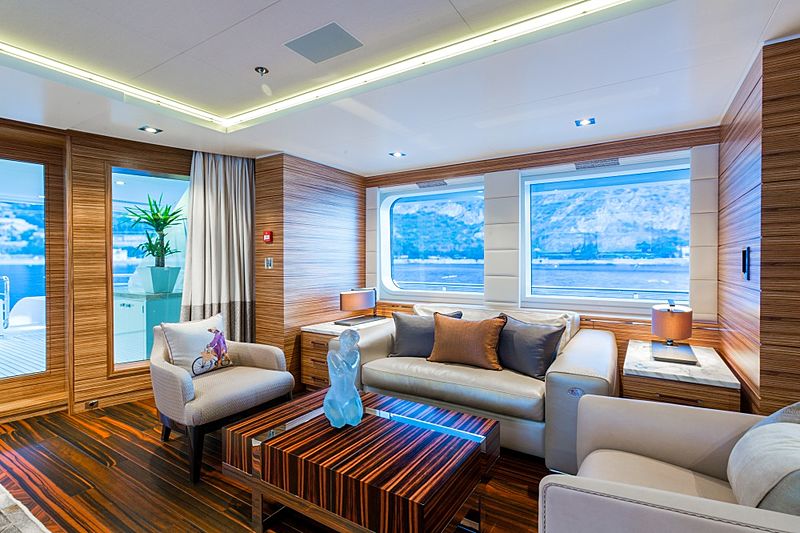 The forward part of the main deck is reserved for the owner’s suite. This elegantly-styled ‘apartment’ becomes a true home-away-from-home when at sea. Bannenberg & Rowell offset the bed’s position to port to leave a wide corridor open on the starboard side which also leads out onto the owner’s private fixed balcony. No hydraulic hatch controls needed here, the fresh sea breeze is just always just a few steps away. 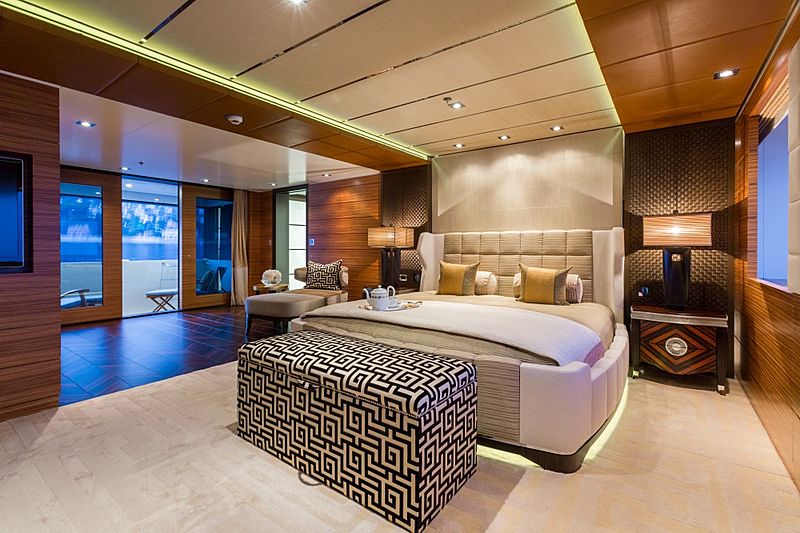 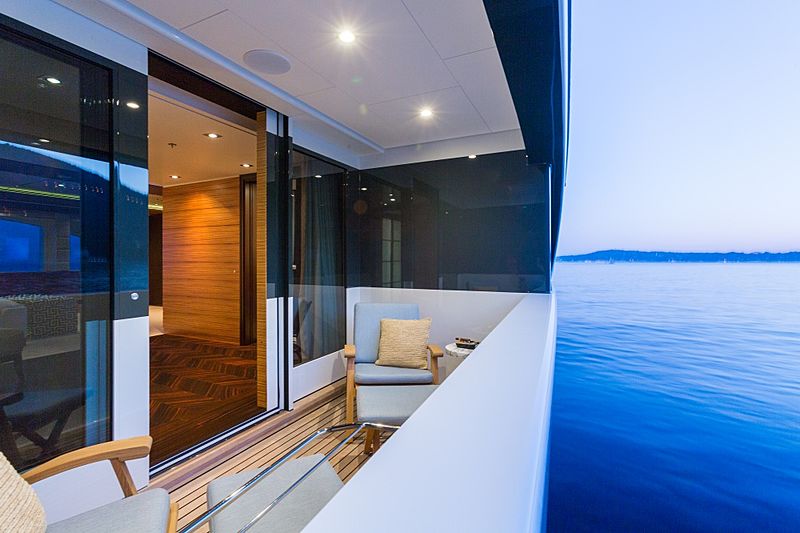 The tasteful decoration is continued in the bright ensuite bathroom which comes with a view of its own - no better way to start the day. 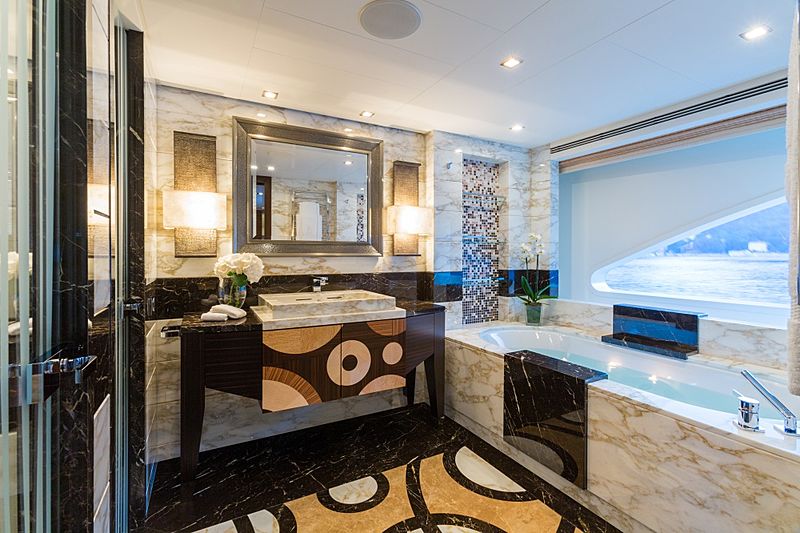 Guests are treated to the same level of luxury one level below on the lower deck. Here a grand full-beam VIP suite will impress even the most discerning guests with a private lounge and plenty of walk-in wardrobe space. The ability to transform this area into two separate guest suites with fittings and connections already in place shows the forward-thinking experience of the project’s build team. Such a renovation would mean Larisa could carry up to 10 guests in five cabins. 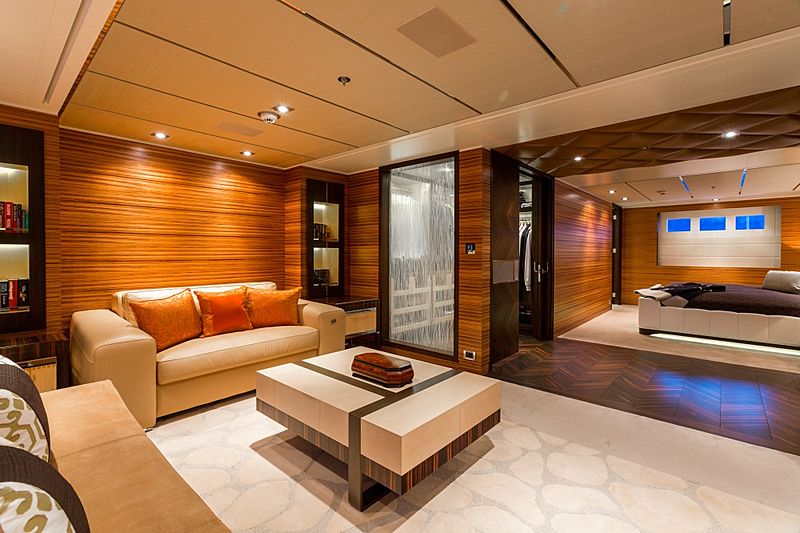 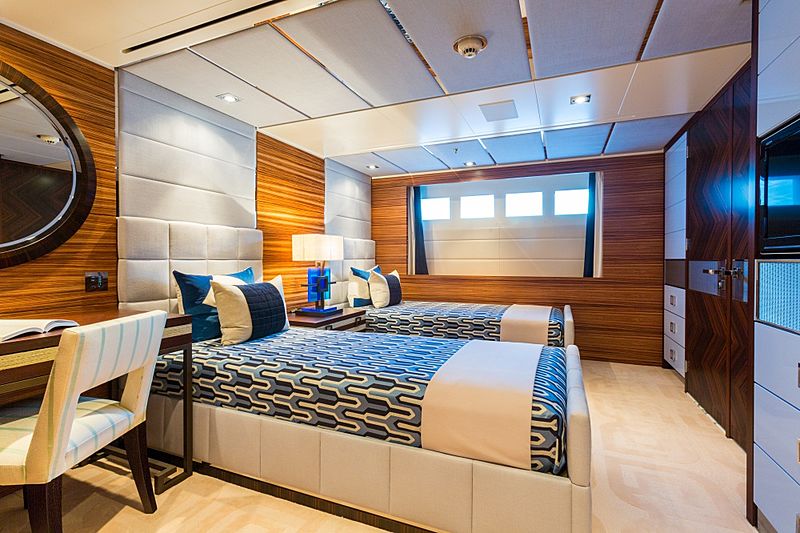 When the anchor has dropped and it’s time to play, Larisa’s crew open two gull-wing hatches in the very forward part of the yacht to reveal two seven-metre Pascoe tenders along with an impressive array of watersports gear. 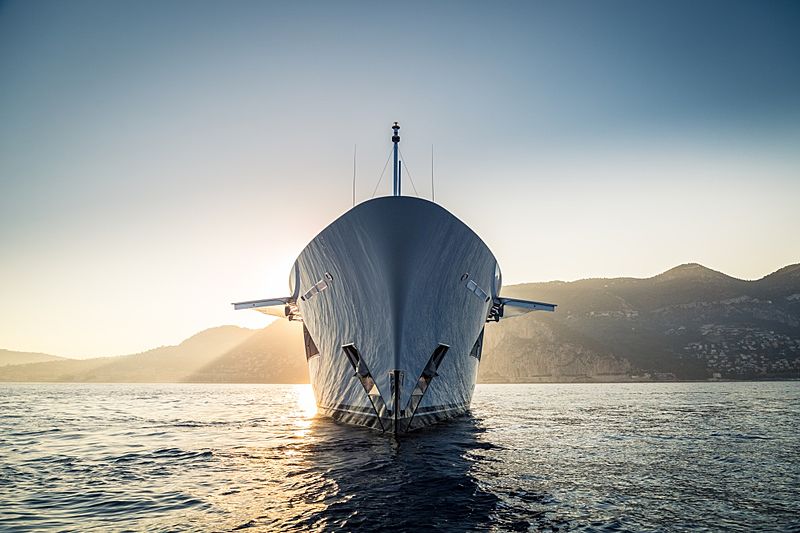 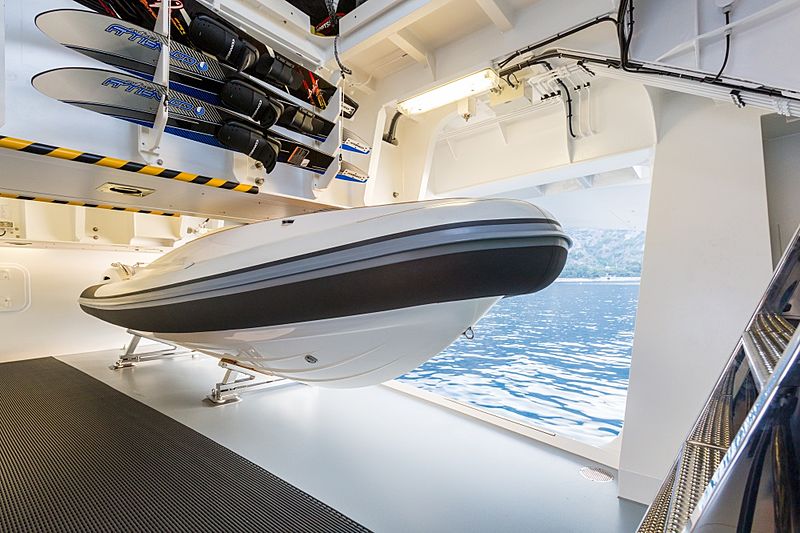 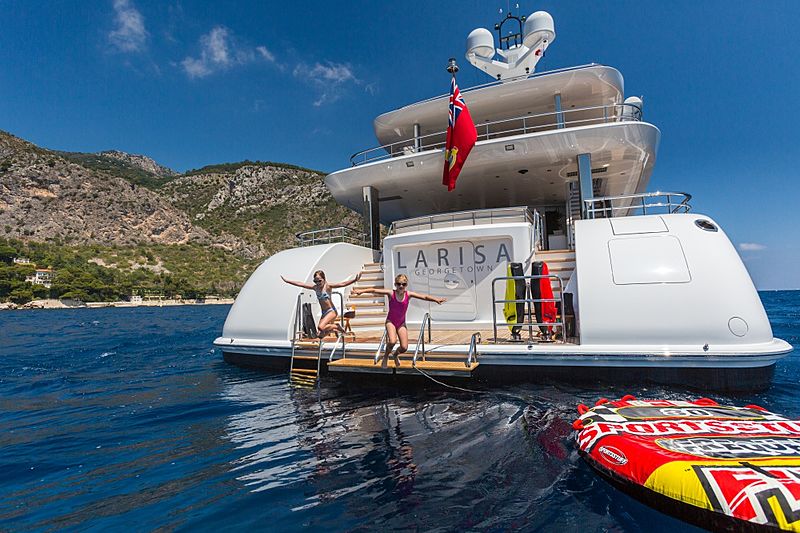 Now on the market for the first time since her launch, Larisa is undoubtedly the shining star in this market segment and presents a unique opportunity to own a one-of-a-kind Feadship in impeccable condition. 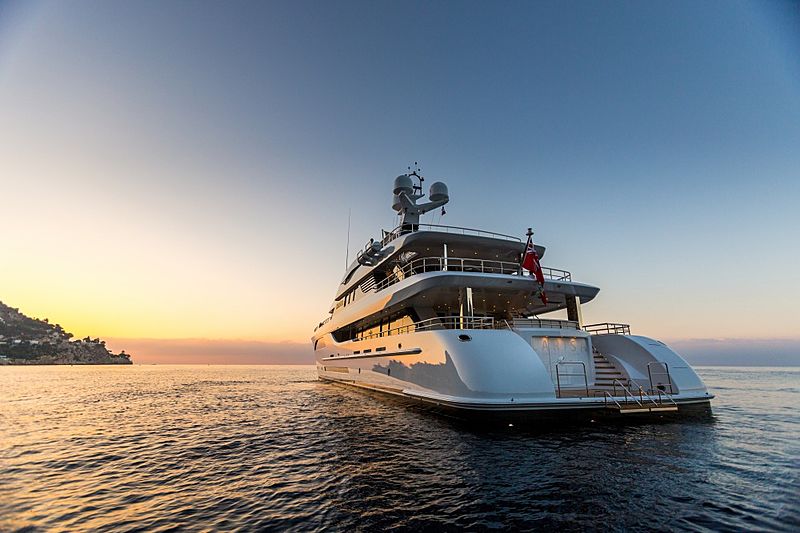 To learn more about Larisa, head over to Y.CO herewhere she is listed for sale with Will Christie as central agent. The yacht will be on display at anchor outside the Monaco Yacht Show in two weeks' time. For more information Christie can be reached at +44 7967 551 521 or [email protected].