Setting the industry alight with its innovative features and clever use of onboard space at the time of her launch, Seven Sins has been enjoying a busy summer charter season under the management of her very experienced and charismatic co-owner, Hugo Verlinden. In many ways, Seven Sins, the first in the Italian yard’s 52Steel range, has raised the bar of what is possible on board a yacht of this size and if I could describe the project in one word, smart would be it. 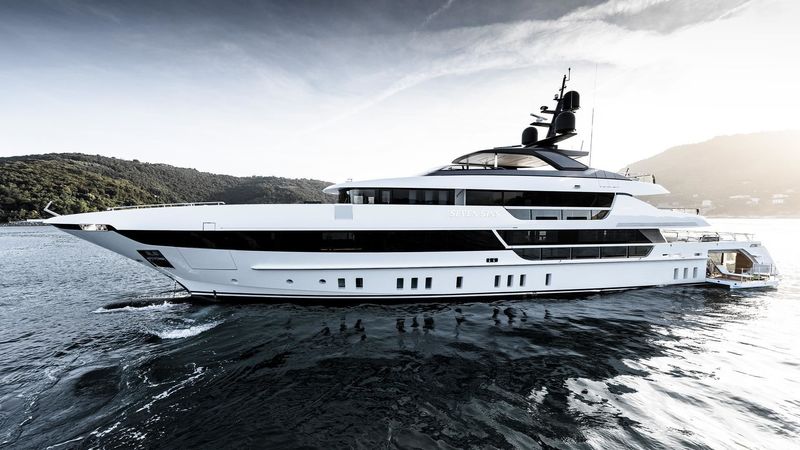 Smart, not only in the way that Sanlorenzo has managed to cram this many features into one well-proportioned and appealing design but also on the owner’s front who has embraced the co-owner philosophy to make yachting as a lifestyle not only more affordable but perhaps even lucrative. Verlinden’s relationship with Sanlorenzo dates back to 1977 when he commissioned his first yacht from the builder – an 18.5-metre motor yacht. Several years or owning and managing his own yachts has given him the clarity and experience to know exactly what needs to go on board his largest yacht ever. At the same time, Sanlorenzo, with its rich history in yacht building and engineering know-how was just as ready to innovate as the yacht’s owner. A perfect match, if you ask me. Designer Mauro Micheli of Officina Italiana Design is credited as the mastermind behind the concept that the 52Steel captures so well. Seven Sins is all about bringing the outside in and offering home comforts to guests out on deck. Balconies, skylights and a layout that encourages guests to explore every corner of the available deck space make this yacht the perfect lifestyle partner wherever she is located. 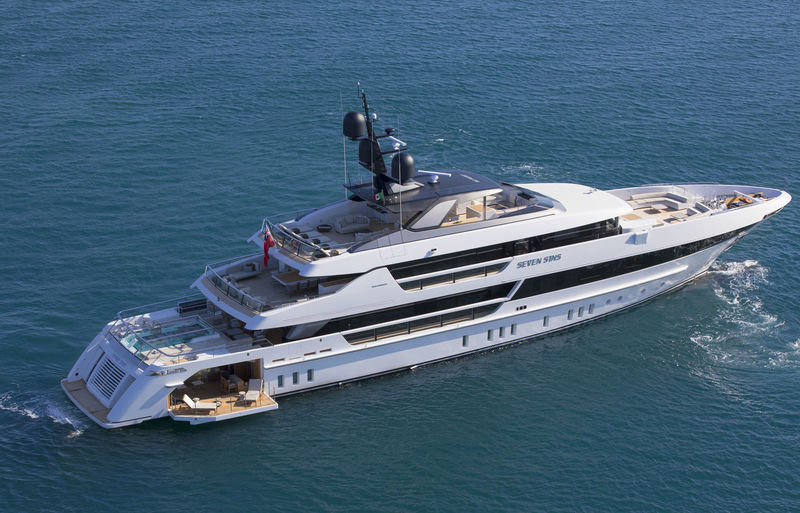 One of, if not the most defining feature of Seven Sins is most certainly the beach deck and main deck pool above. This combination puts the yacht in a class of its own with such a tropical setup on board 52-metres of yacht. Light that flows through the glass pool above beautifully lands on the deck of the beach club and illuminates the space as if you are standing on the foredeck. Gone are those crammed, claustrophobic spaces tucked away in the stern of a yacht called beach clubs. With doors opening on three sides and a view to the sky above, this concept is not new to yachting but has certainly been executed to near perfection by Sanlorenzo. 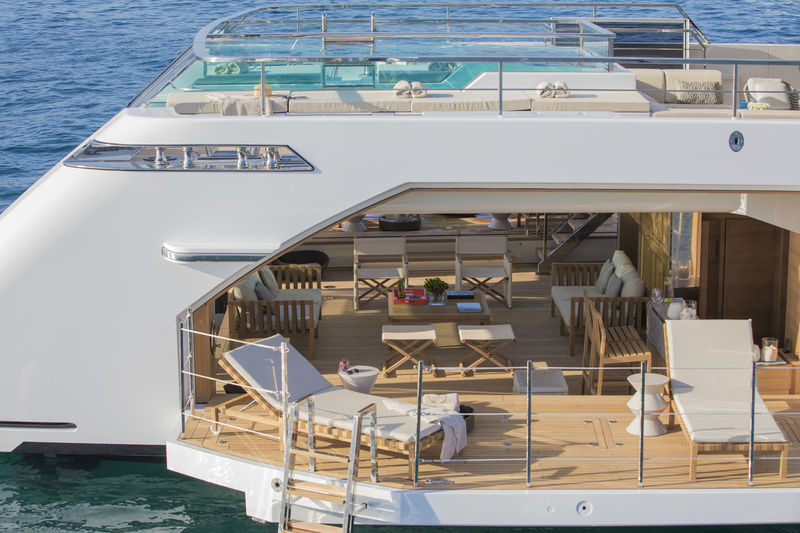 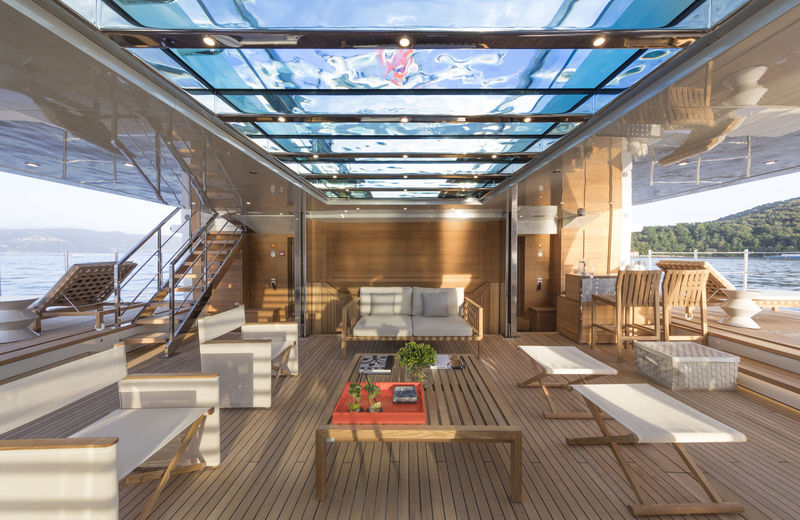 Photo: Guillaume PlissonWith the deck plates removed and the swim platform in the very raised position, the beach club gets converted into a floodable tender dock. On a calm day, this make stowing the tender and even picking up guests in style a breeze. 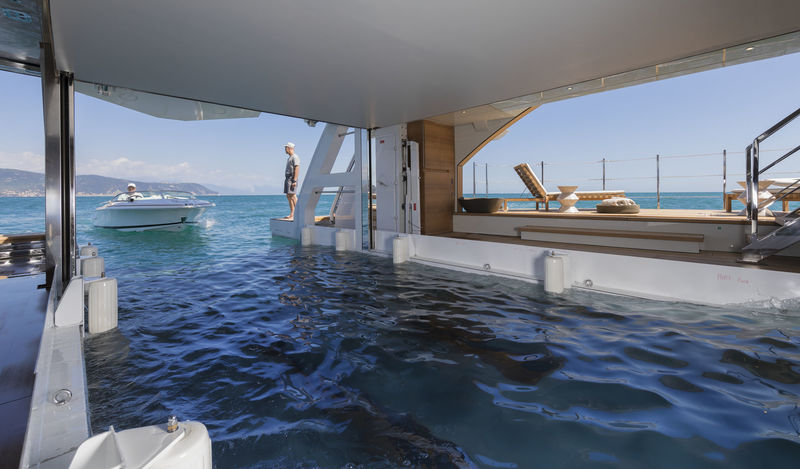 Bulwarks that line up with key saloon areas have been recessed and filled with glass panels to further accentuate that borderless philosophy that Seven Sins stands for. Limiting the interior to sub 500 gross tonnes is partly why Seven Sins enjoys such large deck spaces. Wide staircases, oversized furniture and spread-out social areas are all possible because of the amount of space the steel hull offers. 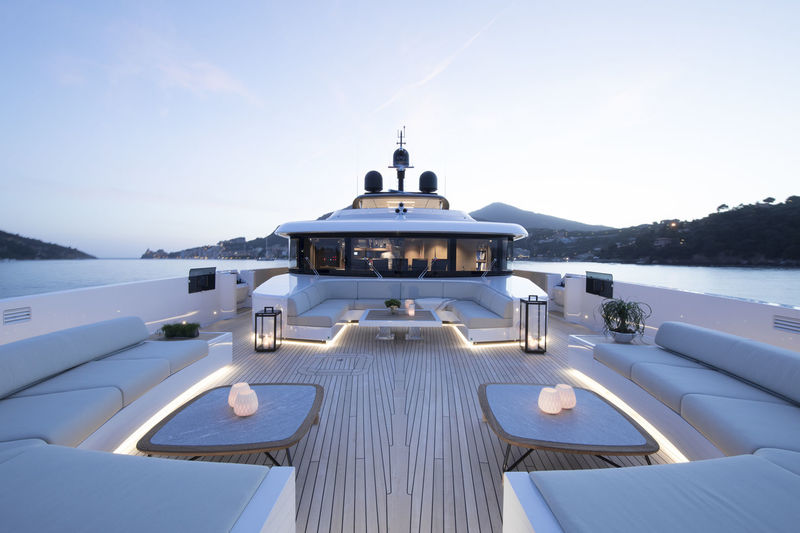 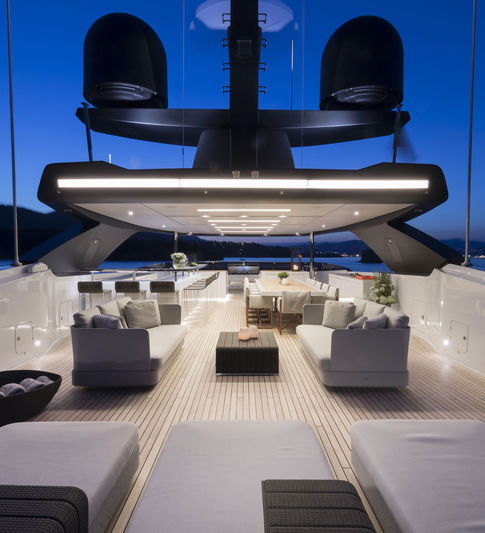 The interior continues the black and white theme of Seven Sins’ exterior. A mix of lacquered surfaces, raw materials, reflective touches and natural woods and leather makes this an interior most guest would approve of. Integrated lighting systems throughout the yacht enhance the crisp palate of the décor. 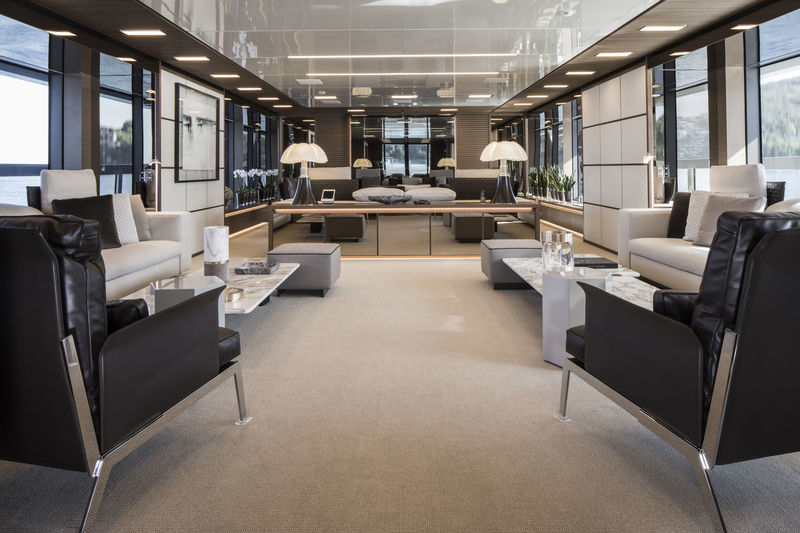 Set up specifically for charter, Verlinden opted for a special six-cabin arrangement, adding an additional stateroom on the upper deck aft of the wheelhouse. The master suite, tastefully furnished together with the rest of the interior with fun and classy artwork, is located on the forward main deck. A study forms part of the suite as you enter through a starboard corridor. 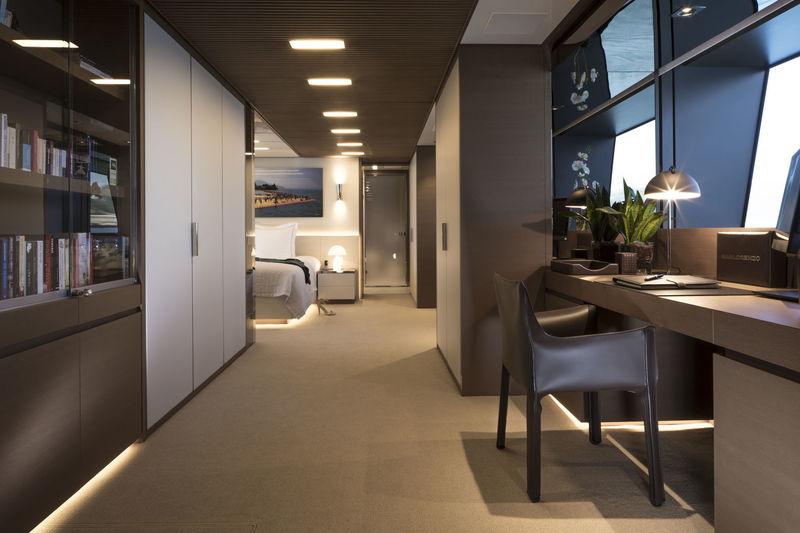 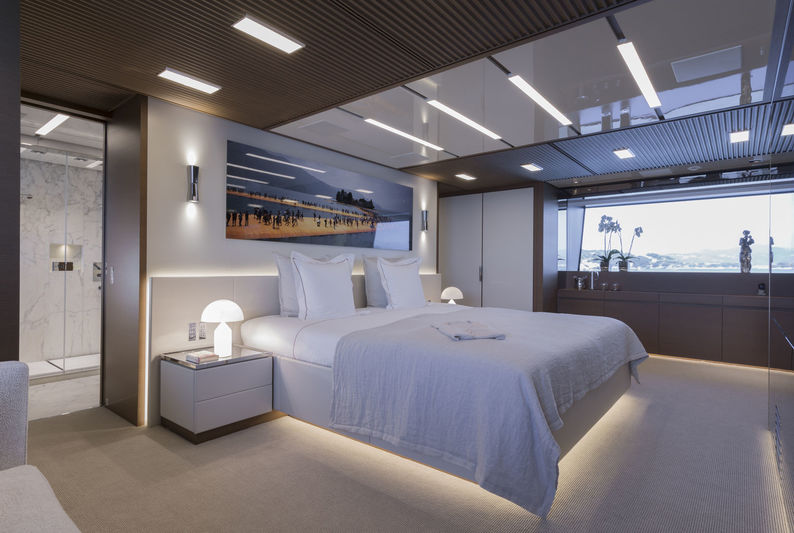 Photo: Guillaume PlissonThe en-suite is a marble oasis and, together with the large portholes on either side of the bathroom, helps brighten up the space. 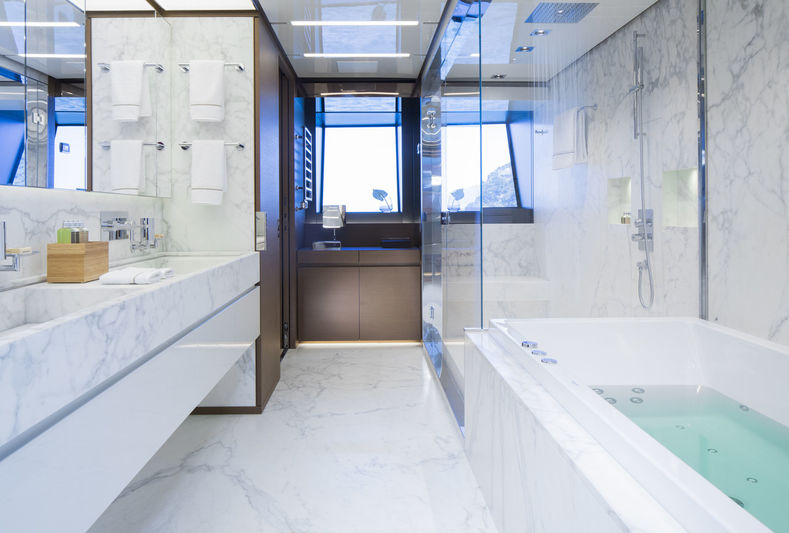 That leaves the lower deck open for the use of four guest cabins, two double and two twin. 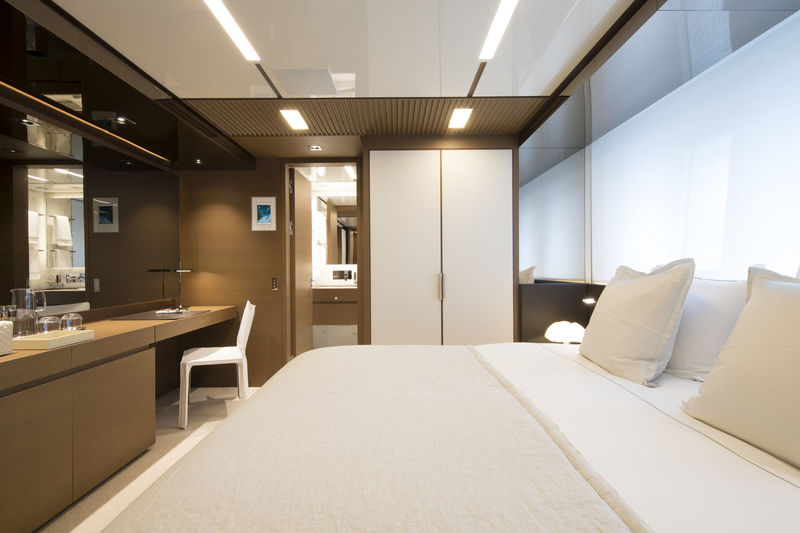