Exactly a year after her launch in Tuzla, Turkish builder Tansu Yachts have opened the doors to their coolest yacht yet. And just in time as well, as the 43.7-metre Cyclone was recently acquired by her new owner. Here we go inside the latest addition to the Tansu armada to find out there really is nothing not to like about her. 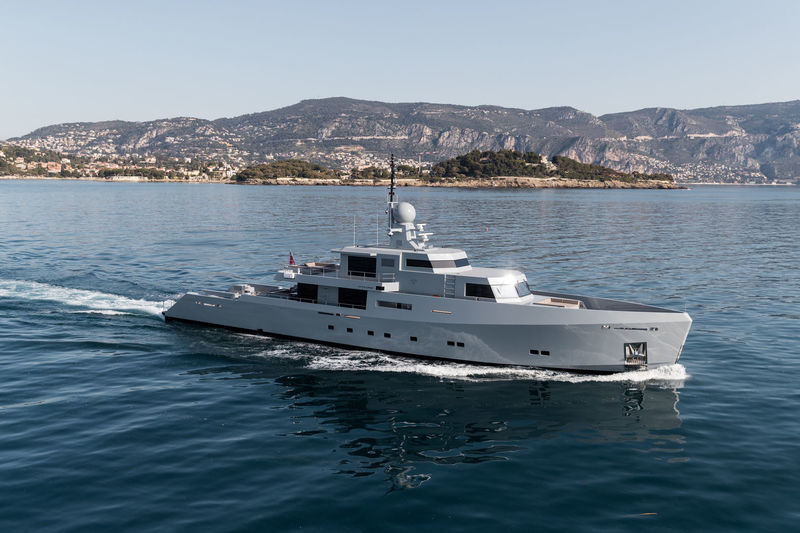 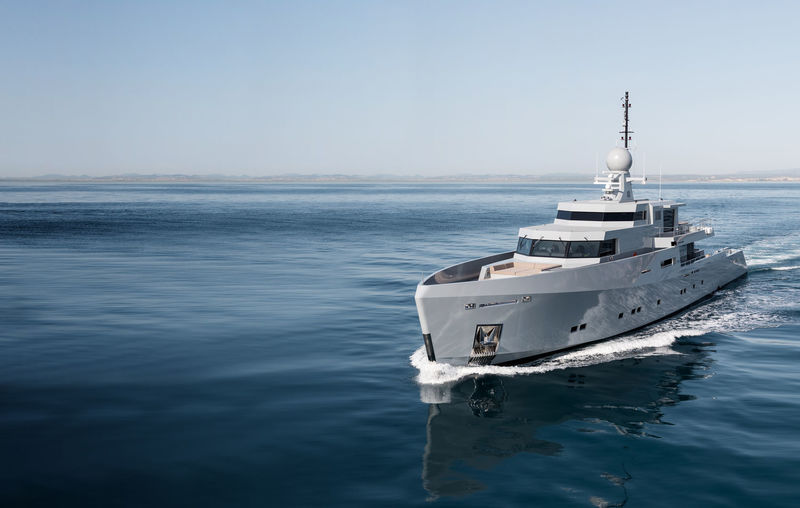 The Tansu factory, together with Diana Yacht Design in the Netherlands has perfected the distinctive military-like design of its vessels, and with her blacked-out, dual-level forward windows and single-dome mast, Cyclone might just be the most badass one of them all. With the all-wooden Cyclone, Tansu Yachts proves once again that you only need around 40 metres to create the perfect custom motor yacht with all the indoor and outdoor areas you might need to comfortably cruise around the Mediterranean and beyond. 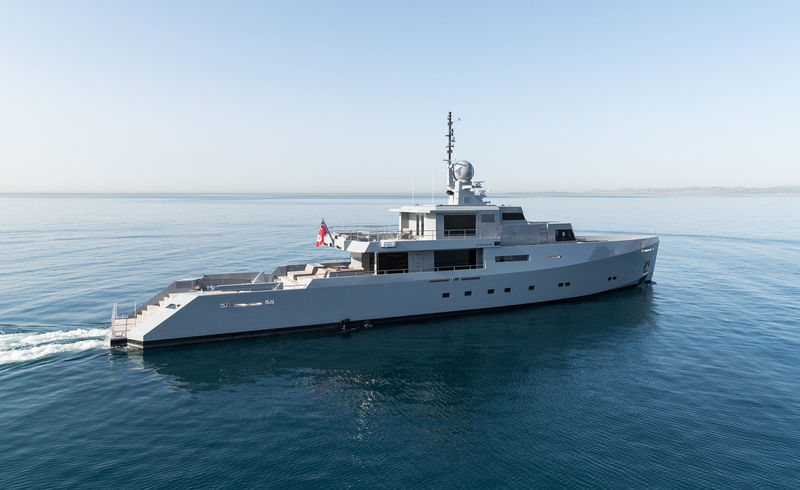 A major change to the full-on masculine look that all the Tansu yachts share, is the introduction of a very subtle but still noticeable curved sheerline that connects the bow and stern. This gives Cyclone a slightly more feminine appeal and sits in contrast to the rugged and angular superstructure, making the boat seem far longer than the actual 43 metres from end to end. 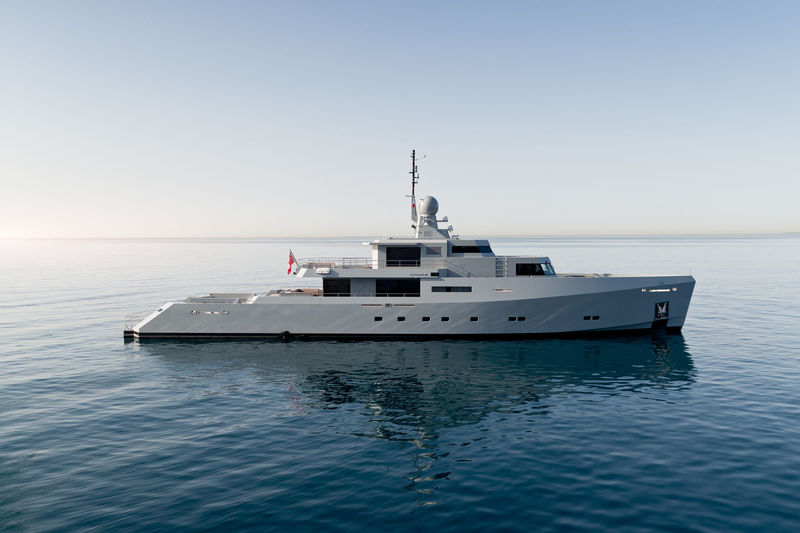 Anyone that is familiar with the layouts of previous yachts in the Tansu fleet such as Sexy Fish and So’Mar, with their open aft decks and cosy square lounge cockpits, will feel right at home on Cyclone. Tansu boss and designer, Riza Tansu stuck with the simplistic and minimalistic approach that makes these yachts so easy to fall in love with for their owners and visiting guests alike. 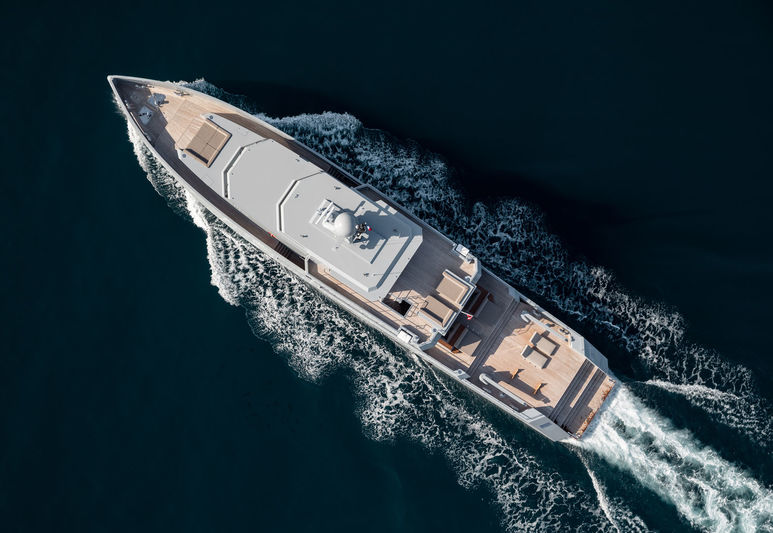 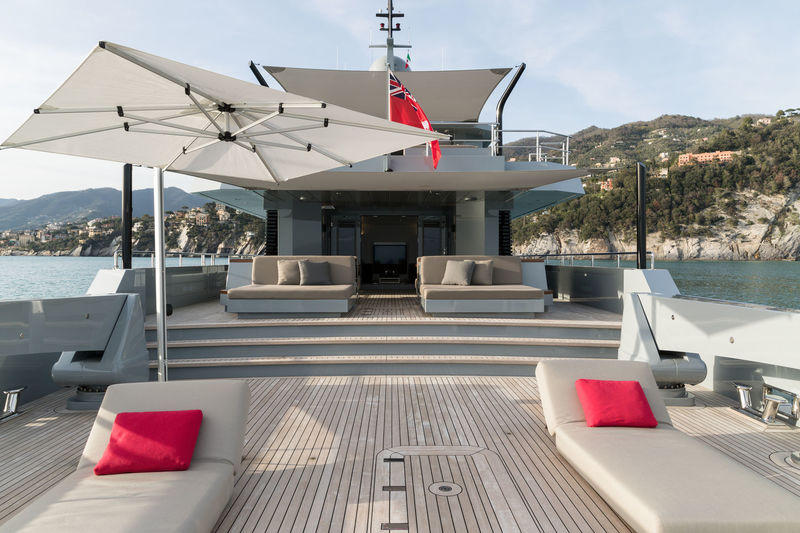 With the added metres in the design, Cyclone features a staircase that directly links the aft deck lounge to the upper deck above, whereas some previous models had this access blended in with the superstructure on the starboard side deck. Also in the aft cockpit are two aft-facing sun loungers separated by built-in deck fridges with the forward outdoor dining area. 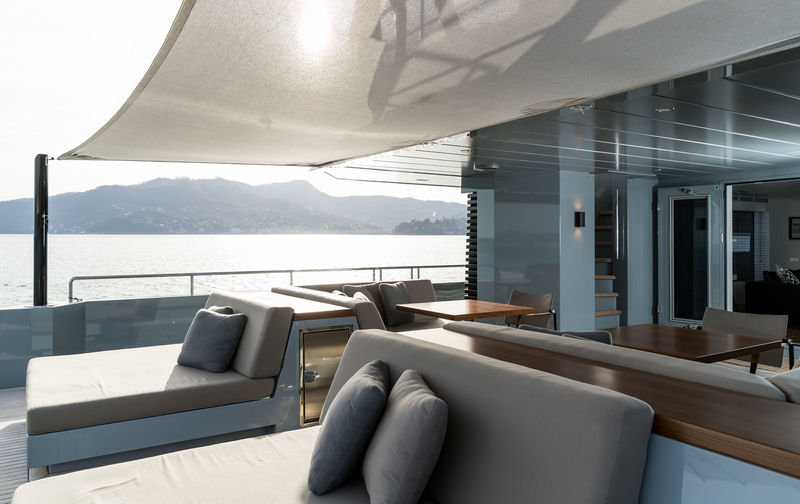 Take the stairs up and you will find an open sundeck onto which the owner’s cabin opens every morning. Two side balconies offer views over the bow and again picks up that familiar Tansu design cues from previous models. 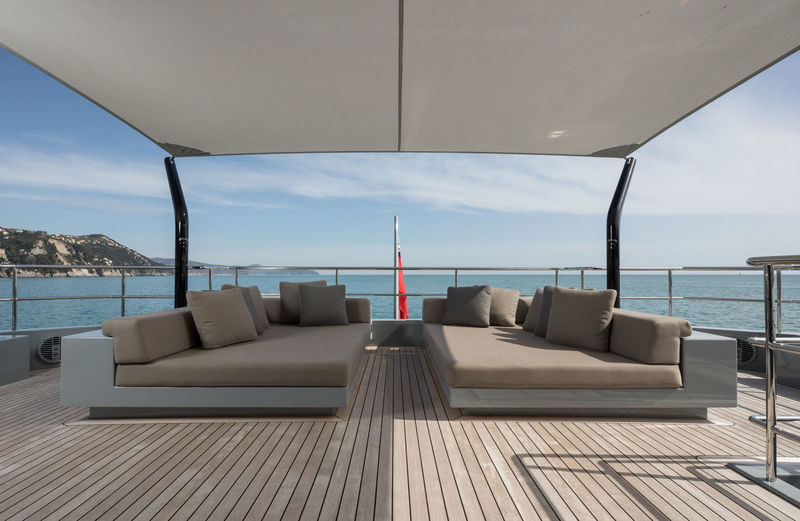 Inside, the same beach house interior that these yachts have become known for is what you will find when walking around Cyclone. Raw wooden flooring and tables are contrasted by an almost clinical, crisp-white interior style that immediately opens up every space with the help of some clever LED lighting throughout. 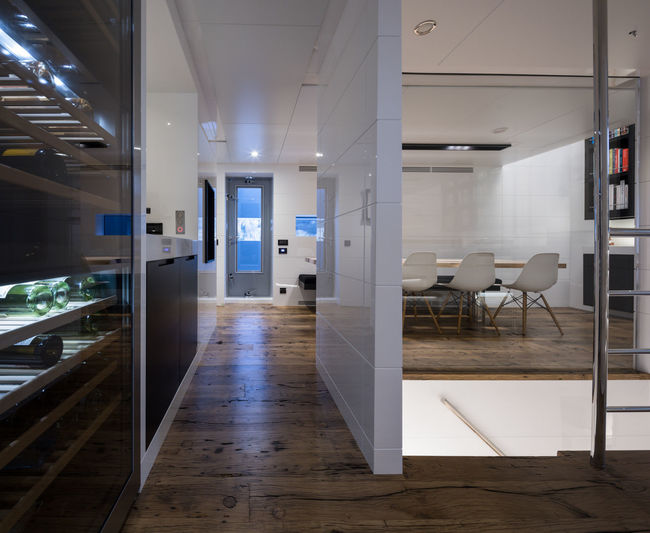 The owner’s suite takes up the entire deck with the bedroom aft with a spectacular en-suite bathroom forward that enjoys a view over the foredeck.

Elsewhere, there are three additional guest cabins on the lower deck. A VIP suite is tucked away in the bow with another two twin cabins separated by a central staircase. 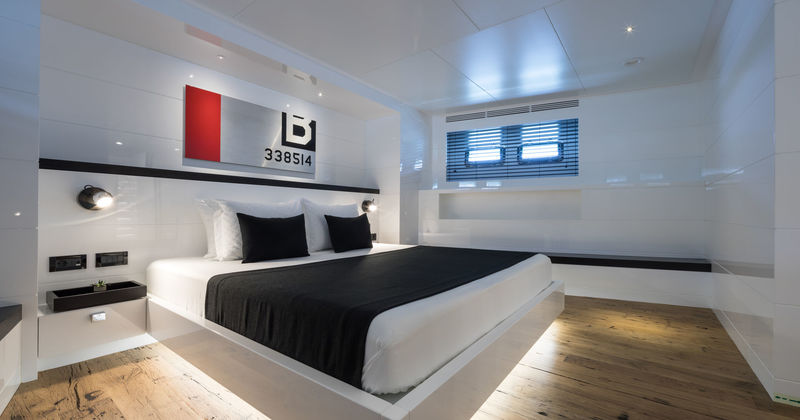 On a technical level, two CAT C32 engines power Cyclone to reach a top speed of 20 knots. An ideal Mediterranean range of 1,800 nm is achievable when cruising at 12 knots. 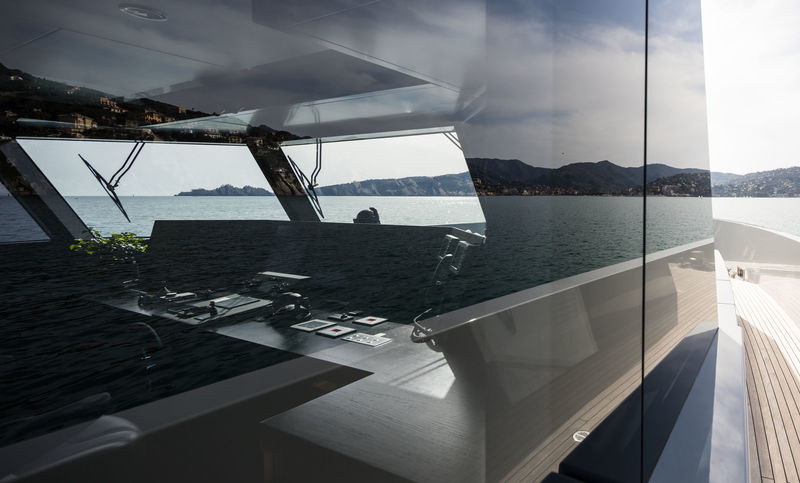 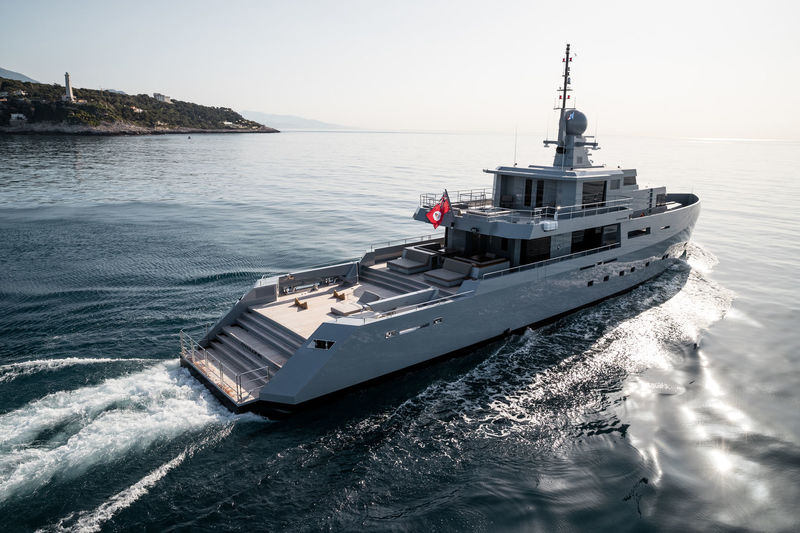 On board: the 44m Tansu superyacht Cyclone