Built by the South African shipyard Southern Wind and launched in May 2014, the 31.78 metre superyacht Farfalla was recently awarded the prestigious Quality & Value Award at the 2015 edition of the World Superyacht Awards. She features naval architecture by Farr Yacht Design, whilst Nauta Yachts undertook her exterior and interior design. She is the third SW 102 to be completed, and comes with a few unique departures from her previous two predecessors. 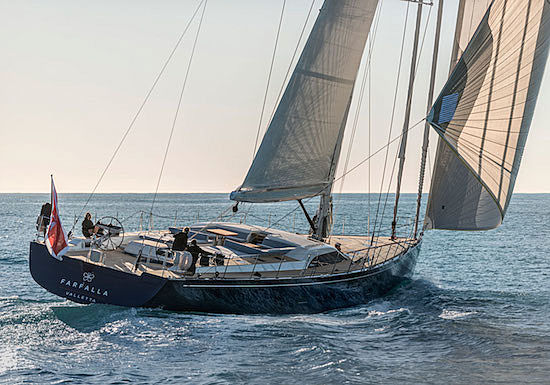 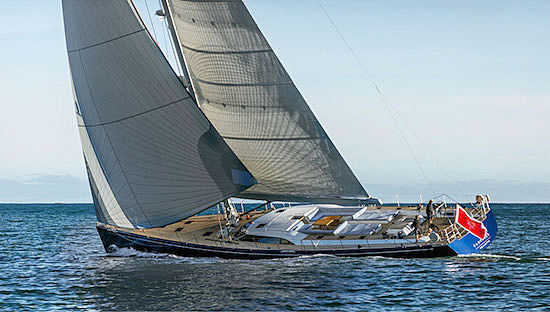 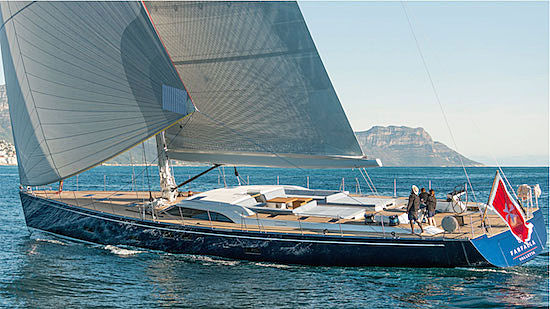 The departures from the norm come from her owners, who were also reportedly very involved with the design journey that lead to the birth of Farfalla. After embarking upon several charter experiences on other Southern Wind vessels, the owner had a particularly specific brief to share with the designers to aid the creation of his ideal sailing yacht. The integral characteristics were listed as low noise levels, to be aesthetically pleasing, capable of bluewater sailing, comfortable to entertain and socialise, and, finally, with a layout that would appeal to charter guests. She has a beam of 6.9 metres and a draft of 4 metres and - as her owner’s intended from the inception - has been available for charter since delivery last summer. 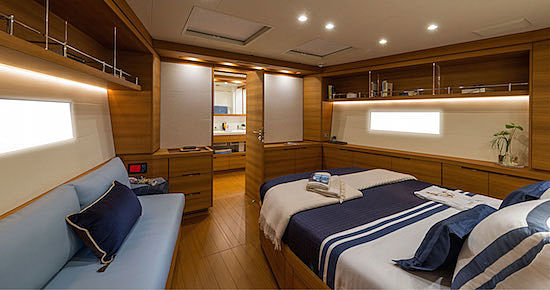 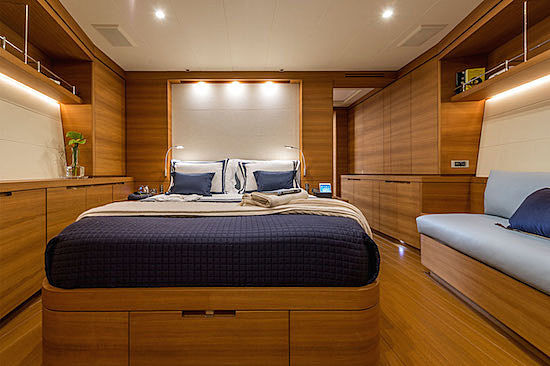 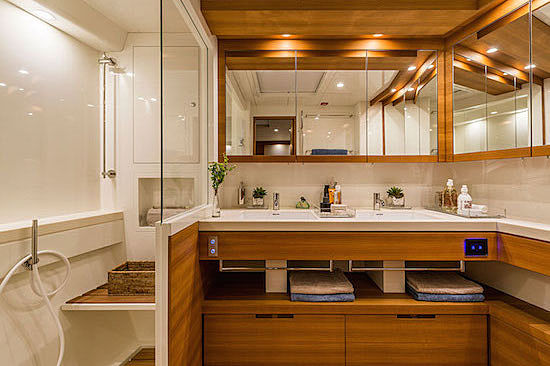 Inside, a palette of blues and whites combined with the light teak furniture and flooring creates a welcoming, nautical feeling throughout the whole of the interior. She accommodates up to eight guests over a four cabin layout - one of Southern Wind’s most popular configurations, according to the shipyard. The spacious owner’s cabin is located forward, with three additional guest cabins. A crew of up to nine are also accommodated for in generous quarters, taking up almost half the aft section of the vessel. 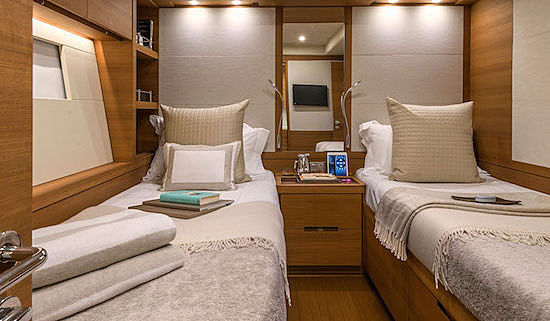 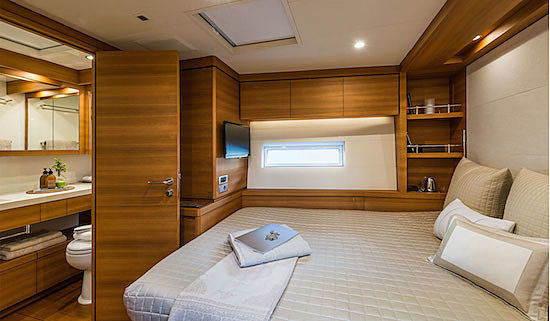 Throughout she boasts a light and bright ambiance, achieved in part through bright panoramic windows on the coach roof, as well as the airy under deck open saloon, complete with a large comfortable seating area as well as a cosy dining area. 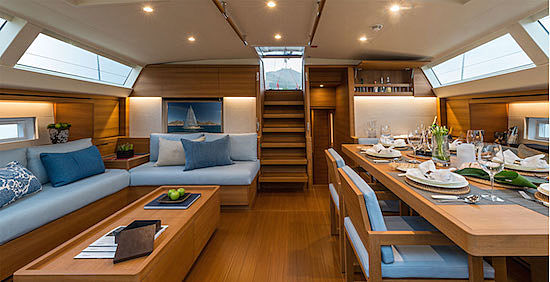 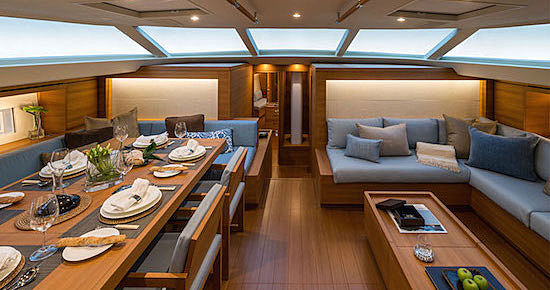 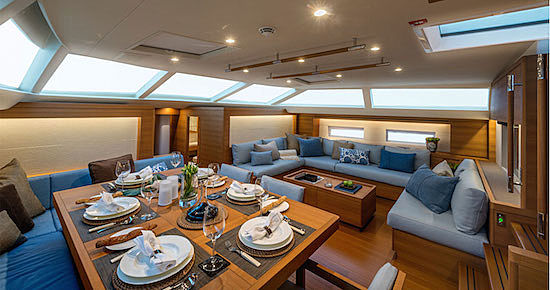 One of the most interesting points in terms of space inside is that Farfalla boasts unusually tall ceiling heights, giving the illusion of extensive space on board and again adding to that light and airy atmosphere. This again was at the request of the owner, who has a particularly tall family. 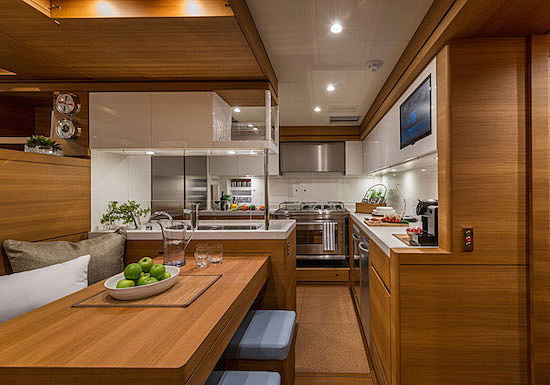 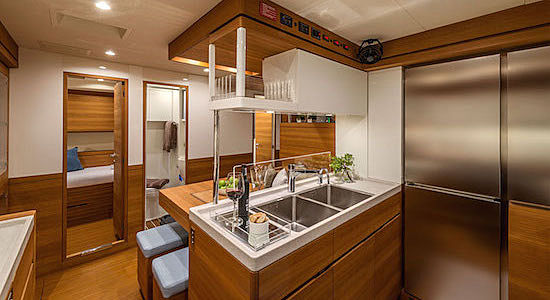 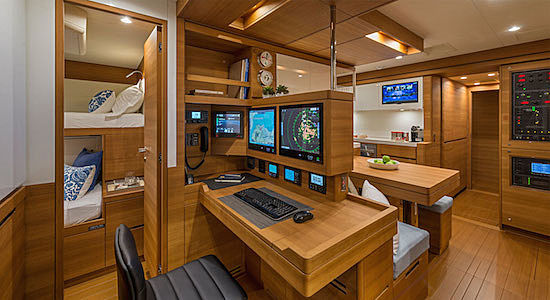 Moving on to her outdoor areas, one of the most appealing things about her living spaces is the expansive flush deck, which provides room to fully enjoy the outdoors aspects of the yachting lifestyle. In addition, Farfalla also comes with a tender garage which can house a 4 metres dinghy and a mainsail captive winch, and is in fact the very first tender garage to be features on any Southern Wind yacht to date. 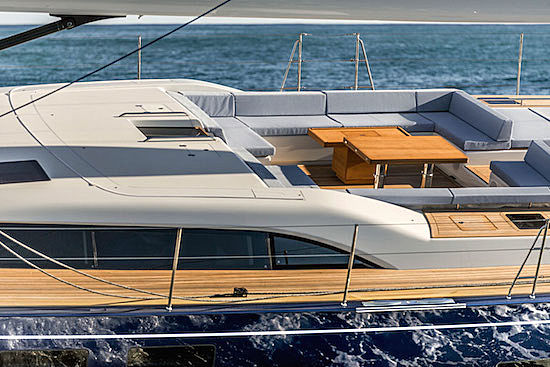 In regards to her performance, she is powered by a single Cummins QSB 6.7 MCD diesel engine of 305hp. She has a cruising speed of 9 knots and a top speed of 23 knots, which was recorded shortly after her delivery on an impressive 7,000 nm voyage. 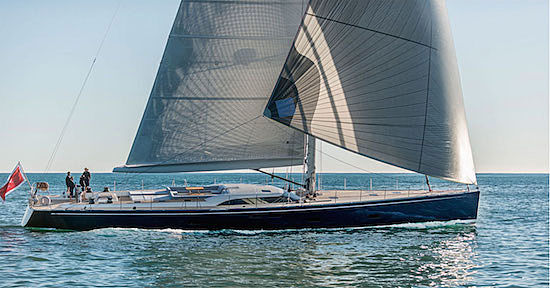