Home > News > Superyacht of the Week: the 34m Mulder Solis

In today’s fast-paced rat race there is a saying that names time as the ultimate luxury. If this is in fact the truth, it would seem that the owning family of the new 34 metre Mulder superyacht Solis will be spending considerably more of this valuable commodity on their new home away from home. SYT was invited on board to learn more about the concept behind the ray of sunlight known as Solis. 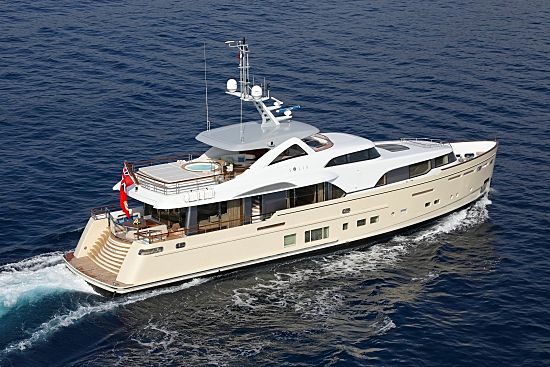 Founded in 1938, Dutch shipyard Mulder’s strengths and focusses have become synonymous with a classic and unmistakable typical Dutch style of yachts. When Solis was launched in 2015, Mulder proved that they are ready to explore a more contemporary approach to the future of their line of yachts, all the while retaining those family values and handcrafted sense of construction that the yard has come to be known for. Their largest yacht to date goes beyond measure in confirming not only their ability in building ever larger yachts, but their commitment to delivering a custom product that is driven by their passion for all things yachts. 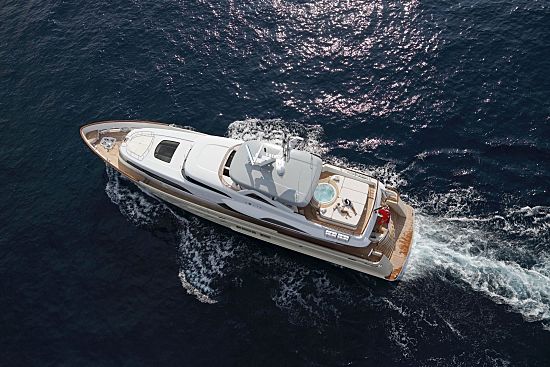 BN100 as Solis was known during her build stages, was the first project that Mulder on worked together with British design studio Claydon Reeves. James Claydon and Mike Reeves managed to flawlessly blend together the desires and requests from the owners with a recognisable Mulder profile into a never-before-seen classic contemporary styled superyacht. Working together with project manager, IYR CEO, and former megayacht captain Stephen White, Mulder delivered Solis to her owners on schedule, in budget and to a level far above specified by class specifications. 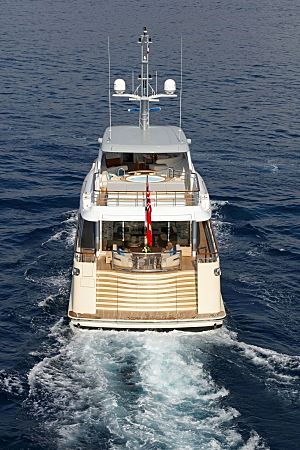 The owning family made it very clear from the beginning that they were not interested in an excessively large yacht. Instead, their lifestyle and requirements are better suited to the more manageable spaces that Solis offers. The layout conceived by Claydon Reeves ensures that guests will be able to stay interacted while on board, without experiencing the feeling of confinement, so often seen on yachts of this size. Wide and open deck spaces, good visibility from one guest area to another, and an overall sense of flow throughout the yacht all contributes to the family-friendly vision the owners wanted to achieve. 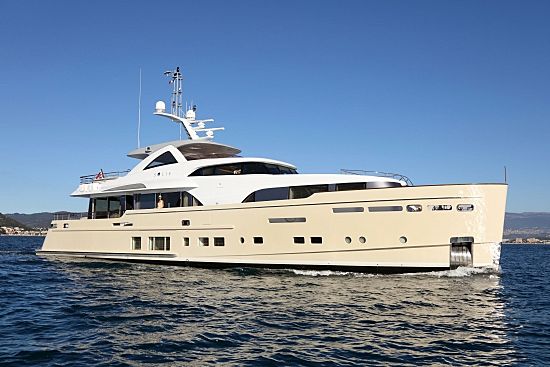 The sundeck area is divided into two areas, each serving its own purpose. A raised area forward provides an excellent view forward over the bow and on either side of the yacht. This space – which houses a comfortable half-moon dining area – is completely shaded under a large hard top canopy without interfering with the overall profile. The base supports for the structure forms a gap that provides a uninterrupted view from in board, and has been turned into a recognisable feature while admiring the yacht from outside. 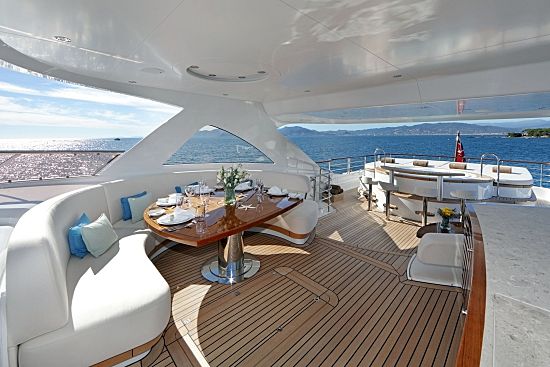 The aft section is where the on board Jacuzzi is located, fitted with a semi wet bar. The area is neatly rounded off with a stainless railing and wooden capping rail. A raised sun bed platform not only provides the ideal sun bathing spot on the yacht, but cleverly opens up to reveal the SOLAS MOB craft. 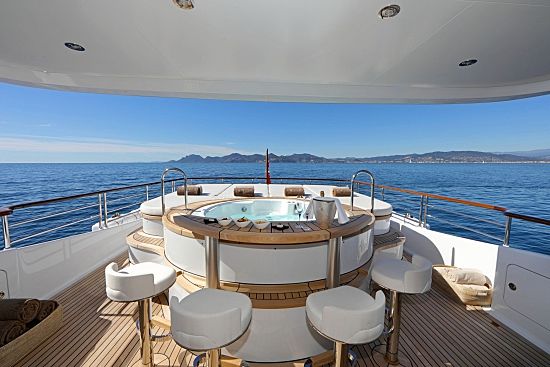 A concealed staircase leads one down nearly amidships on the starboard side main deck. Here one can appreciate one of the many superyacht features on board, commonly found only on much larger yachts. The wide walk-around side decks, solid capping rails, full height windows and dual tone paint accents all reminds one of a vessel not very dissimilar to a 40m+ yacht, but speaks more about the Mulder build quality stamp than the size of the yacht. 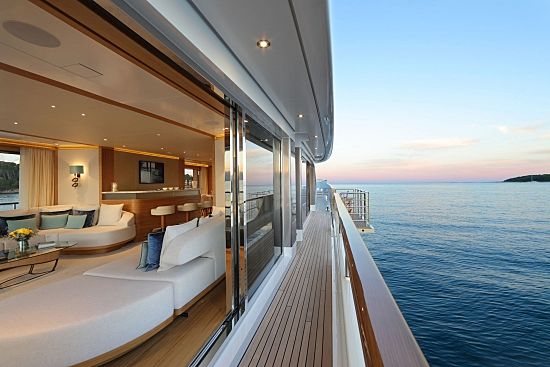 The transparent approach to Solis’ layout and guest use is continued on the aft deck. With the sliding doors on each side of the main salon opened, it is perhaps only the feeling of the sun on one’s skin that will be the difference between the indoor and outdoor areas. A single piece of curved glass acts as the transom where the yacht’s name is also displayed. This feature lights up at night to reveal a striking and unique display while also creating an added spacious feeling during the day. 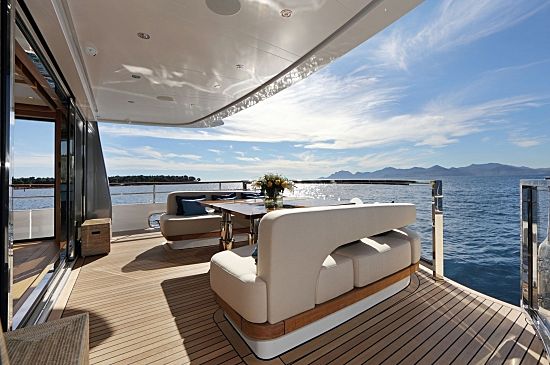 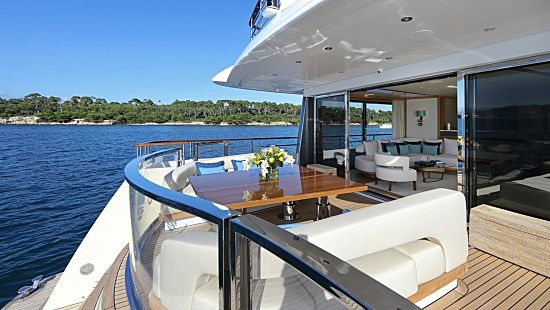 The interior, also the work of the British duo responsible for the exterior design, consists of a tasteful blend of sharp and curved forms decorated in welcoming natural materials. A large and very bright lounge area is separated from the main dining room by a bar placed in the centre of the main salon. 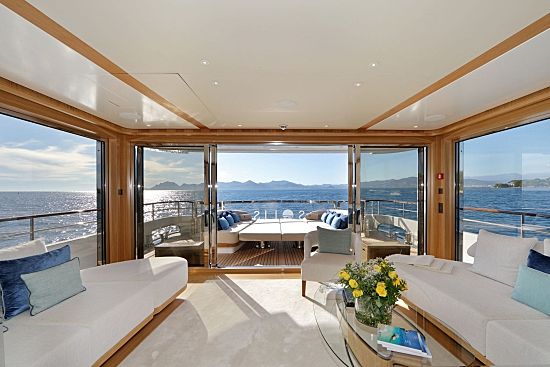 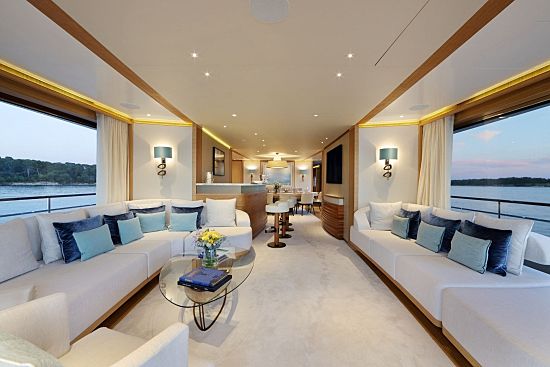 The dining area has its own full height sliding door which leads out on to a fold-down terrace. This feature is sure to add another dimension to a space which can as easily host an informal breakfast as a grand evening dinner. 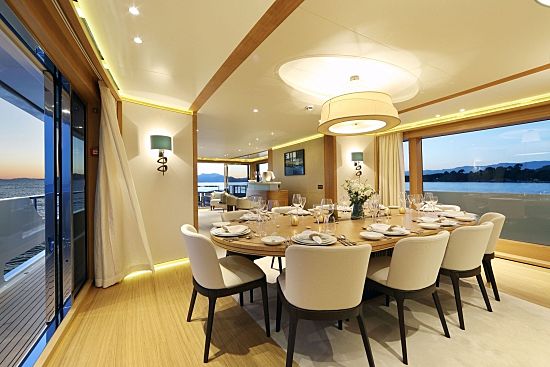 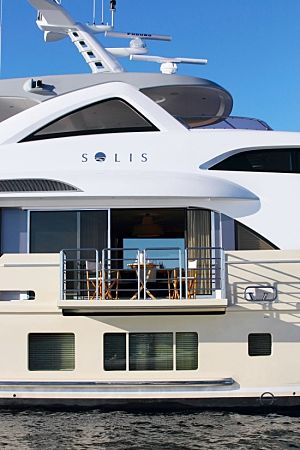 Moving forward towards the VIP cabin, one passes through an atrium-like corridor from where the bridge and day head can be accessed. 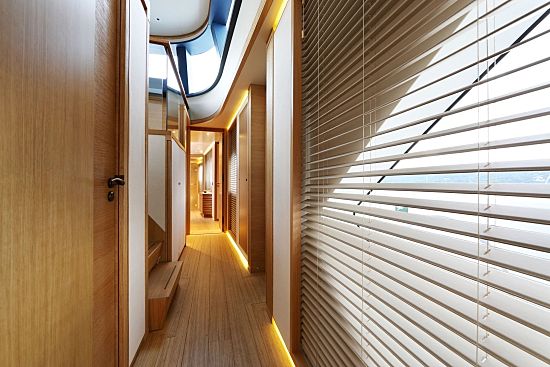 Conventional motor yacht layouts might have you thinking that it is the master cabin located forward on the main deck. And considering all the unique elements and amenities in this cabin, you might yet come to the same conclusion. It is in fact the VIP cabin, and because of the walk-around main deck, doesn’t have a full beam width as one might be used to on a yacht of this size. Having said that, features such as oversized side windows, a life-size skylight and the ample use of bright fabrics mean that a shortage of space will not likely be feeling one experience when spending time here. 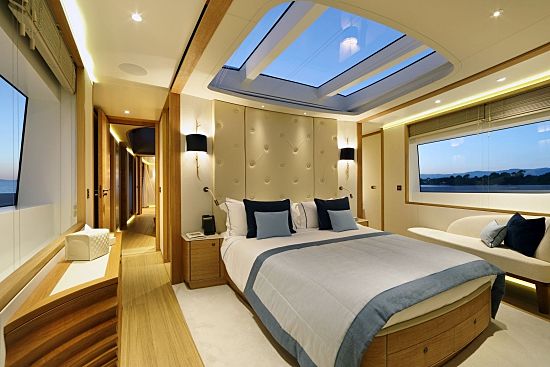 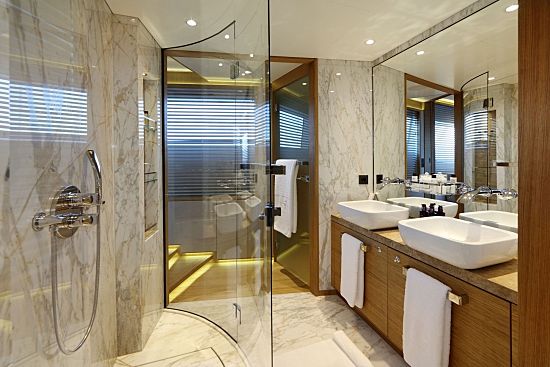 The curved shapes are continued below deck as one descends down the spiralling staircase and pass two custom made marine-inspired art pieces before reaching the two identical twin cabins. 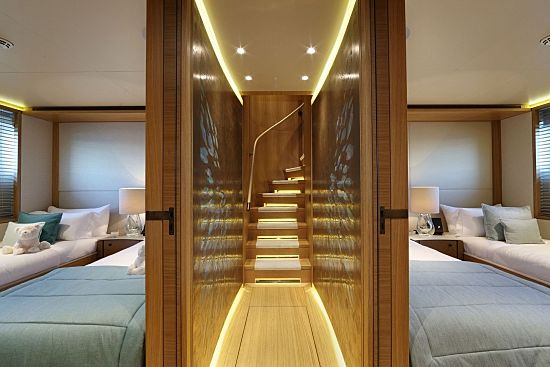 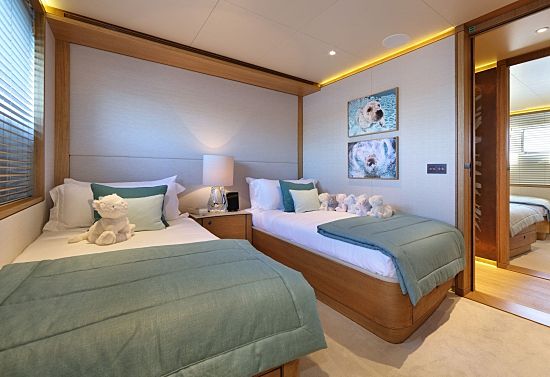 At the aft section of the accommodation deck is the master suite. Claydon Reeves made use of the stability provided by this part of the ship, along with the full width of Solis’ beam available down here. A smart use of white leather and fabrics paired with a strategic use of lighting makes this as bright a cabin as the VIP one deck above. 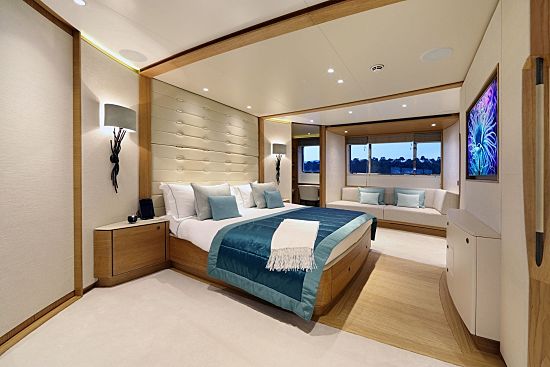 To keep with the yacht’s relaxed and toned-down atmosphere, Solis has been fitted with 2 x Caterpillar C18 engines, each with 500kW of power. Even though these particular engines mean a slower top speed, the benefits gained from this propulsion package include more accessible space in the engine room as the engines are smaller, as well as reduced noise and vibration levels in key guest areas. With naval architecture by the renowned Van Oossanen Naval Architects, Solis comfortably cruises at 11.5 knots and is able to reach a transatlantic range of 3,800 nm while maintaining a speed of 10 knots. 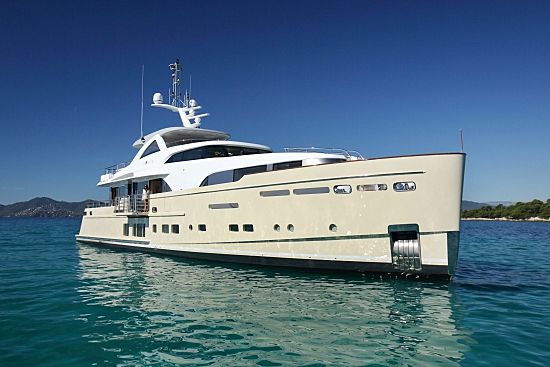