Home > News > Superyacht of the Week: The 60 metre Trinity Bacarella

The 60m (196ft) steel hulled Trinity yacht Bacarella, started life at 55m but was stretched to 60m in mid-build. She was launched on 11th June 2009 at Trinity’s Gulfport facility. Bacarella's interior styling is by Bannenberg & Rowell. 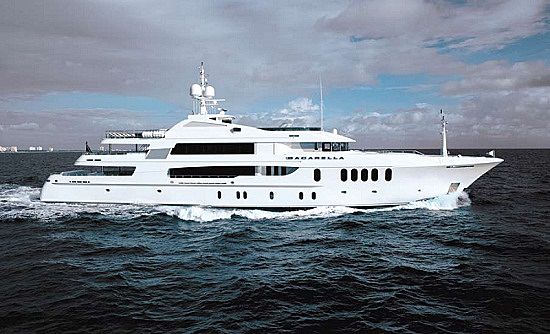 Dickie Bannenberg reports “The project was interrupted by Hurricane Katrina in August 2005, but Trinity and all the team members picked up the pieces and have produced something really astounding“. 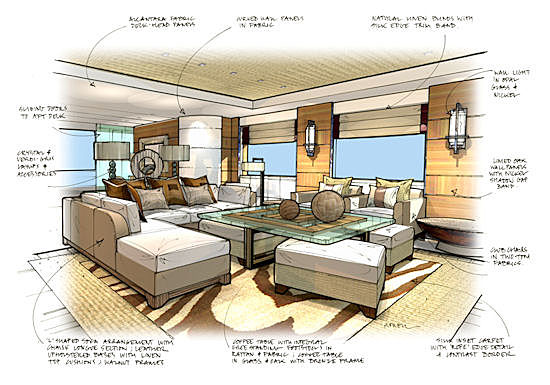 The client’s original brief was for a liveable, welcoming and smart Californian‐inspired interior taking full advantage of the large volumes and space provided by Trinity’s hull. A palette of strongly‐grained elm, limestone, slate, bronze and glass was developed for the architectural finishes on board, within which a fusion of pale, knocked‐back fabrics provide the counterpoint on bulkheads. Design meetings were held with the Clients in London, New Orleans and Miami. 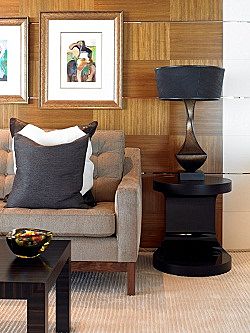 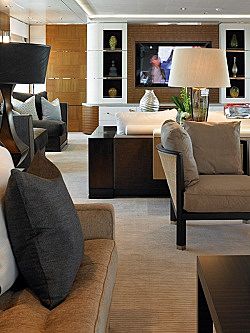 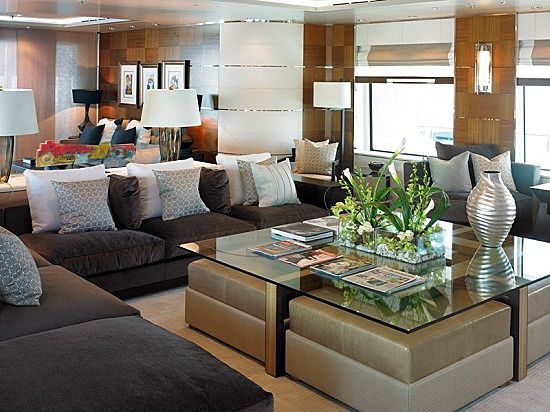 The main salon features a palette of strongly grained elm, tactile neutral fabrics, bronze and limestone combine to infuse the interior with a restful, sophisticated but ultimately inviting vibe. 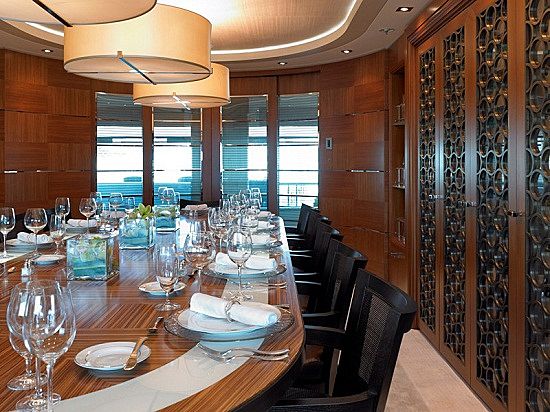 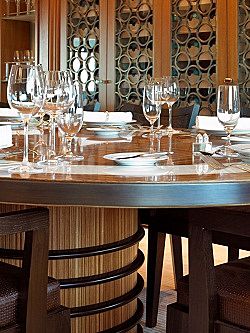 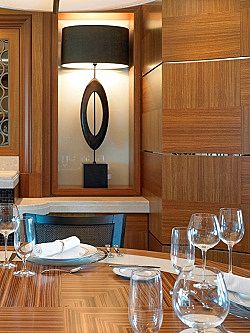 A separate Dining Saloon for twelve is approached through powered sliding curved doors, infilled in stainless steel mesh sandwiched in milky glass. The space offers the option for dining inside without the overpowering formality often seen in these areas. The custom‐designed dining table has an inset perimeter of opaque glass allowing light to glow through from above and below. Behind bronze wrought doors is space for over a hundred bottles of wine. Dining chairs are by Promemoria with seats in very dark, almost black, burgundy leather.

The yachts sky lounge, aft of the bridge is a huge space to hang out, watch an equally huge TV and have a drink at the bar which is set at table height for a more relaxed feel, and to take advantage of the spectacular windows. Stepping outside to the deck seating sees the design handwriting continuing. 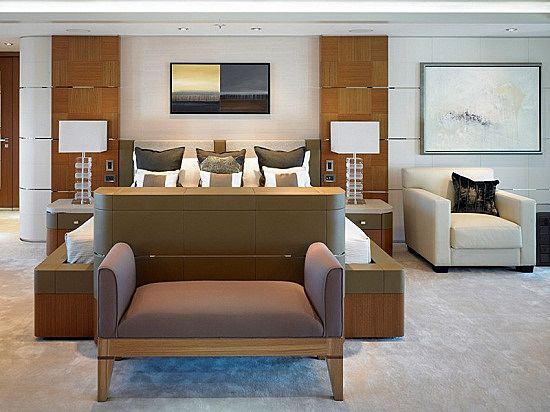 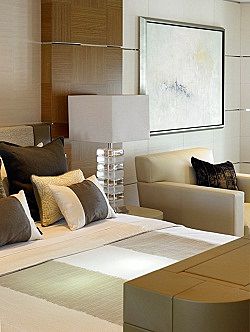 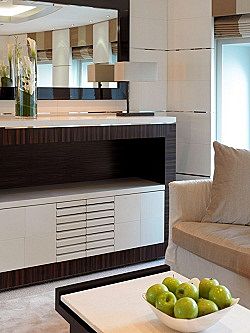 Inside the master stateroom, forward on the main deck, natural light floods in through four full height oval windows, port and starboard, dappling the tailored but relaxed bedroom with knocked back colours and textures. 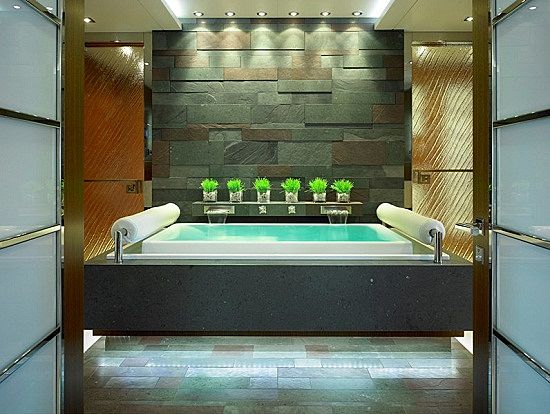 The bathroom exudes spa-like relaxation with cast wave-form glass and courses of rough hewn slate surrounding the infinity tub. Walk in to the largest shower on any 60 metre yacht. You’ll have the best view too – and if you don’t want to be seen, press the button to turn the window instantly opaque. 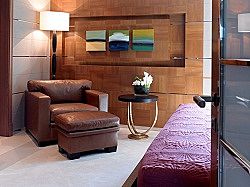 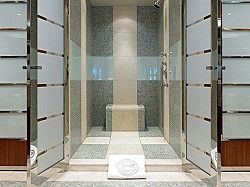 The Lower Deck has a full‐beam VIP double guest cabin (added after the yacht had been lengthened ) and four further double and twin cabins. All have common architectural detailing and finishes with variations in colours and textures provided by fabrics and upholstery on chairs and bedheads. Bathrooms exude a spa‐like calm in pale limestone and mosaic. 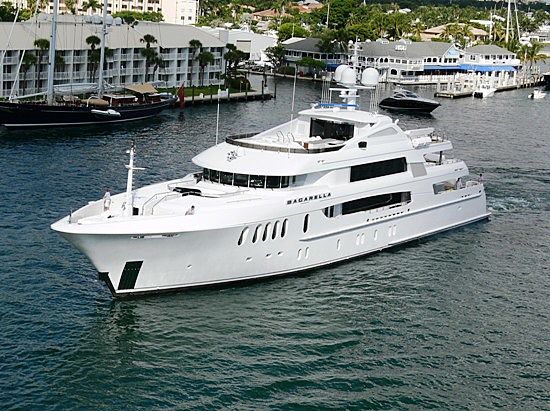 As another outstanding example of Trinity’s world class yacht building capability, Bacarella has an ABS Maltese Cross A-1 Yachting Service, AMS, and MCA Compliant classification. On the technical side, propulsion is from twin Caterpillar 3512B engines.