Home > News > SuperYacht of the week: The amazing refit of the Feadship Pegasus

The extensive ten-month refit of the Feadship Pegasus, launched as White Rabbit in 1995, has produced a longer and even more luxurious megayacht that is attuned to the requirements of her new owner to a phenomenal degree. The story behind how a Greek owner came to find Pegasus and then used all his experience and energy to bring her into a new era of magnificence is fascinating. He started looking for a displacement yacht to add to a small fleet of speedboats, day cruisers and a semi displacement yachts in 2007. 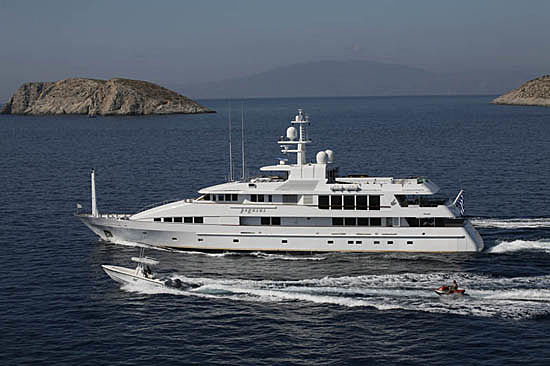 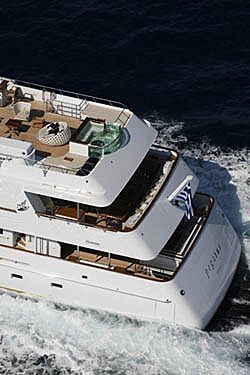 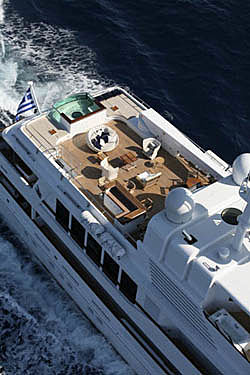 “The client inspected numerous yachts and all kinds of brands,” remembers Feadship Refit Manager Ico Vergouwe, who was involved from the earliest stage of the project. “He came to the conclusion that build quality was an important factor for a pre-owned yacht and a better basis for a new owner to refit and redecorate it to his preferences.” 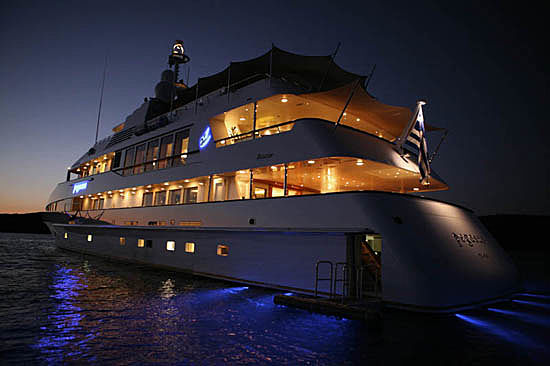 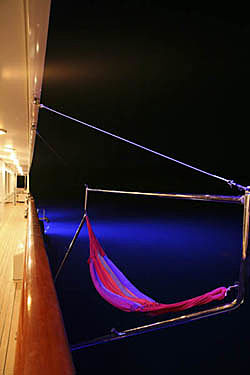 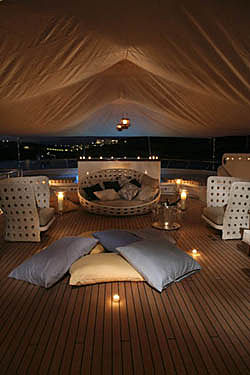 By early 2008 the owner had concluded that only a Feadship could truly meet his demanding requirements due to the inherent quality and unrivalled value-to-age ratio. “He was looking for a yacht around the 50-meter mark, with lots of guest accommodation and a good turn of speed,” explains Vergouwe. “The latter is a typical requirement for Greeks as they use their yachts from April to October for weekend trips to the islands. Extended cruises are generally reserved for the July - August holidays.” 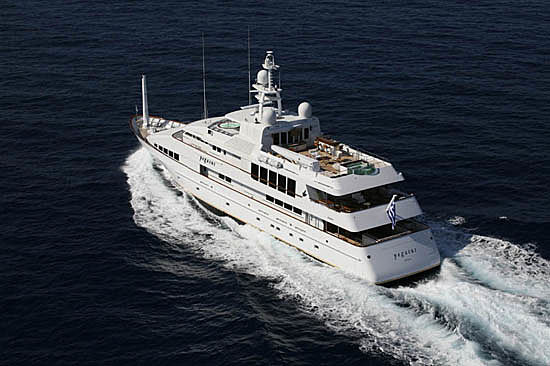 “White Rabbit was initially created for an Asian owner who loved to entertain and had a passion for deep-sea fishing and water toys,” explains Vergouwe. “She also had to serve as a floating business platform and casino, including a large table for meetings on the bridge deck that converted into a full-sized roulette table once a deal was closed. Feadship had therefore designed a displacement hull with a bulbous bow that synthesized comfort with high speed in a unique way for the time". 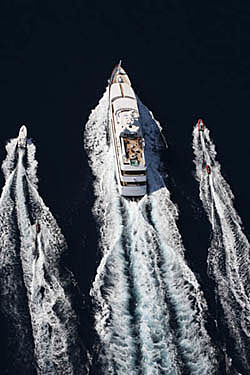 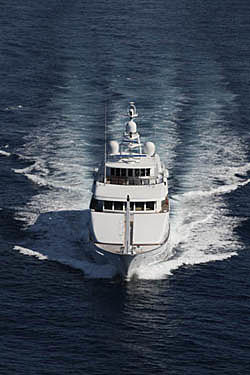 “Because the original owner required a wealth of transport modes to reach the yacht – including a plane, an amphibious car and several tenders – virtually the entire exterior aft deck space was required for stowage. This was something that had to change during the refit, with the new owner seeing exterior lounging and entertainment as a main priority.” 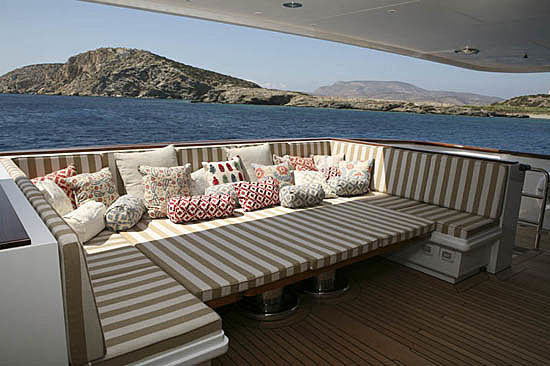 A total of 30 square meters has been added to the aft area of the main deck. Instead of completely reconfiguring the layout, the owner decided to maintain the furniture set-up and add various features to improve privacy. A new, larger U-shaped seating unit with new hydraulic coffee table has been installed against the aft bulwark. Two new folding seats hiding the mooring equipment are located port and starboard, and the dining table has been provided with new chairs. 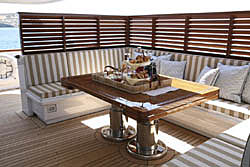 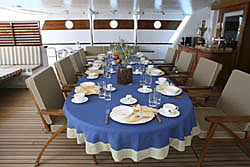 To provide protection against the wind and improve privacy on the aft deck, the owner and the Feadship refit team developed two unique features. Port and starboard on the side deck are three lightweight panels that hinge down from a ceiling recess, landing and locking on the cap rails. These Matterhorn white panels have a horizontal planked teak centerpiece on the inside in which a stainless steel trimmed porthole is placed. 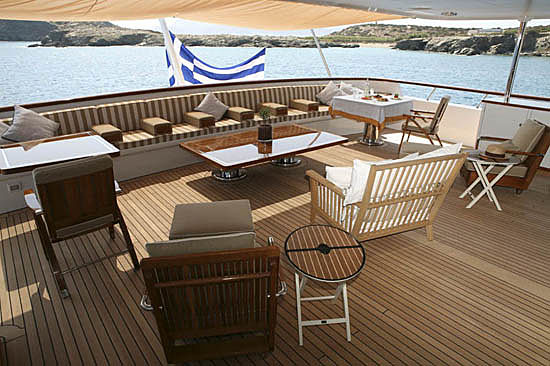 A fabulous new bridge deck al fresco dining area seats up to 22 guests. Sections of the large table can be removed and the tables lowered to create a cocktail-style arrangement serviced by the circular bar. Expanded by 20 square meters this deck is now truly equipped for dining, lounging or partying. 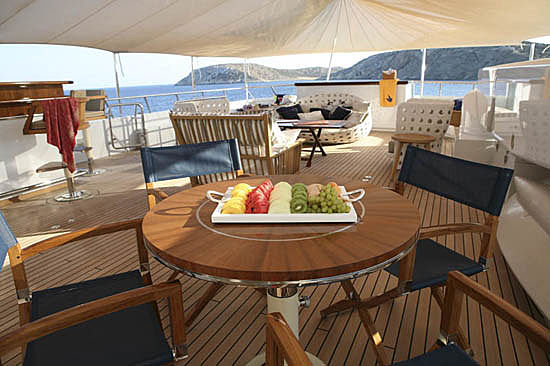 Many more relaxation pleasures await guests on the sun deck, having received the largest addition of “real estate” (36 square meters) during the refit. Its aft section has been transformed from a place that housed jet-skis and tenders to a wonderful ‘Pool Deck’. Ascending from the bridge deck, a glass wall and floor encloses the gymnasium/massage parlor that can be made private at the flip of a switch. 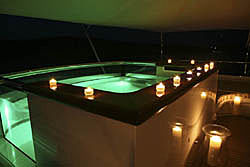 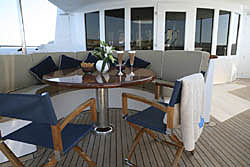 The owner wanted to store the largest possible luxury tender on the sun deck. Feadship concluded that a weight of three tons and length of eight meters was the maximum in terms of stability and handling safety. A new 3,000 kg single knuckle boom crane launches the tender, which will be called Pegasaki (little Pegasus). 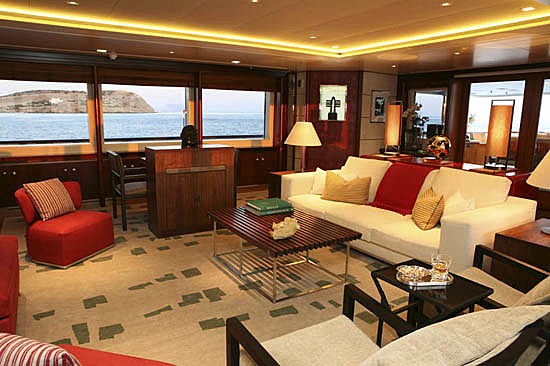 In addition to the fabulous outdoor facilities offered by the reborn Pegasus, another 630 square meters of interior space has been seriously refurbished to match the owner’s personal taste. The yacht’s large windows already ensured that all the social areas are bathed in natural light, offering guests panoramic views of the ocean wherever they might sit. Now the original classic interior has been re-designed and updated with a warm modern look, with all new entertainment and lighting systems. 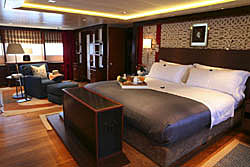 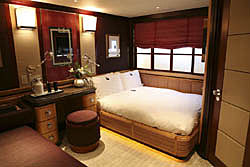 New ceiling and wall panels have been installed and combined with the new loose furniture, lighting and decoration, give Pegasus a contemporary look that reflects her owner’s interest in the world’s cultures. Renowned British designer Chester Jones was responsible for a number of key furniture pieces. 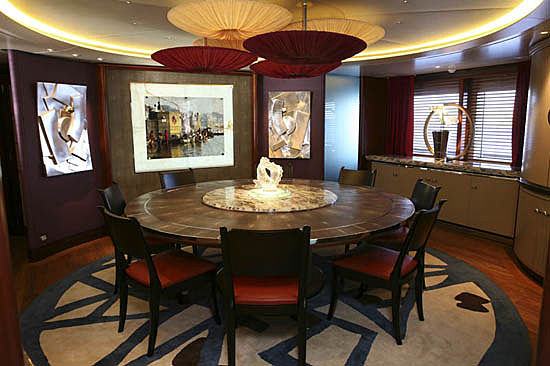 Designed by Sandy Jones, the carpets were made in Konya. Taken as a whole, all these features serve as a background to the owner’s collection of post-cubist sculptures, bas-reliefs and photographs. 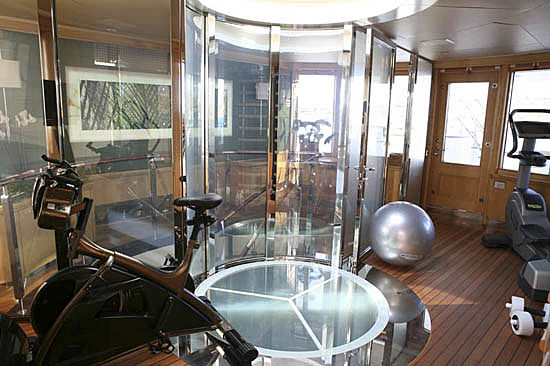 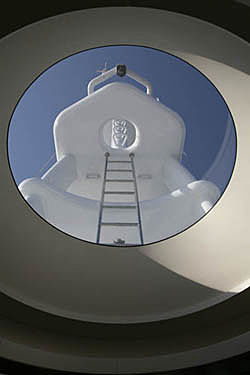 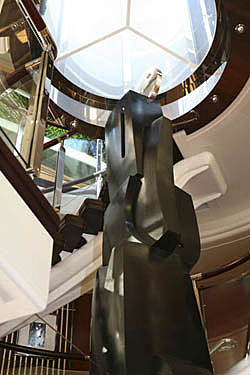 Chic contributions from designers Romeo Sozzi (Italy), Christian Liaigre (France) and Tresserra (Spain) give the yacht a truly European ambience. The sophisticated lighting system by Richard Aldridge, known for his work in the Louvre and British Museum, gives a fresh daytime feel. A tranquil and relaxing evening environment can be created at the push of a button by highlighting the numerous works of art or softly illuminating the furniture.

Extensive work to the engine room has brought back the performance of the main engines, generators and auxiliary machinery to as new levels, while meeting the owner’s targets for the environment. 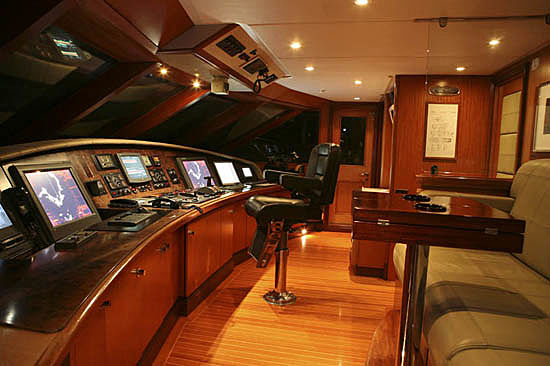 Staying on the green theme, a new waste control system has been initiated onboard that separates and stores the garbage in a special freezer for later disposal in port. Safety and navigation systems have also been modified to the latest standards onboard a Feadship that is now once again state of the art in every respect.