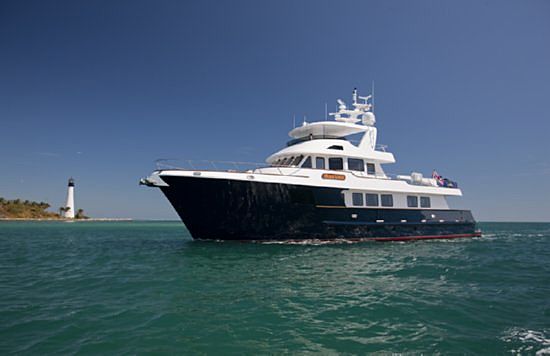 The long awaited launch on a rainy 4th of September was blessed by a partial clearing—with a rainbow no less—that appeared as the vessel was lifted from her cradle and continued until the craft touched the water. Artese said that he was not superstitious but, “The rainbow was an awesome sight and seemed auspicious which definitely added to the joyful occasion.” 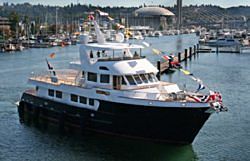 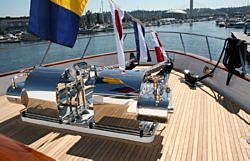 The christening ceremony itself took place in Tacoma, Washington on a sunny 12th of September. Miss Lisa nosed up to and docked bow to bow with the decommissioned ferry boat Point Ruston; it was from this notable platform that the owner’s wife christened Miss Lisa as an orchestral sonnet of ship’s horns sounded. A Hawaiian-inspired reception aboard the Point Ruston followed. 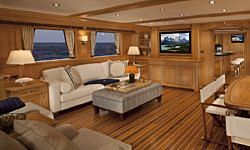 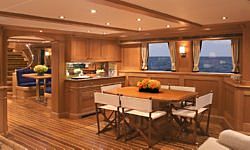 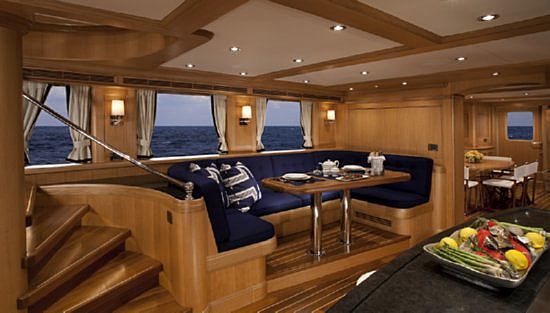 The Artese Design office created a very custom and classically styled interior of recessed panel and joinerwork in anegre, and featured a generous use of stone throughout. 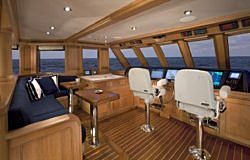 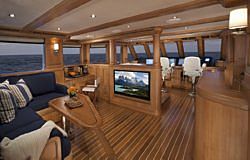 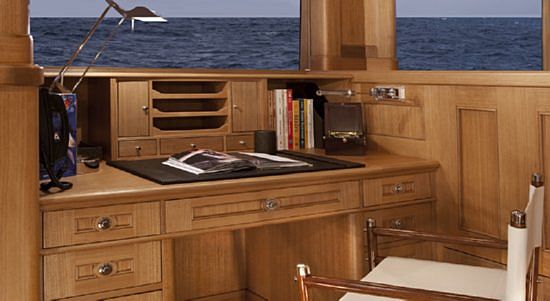 The expedition yacht has a very robust look which Artese tempered with a careful blend joinerwork details that were masculine in scale but drawn in a very refined and delicate sculptural form, tailored specifically to suit the owners, a husband and wife team. 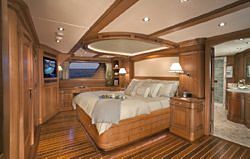 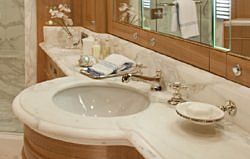 Sally Anne Artese worked closely with the owners on soft goods and lighting to achieve a crisp blue and white motif for this Connecticut couple who will spend half their time aboard. 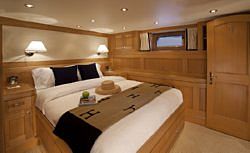 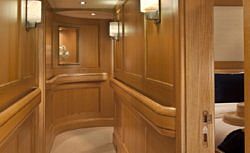 According to the owner’s representative, Mark Masciarotte of DSG Associates, “Joe is known around the world for his detailed, tasteful design. Miss Lisa exemplifies his work, and the craftsmen who worked on the boat deserve praise for their ability to translate his concepts into a yacht that is certainly one of the finest of her kind ever built in this country.” 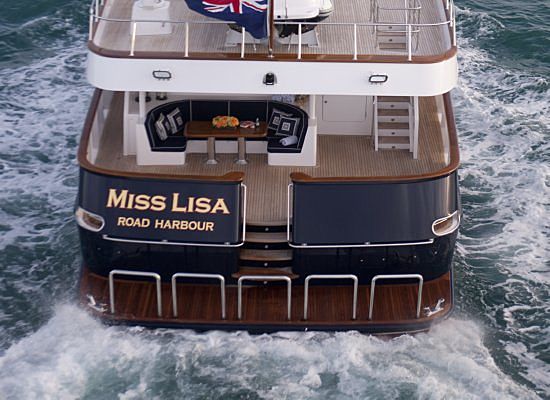 The Artese Design office has been involved in a number larger projects recently such as 183’ R/V Alucia, 173’ SuRi, and 175’ Peaceful Fish.