Home > News > Superyacht of the week: The legendary Christina O

In an industry of iconic imagery, there’s only one yacht which can truly be called the icon of superyachting. Christina O, the grand dame of the superyacht world, has every right to the title. Impressive, grand and stylish, luxurious, glamorous, and even magnificent are some of the superlatives that have been used frequently over the years to describe superyachts, and all sit well with the founding lady of the genre. 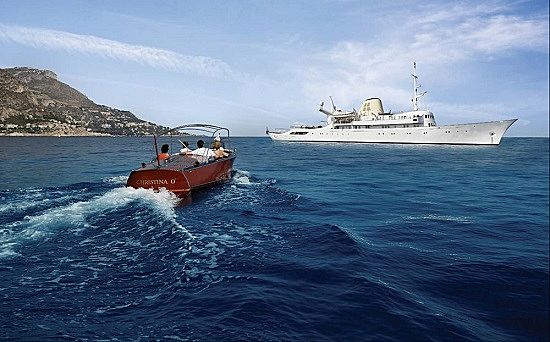 Add to that her own character, the unique way her history has been woven into that of the modern world, and we have a yacht loved for what she represents as much as her physical presence. And now, the superyacht holding one of the most colorful histories in the fabric of our industry, is being offered for sale. No better moment then, to take a look into the rich pages of Christina O's fairytale story of war, glamour, decline and renaissance. 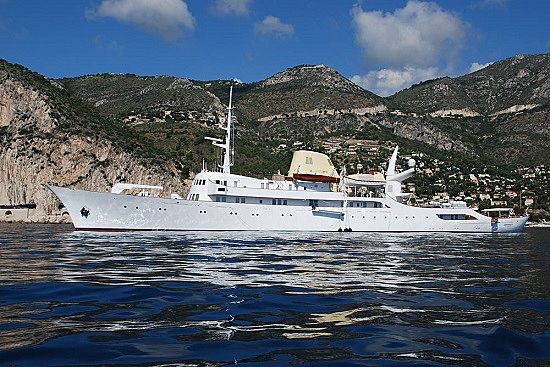 Originally built for the Royal Canadian Navy as a River-class anti-submarine frigate, as part of North-Atlantic convoys during the Second World War, Christina O was first launched as the HMCS Stormont in 1943. Foreshadowing her future which would see her present for many a historic meeting and event, she was deployed during the Battle of the Atlantic and present at the D-Day landings. 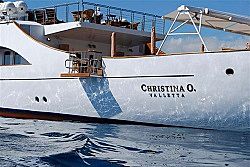 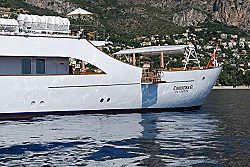 It wasn’t until illustrious Greek shipping magnate Aristotle Onassis - Ari to his friends - notedly bought the vessel for her scrap value, though, that she took up the mantle of power we associate with her today. Onassis infamously spent $4,000,000 to convert her into the legendary luxury private yacht she would become, catapulting her into yachting superstardom. Nowadays, this amount of money might seem unremarkable, as far as superyachts are concerned. However convert it to its contemporary equivalent of $45,000,000 and the true impact of the investment holds more weight. The impressive amount appealed to the imagination of the masses in the grim, wounded and broken-soul era of post-World War II Europe. 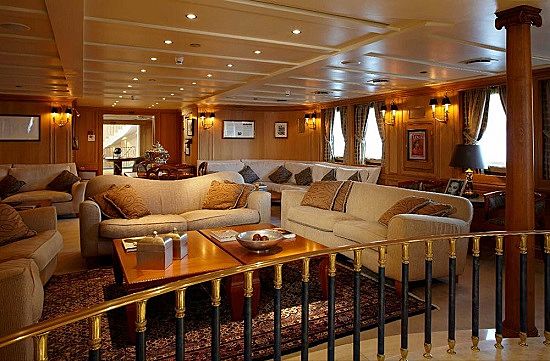 Onassis was setting a new standard of luxury for people to look up to; a seamark of anticipation that would be considered illustrious, lavish and magical. In short, he created something worth dreaming about. 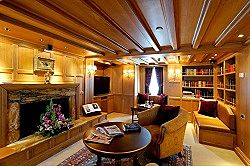 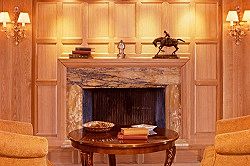 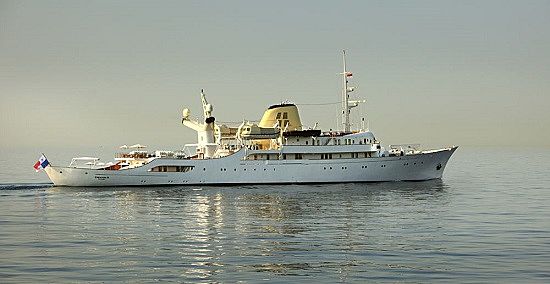 After the extensive refit, which took her from surplus vessel to opulent superyacht, she was rechristened Christina O, named after Onassis' daughter and, for years to come, served as an iconic beacon of a glamorous lifestyle. Hosting a long procession of high-profile guests, she also functioned as a catalyst for many of the savvy owner's business endeavours. The fact that John F. Kennedy was first introduced to Winston Churchill onboard Christina, perfectly illustrates her status as an environment for some of the world's most influential people to meet. With most fellow superyacht owners at the time preferring privacy over publicity and discretion over openness, Aristotle Onassis and Christina O set a new standard for private vessels, the resonance of which has echoed down the industry to today’s yachts. 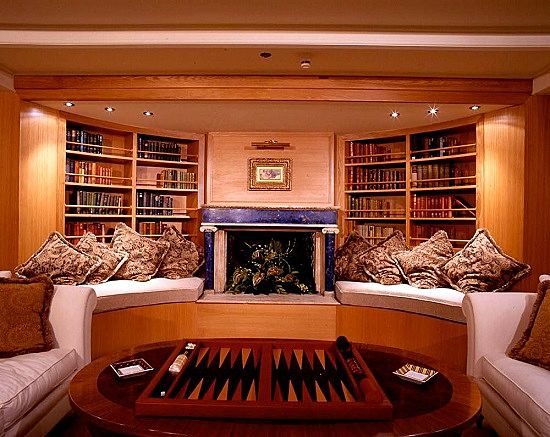 In postbellum Europe, Christina O's extensive range of famous and infamous guests reads as a who's who of Hollywood glamour, global politics and fine arts. Among the most notable were icons such as Eva Péron, Frank Sinatra, Marilyn Monroe and Princess Grace of Monaco, whose wedding reception with Prince Rainier took place onboard in 1956. For years, Christina O was the stage for opulent parties and the unsurpassed amounts of media attention they inspired. The passionate and widely chronicled romance between Onassis and incomparable opera diva Maria Callas was just one of many illustrious chapters, though it ended in Onassis marrying former-first lady Jacqueline Kennedy. The marriage took place just off his private island of Skorpios, naturally onboard Christina O, resulting in a new generation of high profile guests being introduced to life onboard. 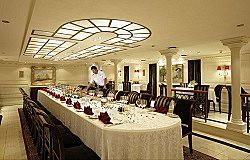 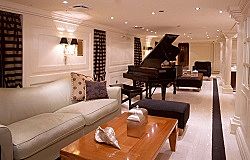 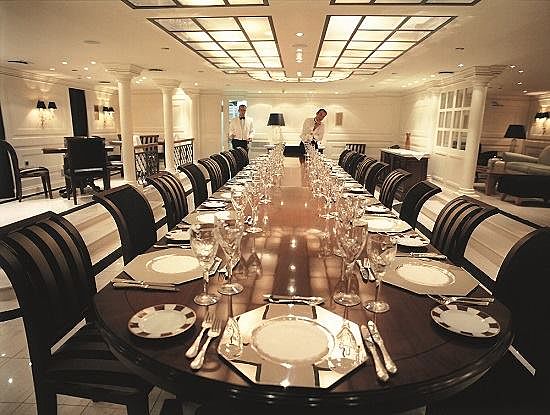 A life that seemed like a fairytale, would soon take a turn for the worse, when Onassis' firstborn and only son Alexander died in a plane crash at age 24, in 1973. Merely two years after, the life of Aristotle Onassis himself came to a close, ending an unparalleled history of glamour, passion, wealth and extravagance for Christina O. Once home to the very soul of international society, she was willed to her namesake Christina Onassis, who in turn bestowed the vessel to the Greek government to use as the presidential yacht. As such, she was rechristened Argo and was, over time, allowed to decay and deteriorate to such a level that when, in the early 1990s, she was put up for sale, no interested buyers could be found. 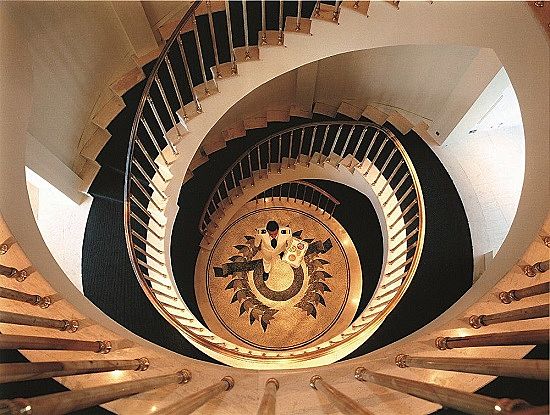 In 1998, Argo was purchased by Greek shipowner John Paul Papanicolaou, a family friend of the Onassis dynasty. As a tribute, he renamed the superyacht Christina O, and, after an extensive refit programme, finished in 2001, returned the vessel to her former glory. 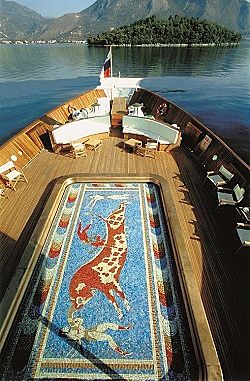 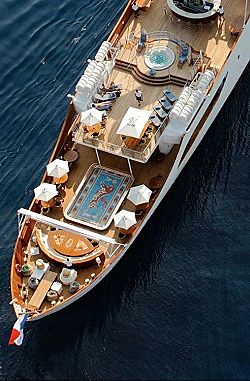 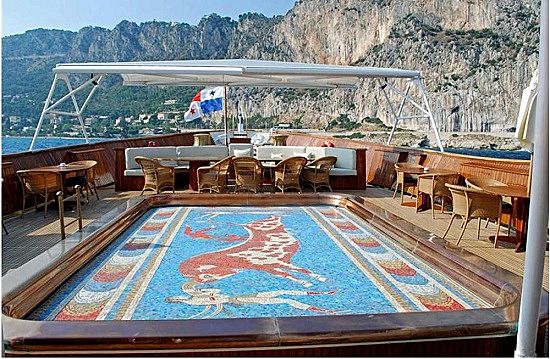 Sailing confidently into the new millennium, the legendary Christina O combined her uniquely-stylish past with lavish contemporary luxury. With an LOA of just over 99 metres, she boasted spacious exteriors and interiors, highlighted by a light, classic design scheme designed for warm ambiance which blended her iconic past seamlessly with her reinvigorated personality. Today, she offers an array of accommodation, with a lavish master suite and 18 guest suites, decorated throughout with her signature light, classic form, and with a number of living areas for guests to enjoy. Her spacious exterior decks are a stand out feature. The minotaur-themed swimming pool floor, which can be raised to form the aft deck dance floor, has been returned to its former glory - one of many original features to have had the restoration treatment. From Ari's bar to the Onassis suite, and a newly constructed Callas stage to the promenade deck helicopter platform, Christina O’s classic features ensure she’s still as impressive as she is legendary. 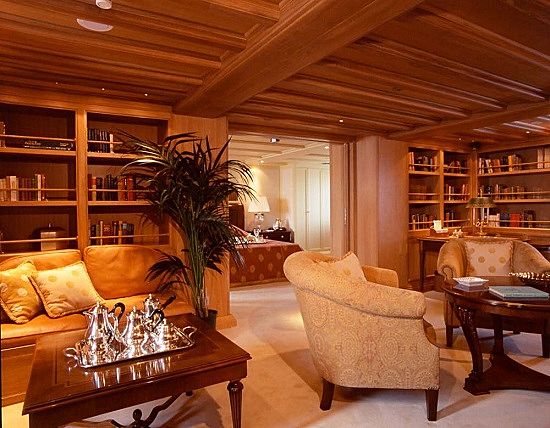 Put aside the media attention and infamous stories, and Christina O is still an extremely special yacht. A tangible slice of history, not only for the superyacht industry but for society in general, with the decks still echoing with the many legendary guests who have paced their lengths over time. And this shining piece of modern history is now for sale, an icon in the truest sense of the word, up for grabs for the limited few who are able to appreciate her uniqueness. 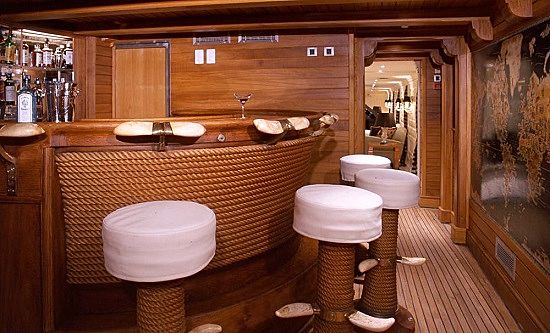 “There are probably about 10 or so people in the world who would be interested in buying Christina O. She carries such heritage that any buyer would be someone who wants to protect the historical background, as well as being able to afford it. They would probably also be someone who likes their privacy – as many of the guests who partied on Christina O did,” says Nicholas Edmiston, chairman of Edmiston & Company. 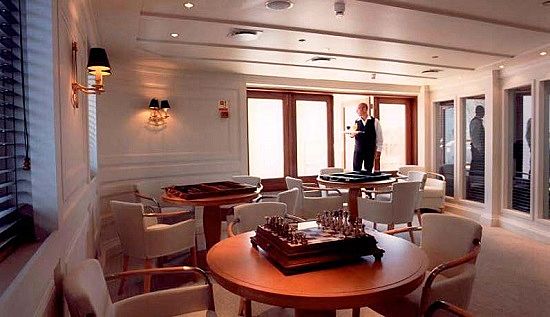 As often as Christina O has been in the spotlight over the years, the essence of her grace and the secrets of her elegance have retained their mysteries over time. One thing is certain though she will remain a hostess of luxury, style and privacy, for anyone lucky enough to purchase her. 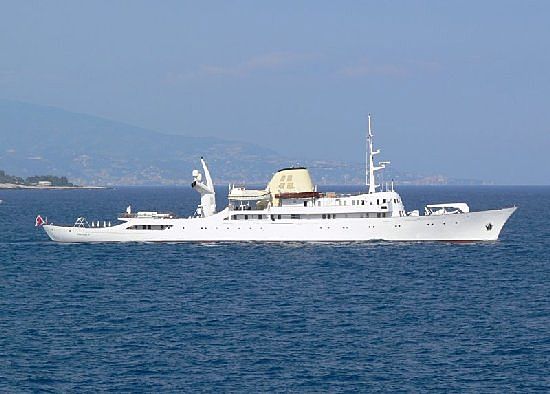 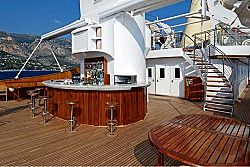 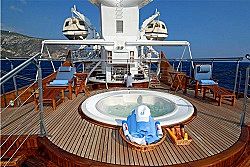