Home > News > Superyacht of the Week: The Majesty 125 Grenadines III

A recent invitation by Gulf Craft, to spend three days in the South of France for a charter experience on board the Majesty 125, Grenadines III, was the perfect opportunity to put this outstanding example of its Majesty Yachts super yacht range to the test. Gulf Craft launched Grenadines III, the first Majesty 125, in the summer of 2010, and introduced her to the public at the Cannes Boat Show. 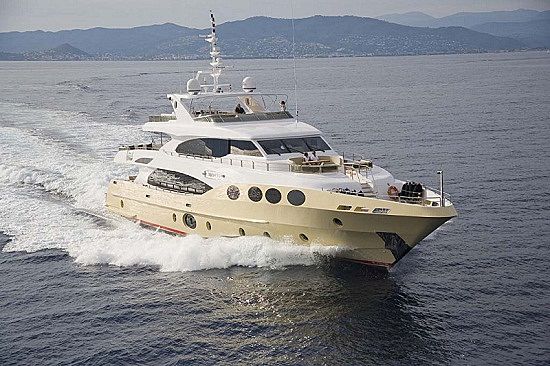 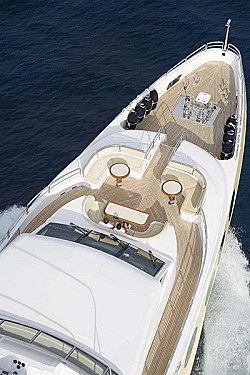 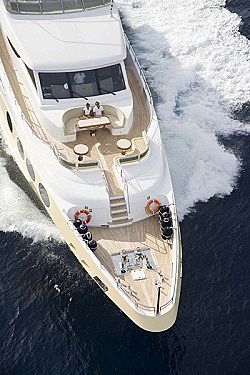 Grenadines III is captained by captain Florent Maillot, who welcomed us on board on a sunny and warm June morning, in the port of Bandol. Although Bandol is not the first town that come into mind when planning a superyacht charter, it proved to be a delightful port to start our cruise. 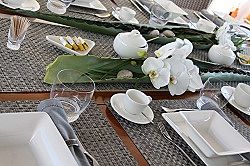 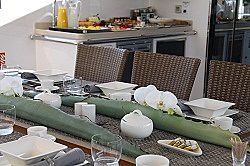 Upon arrival at the yacht, Chef Karem had set up a breakfast feast, and whilst the guests were enjoying a prolonged breakfast buffet on the upper deck, which included freshly baked breads, fresh fruit and an endless selection of local specialities, captain Maillot’s crew had the yacht ready for departure, and we quietly slid out of our berth. 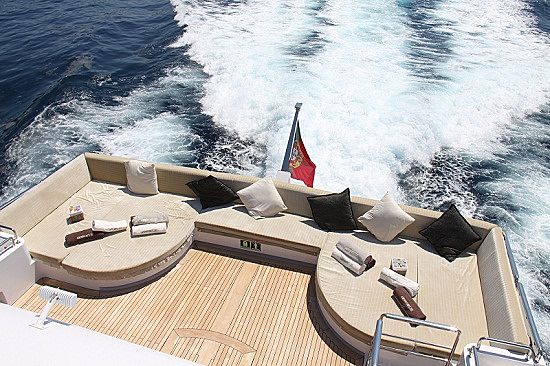 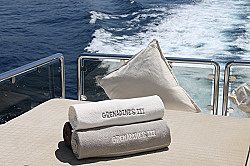 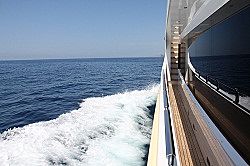 Our trip would take us to the nearby Calanques de Cassis, also referred to as the Mediterranean fjords. Calanques are actually remains of ancient river mouths formed some 60 million years ago. Later, during quaternary glaciations, as glaciers swept by, they further deepened those valleys which would eventually be invaded with sea to become the calanques we know today. 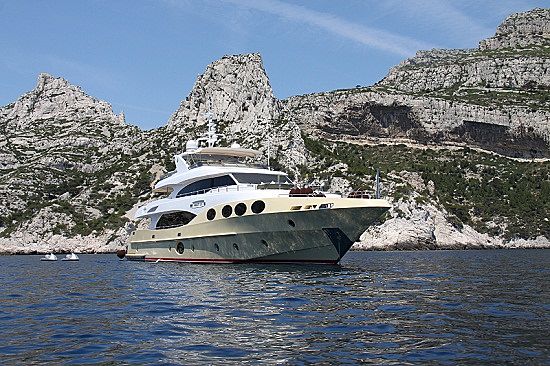 After some 90 minutes of scenic cruising, captain Maillot dropped anchor at the Calanque de Morgiou. The popularity of the Calanques does have its downsides. Locally operated tourist boats crowd the especially in the high season, however our early June weekday trip was still early enough in the season, to find a deserted spot with ease. 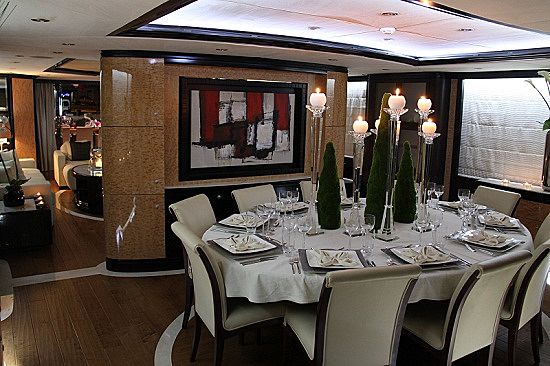 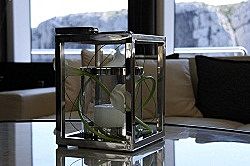 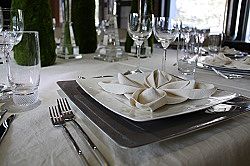 Combining exquisite performance with sublime comfort and class, Grenadines III is a yacht that exudes an aura that is both airy and down-to-earth. A considerable part of her elegance lies in her meaningful luxury and performance-based sea keeping, while compromising as a result of customization is simply not an option. 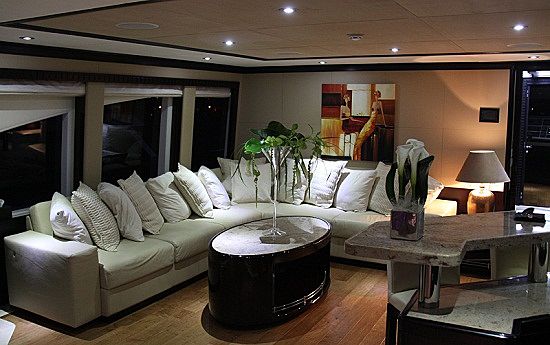 This tri-deck superyacht stands out because of her no-nonsense appeal, having an honesty in both her interior and exterior design that is comforting and tasteful alike, effortlessly combing materials that range from robust to strikingly gracious into an athmosphere of tranquillity and warmth. 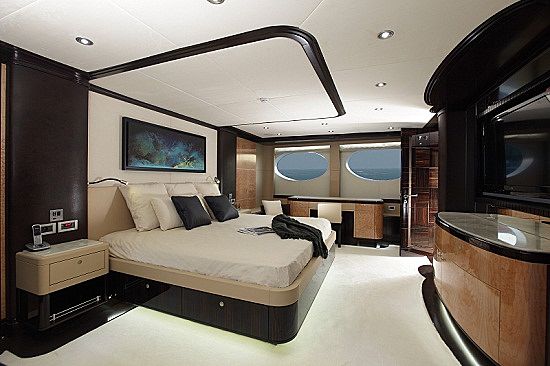 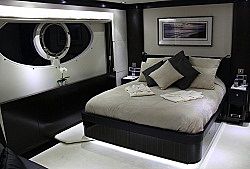 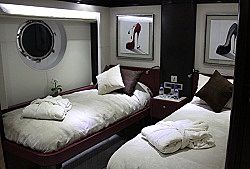 Grenadines III accomodates a company of up to ten guests, offering a range of five en suite staterooms, each emphasizing panoramic views and offering the typically stylish comfort as can be found throughout the entire vessel, inside and out. Included in her considerable range of state rooms, Grenadines III comes with a full beam owners room offering a walk-in closet, en suite office and Jacuzzi. The lower deck offers four large guest staterooms. 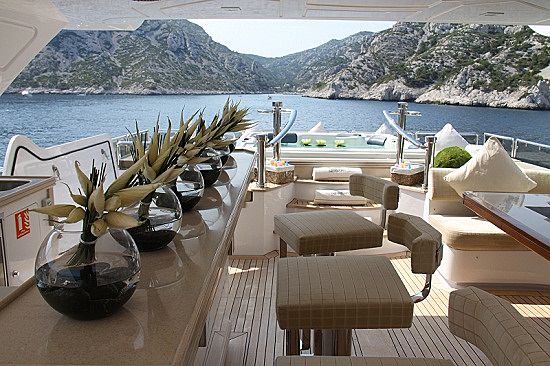 Ample space can be found on any of her outside decks, offering various areas for lounging and entertaining on both the main and upper deck as well as an extensive sundeck, all executed in a carefully selected range of quality leather, woods and marbles that also define the yachts interior finesse. The sundeck offers a six person Jacuzzi, offering magnificient 360 degrees views, along with 2 sets of outdoor wet bars including full size barbecues, ensuring more than enough capacity is available for companies of any size, while other outside possibilities for entertaining such as Al Fresco dining 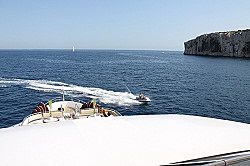 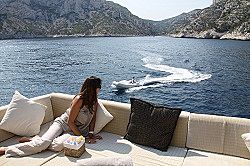 Our afternoon on board was spend on the yacht's jet skis, and part of charter party were taken ashore to discover the Calanque before lunch was served. 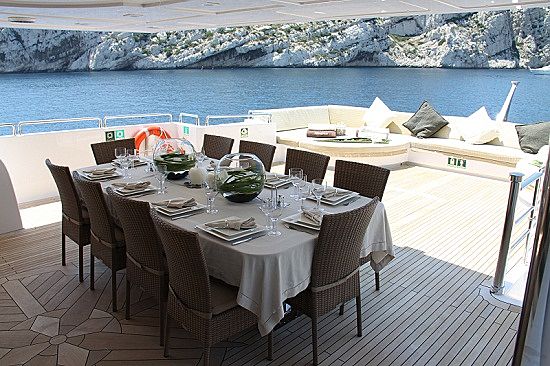 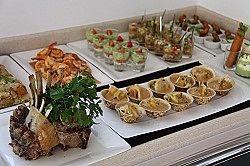 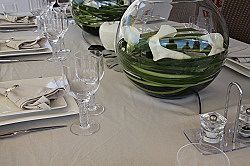 Chef Karim prepared a gourmet lunch, which was served on the upper deck. Stewardesses Lina and Francesca had set up the table beautifully, with fresh flowers prepared by the florist Lionel Roche, of l’Atilier d’Aneis, who also decorated the entire interior with an abundance of flowery art. 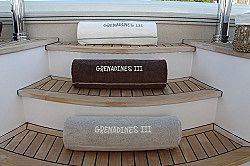 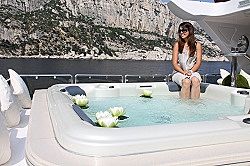 The hours following lunch were spent lounging on the sunpads by the Jacuzzi, and early evening we pulled anchor, and cruised back to Bandol, in time for dinner with the yacht’s French owners.

The owner bought the yacht just before she was about to be delivered, at the dinner table he spoke openly about his first superyacht purchase; “I spoke with many yards before buying this yacht, but most yards had long delivery times, and prices were high”. “This yacht was three months before delivery”, he continues, “ for me this was great. It did not want to purchase a yacht, and have to wait for three years”. 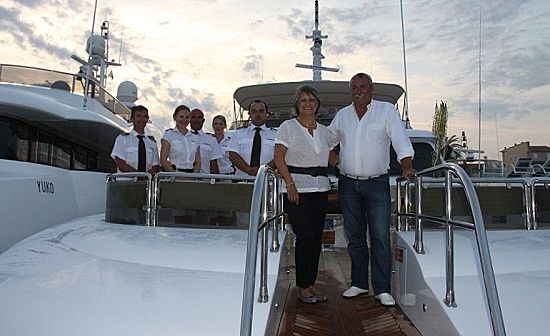 Charter had been on the owner’s mind from day one; “I wanted a yacht not just for me, I love my yacht, but I also have a beautiful house on the sea, so I would like to spend maybe a month on board, not much more. When I’m not using the yacht, she’s available for charter. The planning of the layout on the Majesty 125 is great, I especially like the layout of the exterior spaces, which make her perfect for charter. On the bridge deck alone, there are many options for guests to relax outside”

Although new to the charter market, Grenadines III already has 35 days of summer charters booked, prove of a successful combination between a top class yacht, and a great crew. Over a glass of champagne on the sundeck, the owner ends the day by saying “The Majesty 125, with her three decks, offers lots of space for both guests and crew, I think she’s a perfectly sized superyacht, for a great price, in fact, she’s the best.“