Home > News > Superyacht of the Week: the heavy duty explorer Plan B

So often superyacht conversions stem from one owner’s adventurous spirit fueled by his/her desire to sail the seven seas in a celebrated piece of history, transformed into a luxury haven according to their tastes and inspirations. Although our Superyacht of the Week might tick some of those boxes, Plan B has been converted with the development of science in total comfort in mind. This approach called for a next-level finish and unparalleled standard of on-board amenities. We find out what the history is behind this tough-looking vessel and why, when it comes to expedition charters, Plan B should be every adventurer’s first choice.

The history of Plan B is a story that takes us back to 1973 when the Royal Australian Navy commissioned the HMAS Flinders as a larger and heavier addition to their hydrographic survey fleet. The 49 metre vessel served mainly in Australian waters surveying harbours, anchorages and new waterways. She also undertook several missions deeper into the Pacific and around New Guinean waters until she was decommissioned in 1998. 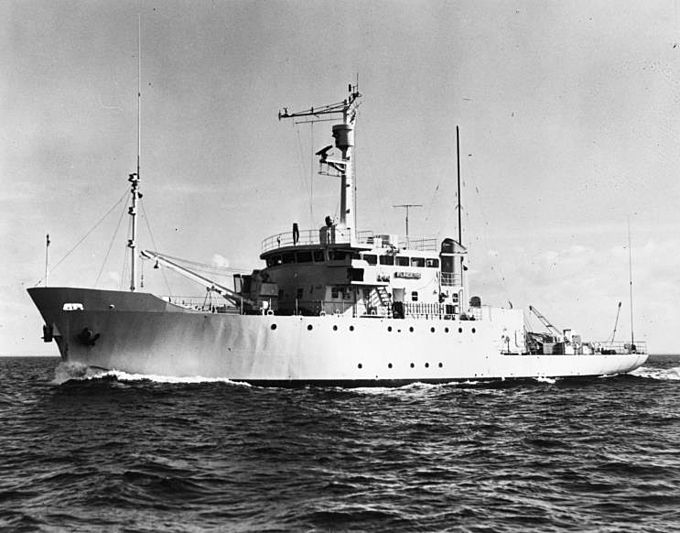 She was subsequently auctioned off destined for civilian use, which is when her life in the superyacht world began. Renamed M/V Flinders, the ship was moved to Whangarei in New Zealand where her (then) owner set out to completely alter the DNA of this once duty-driven vessel into a more luxurious, but by no means less tough, explorer. The hull lines and large parts of the superstructure visible today was the work of De Villiers Yacht Design with naval architecture and engineering by Marine Industrial Design who worked together with Culham Engineering to get the most available space from the proven ship. 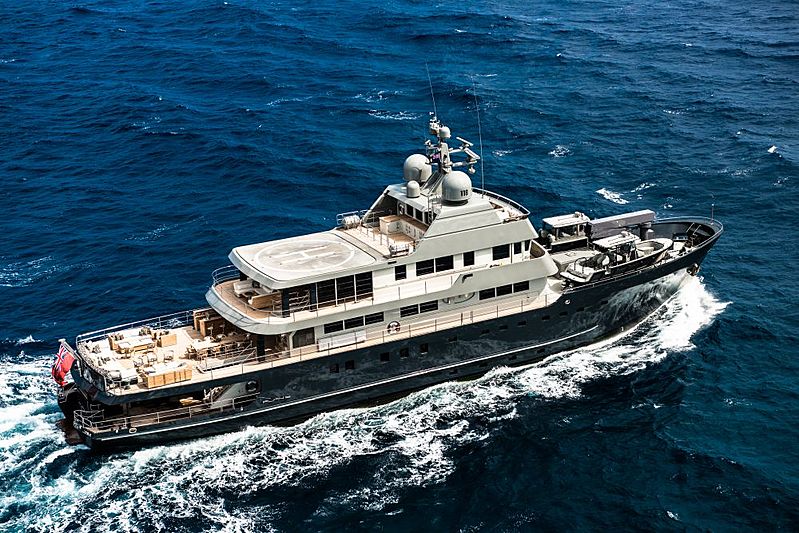 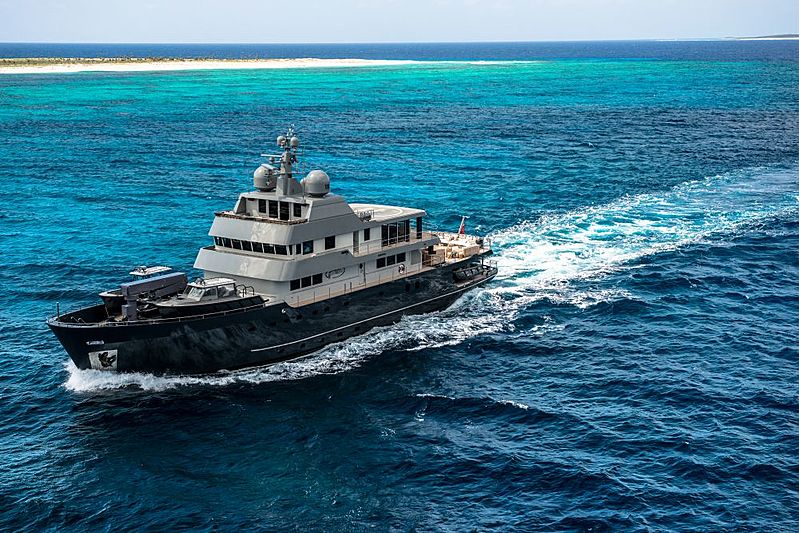 It was not until 2007 that the yacht set sail as the M/Y Plan B that we know today. Her current owner had the yacht cruise to Florida where she was hauled out at Atlantic Drydock in Jacksonville in 2005 for a restyle on the work started by the previous owner. Here Plan B had her upper aft decks extended with the addition of a helicopter landing pad on the sun deck aft. During the period the interior was restyled by the hand of New York designer Mark Zeff Designs and later (2011) into the eclectic loft style we see today from the owner's personal inspirations. Her most recent refit was overseen by Murray & Associates. 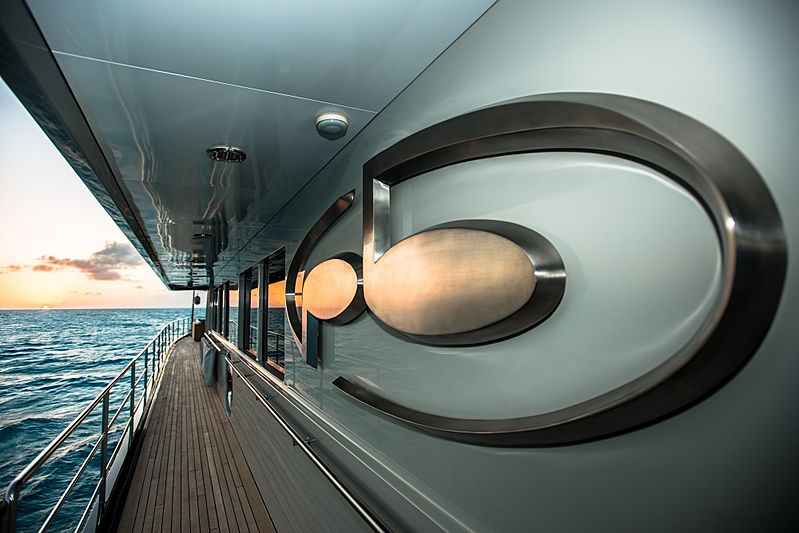 Plan B now comfortably accommodates her 12 guests in a king-sized master suite and four guest cabins below. 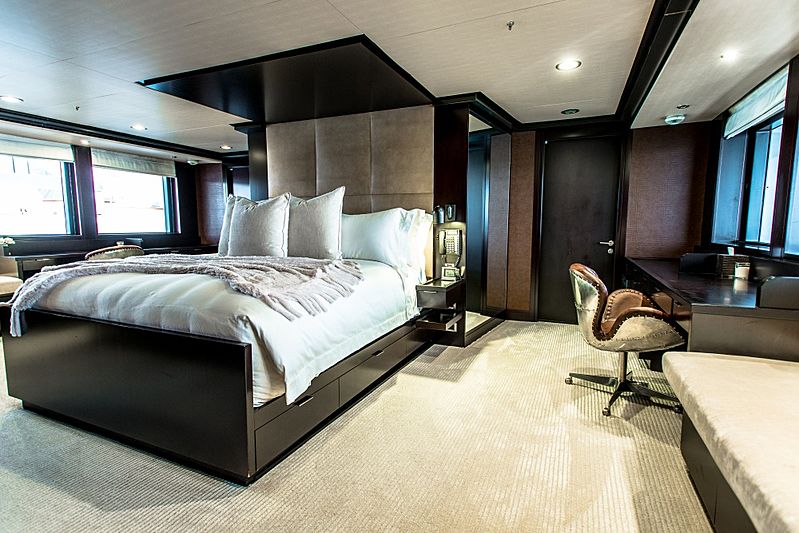 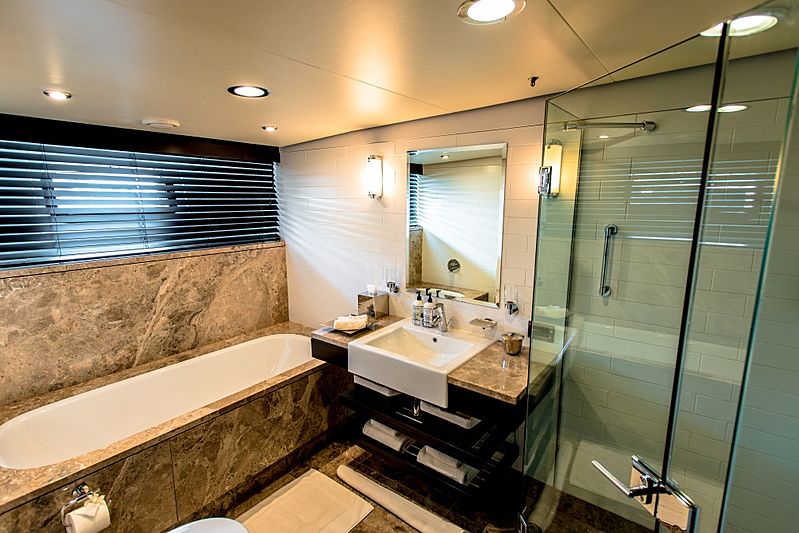 On the very top deck an enclosed area was created which houses the on board gym equipment and leads through to a private sunbathing and pool area with a stunning panoramic view over the yacht’s vast foredeck. 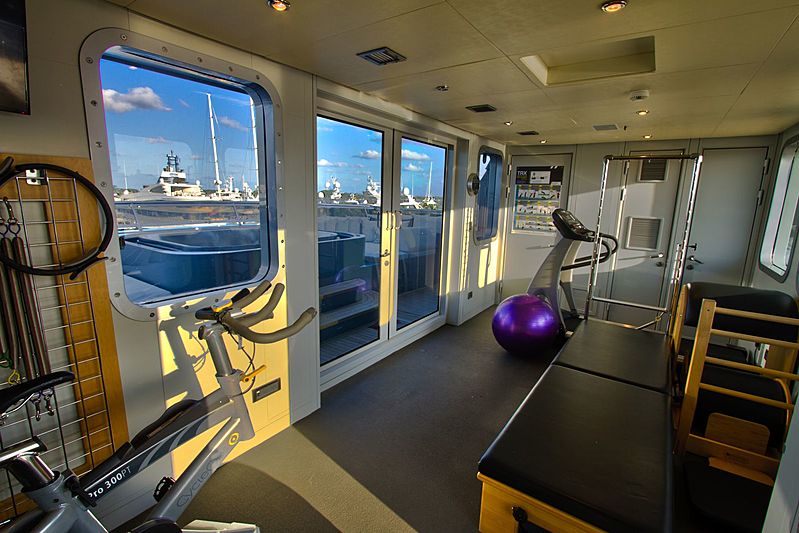 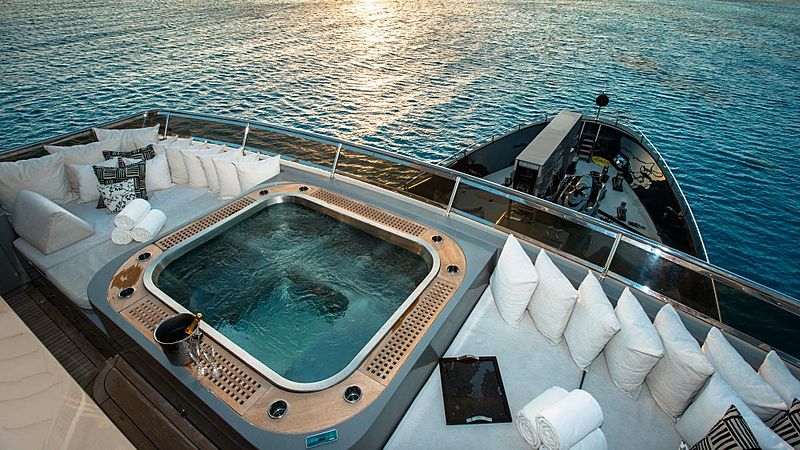 The bridge deck aft is transformed into a single indoor outdoor area whereby a series of large sliding doors eliminates any boundaries between the aft exterior area and the upper saloon inside. 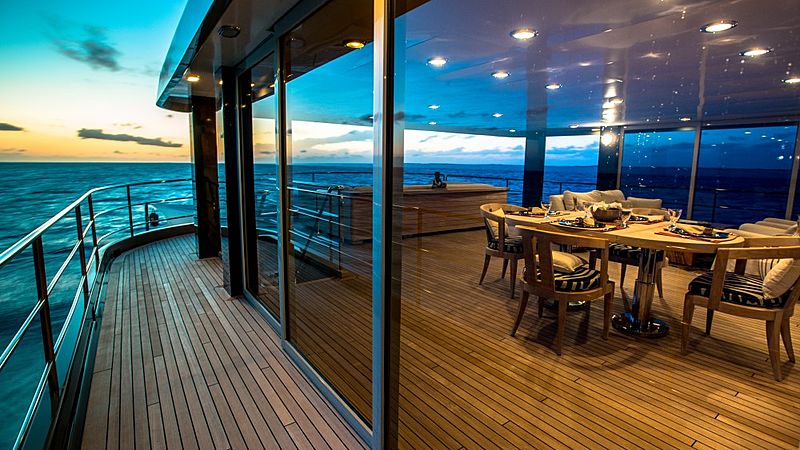 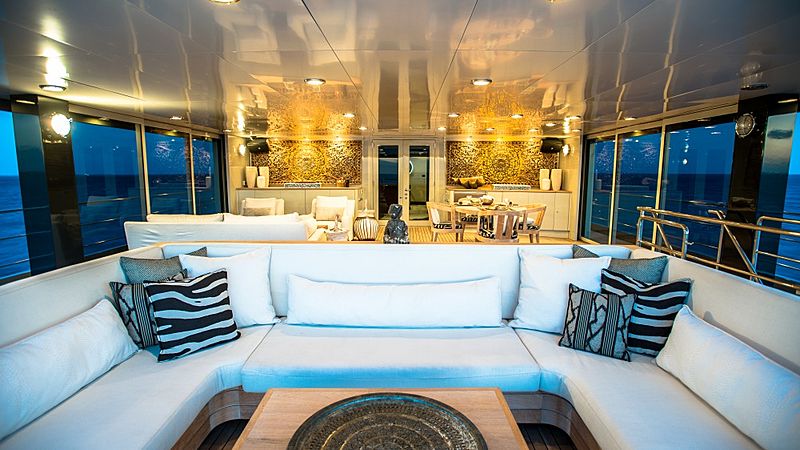 As the stars come out, guests are invited to gather on main deck aft where they can enjoy their favourite film under the open sky in what must be a memorable experience in any anchorage, no to mention the Norwegian fjords where Plan B currently finds herself. 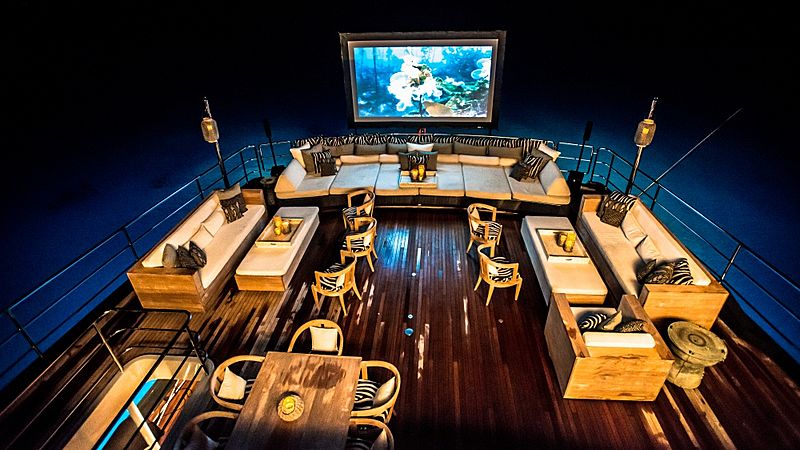 When it comes to exploration capabilities and watersports fun, few yachts can keep up with the mighty Plan B. A series fleet of tenders, water craft and and even her own helicopter that goes wherever she goes, means Plan B is ready for every possible request from even the most discerning guest. 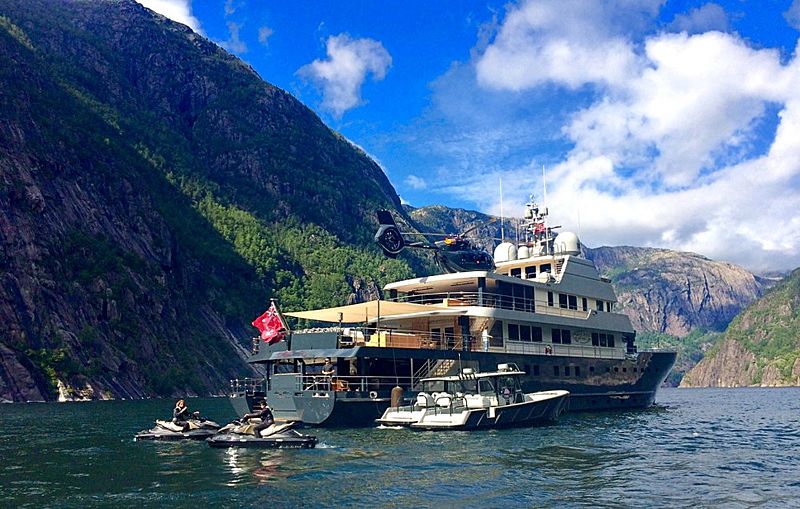 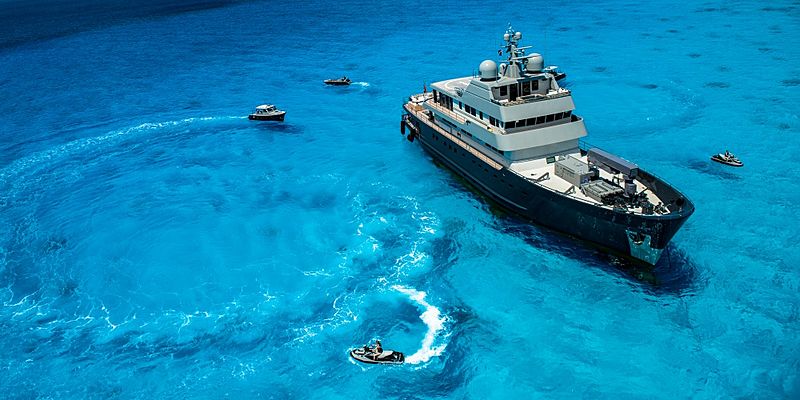 Since her departure from Florida in 2007 the yacht has circumnavigated the globe three times. 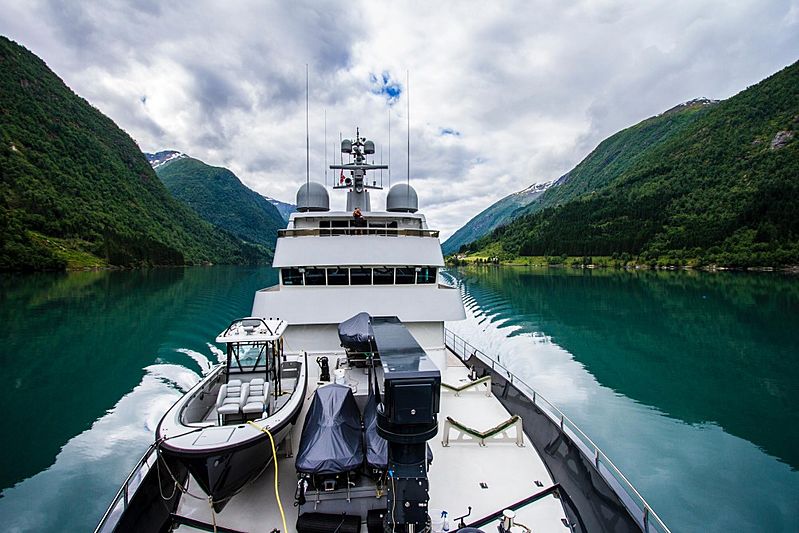 Currently cruising in Norway until August, Plan B’s itinerary will see her cruise south to the Azores in September from where she will continue onto Central America to reach Patagonia by early 2017. Contact Ocean Independence to find out how you can charter Plan B this season from USD 195,000 to USD 250,000 per week. 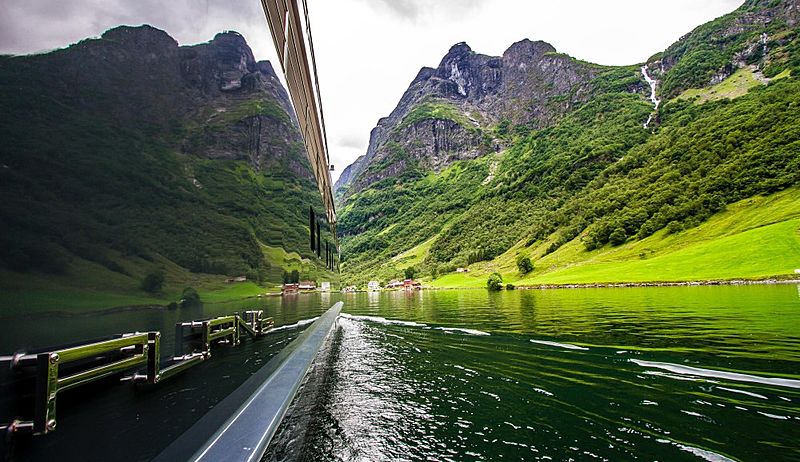 Photos in Norway by Plan B crew