More than 120,000 hits on Google, her own Wikipedia page, her own fan website, numerous photographs on different photo sharing sites. In these digital days, information and images about the Lady Moura are abundant and accessible through a few strokes on the keyboard. Times used to be different… 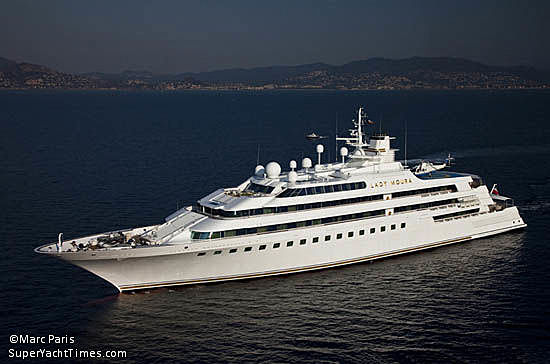 The yachting community has always been, like a kicked beehive, buzzing with rumours. During the first Monaco Yacht Show in 1991, the biggest rumour was about a yacht that was not present at the show, not even present in the Principality: the Lady Moura.

Her builders, the German, Hamburg based yard of Blohm+Voss had delivered her in 1990 but the yacht was still shrouded in secrecy and the wildest rumours we’re told about her: her length, her tonnage, her ownership, the size of her crew, her building cost. 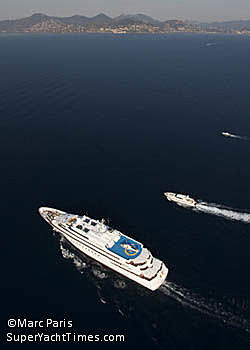 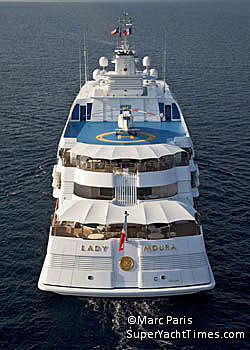 The yard, presumably bound by contracts, did not publish much information to put an end to the wild rumours about their project n° 954 : Blohm+Voss limited themselves to an advertisement in the different magazines with a photo of the Lady Moura during sea trials and a caption of her LOA of 105 meters. That was it.

Over the years some more details have become public: the LOA of the yacht is 105 meters, she’s 18,5 meters wide, with a draught of 5,5 meters. Her propulsion exists of two 6868HP Deutz-MWM TBD510BV12 diesels giving her a speed of more than 20 knots. 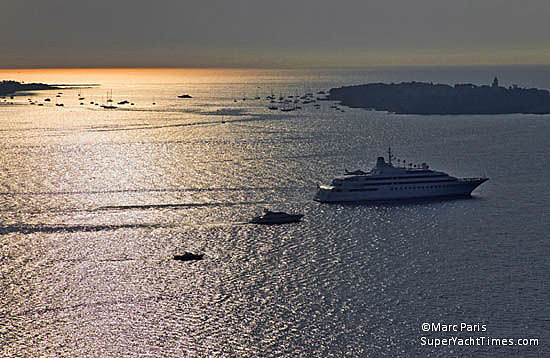 Naval architecture for the yacht was done in house by Blohm+Voss and her interior was created by none other than the Italian Luigi Sturchio whose also famous for his work on Nabila, Chamar, Airwaves, to name a few. 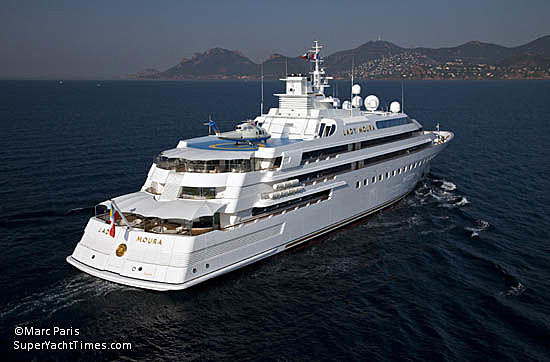 The giant yacht has seven decks. Tenders, anchors and such are all stored behind hydraulic doors so that the yacht has a clean hull.

About the lay-out: not much is known and what is known is based on quay-side information. The top deck has an indoor swimming pool with a roof that slides open. The deck below the bridge deck supposedly is dedicated to the owner: aft of the central staircase a massive owner suite with a private aft balcony and fore of the main staircase are the different apartments for the owner’s family. 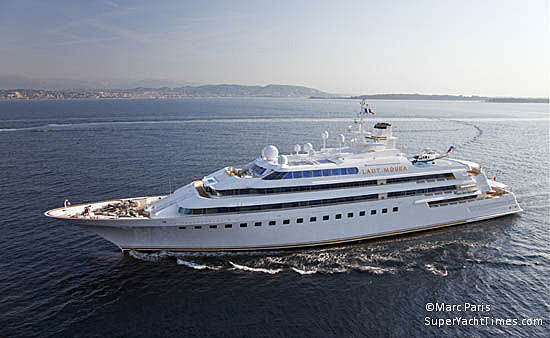 Unlike most yachts, Lady Moura is used almost the year round: she serves as permanent residence for the owner and his family. The yacht is usually found in Monaco or Palma and makes trips around the northern parts of the Mediterranean. The only times she has left the Med in recent years is to make trips to her builders in Germany. 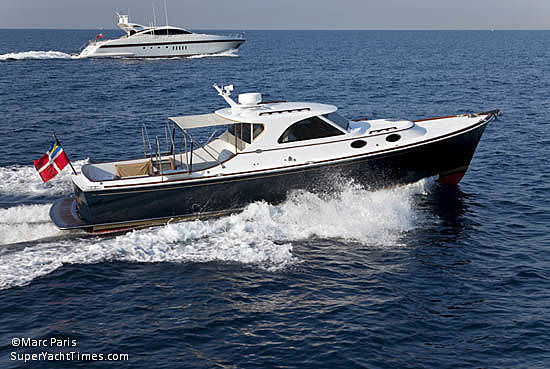 Nothing is known about her interior apart from the fact that it is opulent. Many reports say that she has a 59 ft dining table onboard, created by Viscount Linley, but like with all other things regarding Lady Moura, this has never been confirmed. 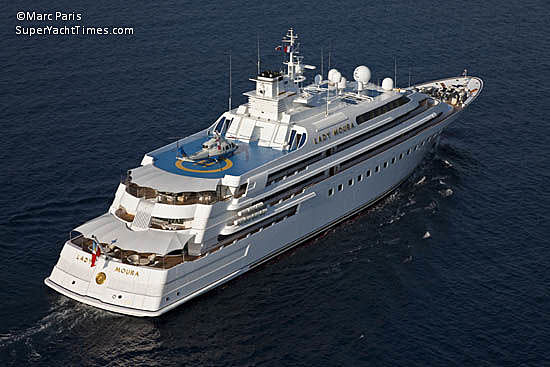 Apart from the usual tenders, the yacht has two chase boats: the Mangusta 92 Little Saf and there’s also the 100 ft DeBirs Little Sarah. If you don’t want to use a tender or chase boat to go onshore; no problem: there’s still the helicopter: a Sikorsky S-76B. The helicopter is permanently onboard.

A special feature that we do know about since it can be seen when the yacht is at anchor is her beach club. 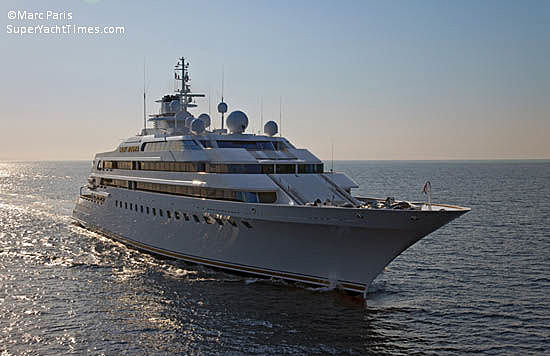 Along the waterline she has a beach club that stretches from port to starboard with large hydraulic platforms that fold down from her hull. It is said that she also deploys shark nets to provide safe swimming spots.

Today we are more than proud to present to you this magnificent series of officialLady Moura photographs, especially commissioned by her owners for the 20th birthday of their yacht and made by the well known yacht photographer Marc Paris.