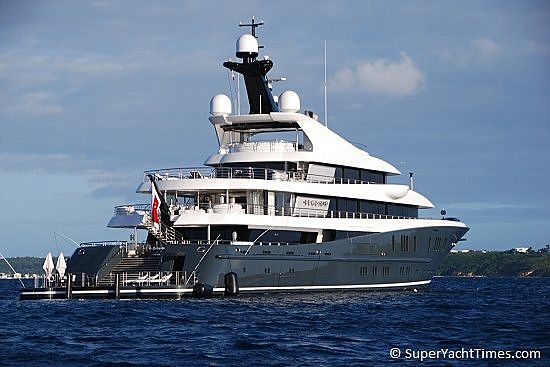 The 90.02 metre Lürssen built Phoenix 2 was launched in 2010, and has been designed by Andrew Winch Designs. The owner's previous yacht was a 60 metre superyacht Phoenix (now Aurora) that was launched at Lürssen in 2004. Phoenix 2's sun deck offers a huge swimming pool with separate Jacuzzi and exterior cinema, and the sky lounge opens out to an inside/outside dining area. Inside,imaginative use of furnishings, fabrics and furniture is influenced by the New York 1930’s era.