Motor yacht A, launched by Blohm & Voss in 2008, returned to her German builder after her initial summer season. She was relaunched only a few days ago, and German photographer Carl Groll went out to photograph her, during her recent sea trials, off the coast of Germany. 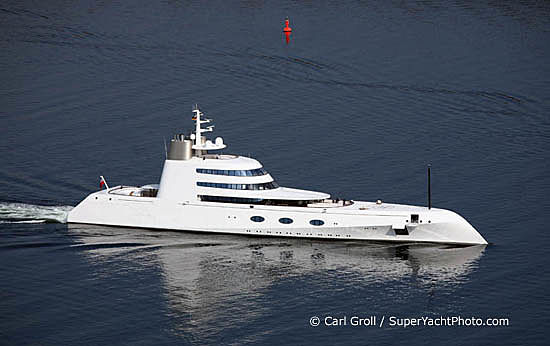 A, designed by Philippe Starck, is without doubt the most eye-catching superyacht ever launched. As with Starck's previous superyacht project (Wedge Too), you either love it, or you hate it. The name A derives from the first letter of both owners first names. The left (curved and feminine) side of the huge A on the stern resembles her, the right (angular and masculine) side resembles him. 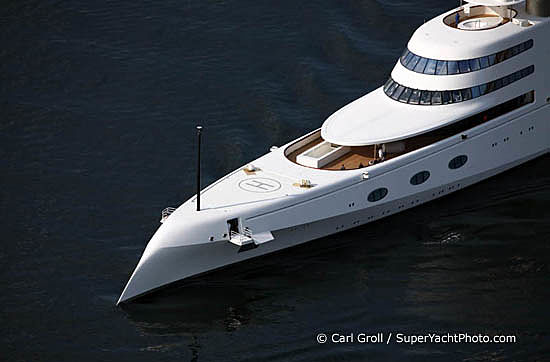 Due to strict confidentiality agreements, little information is released on the yacht. What we can tell you, are some of the technical facts. A, 119m long, is powered by twin 6.035hp MAN RK280 Diesels, providing speeds up to 23 knots. At her top speed, she has a range of 4250nm. Her cruising speed of 19.5 knots, gives her a range of 6500nm. All this on 757.000 liters of Diesel fuel. 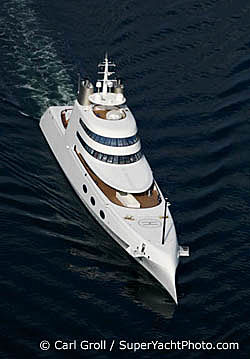 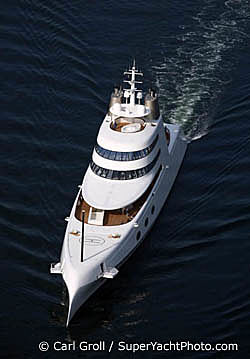 Special features on A, are her stern and side hatches. Through innovative engineering and design, the stern hatch opens up as a huge swim platform over the sea, whilst several side garages host tenders, including the 11m main guest tender, designed by Starck. 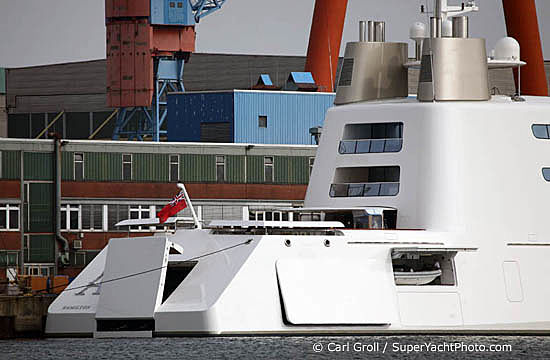 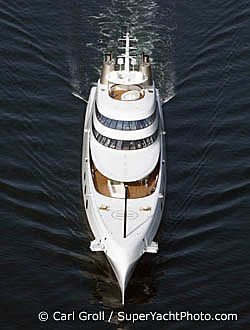 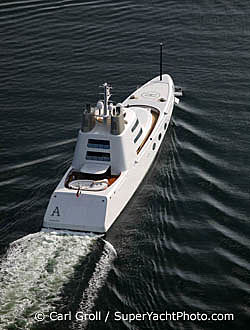 Another interesting feature on board A, as seen from these aerial shots, are her three pools, on the top-, aft-, and foredeck. The latter is the biggest of the three, and is positioned at an angle on the foredeck. It is equipped with a waterjet, that creates a current to swim against. The top deck pool is the smallest, whilst the aft deck pool has an organic and highly unusual shape. 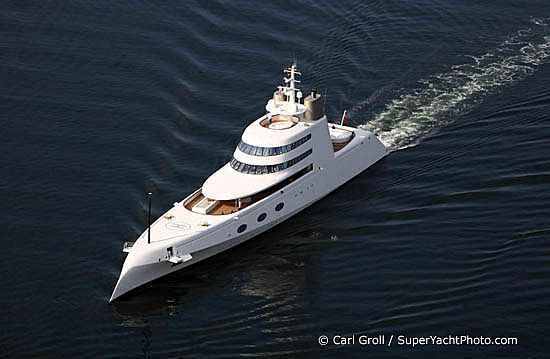 At first sight, A seems to lack a proper aft deck space for a yacht this size, this is however not entirely true. Decks 4 and 5 (the bridge- and owner's deck) feature deep balconies, whilst deck 3, what could be called the main deck, features a clean and spacious aft deck, which features a pool, as well as a covered seating area. The main deckspace however, is the large open foredeck, which is accessible from the main salon. High bulwarks provide security, although when traveling at 23 knots, this area might get a bit too windy to be used by guests. 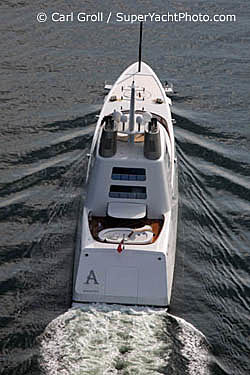 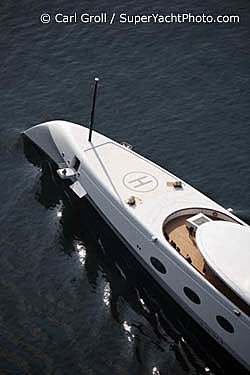 Forward of the 'cockpit area' there is a touch and go helipad, set in what is otherwise a clean and open space.