The 80.07-metre Heesen Yachts superyacht Project Cosmos, now known as Galactica, has been launched in the Netherlands. The yacht, which was first launched in November, is the builders longest and fastest superyacht built to date, setting records for the shipyard with speeds up to 30 knots. She is exactly 10 metres longer than the 2016 Heesen superyacht Galactica Super Nova. 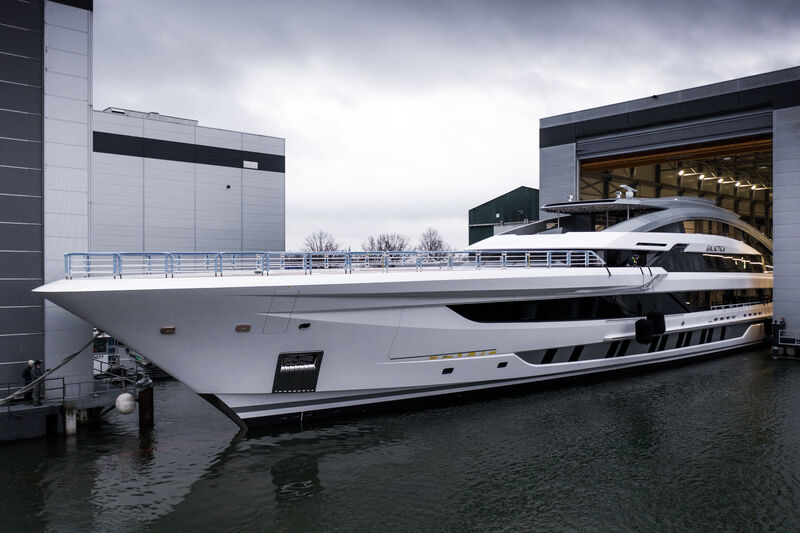 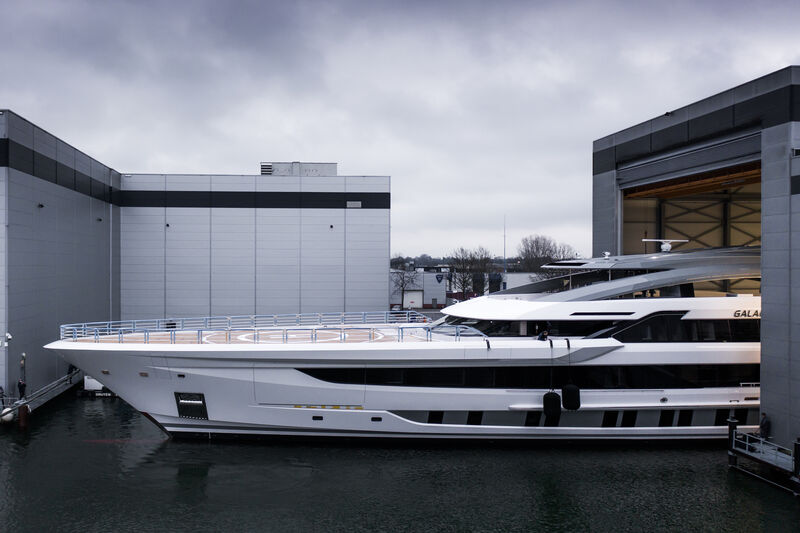 Photo: Tom van Oossanen Heesen and her owner turned to a A-star list of designers to create this record-breaking yacht, with British design firm Winch drawing her long and sinewy exterior lines which culminate in a powerfully sharp bow. 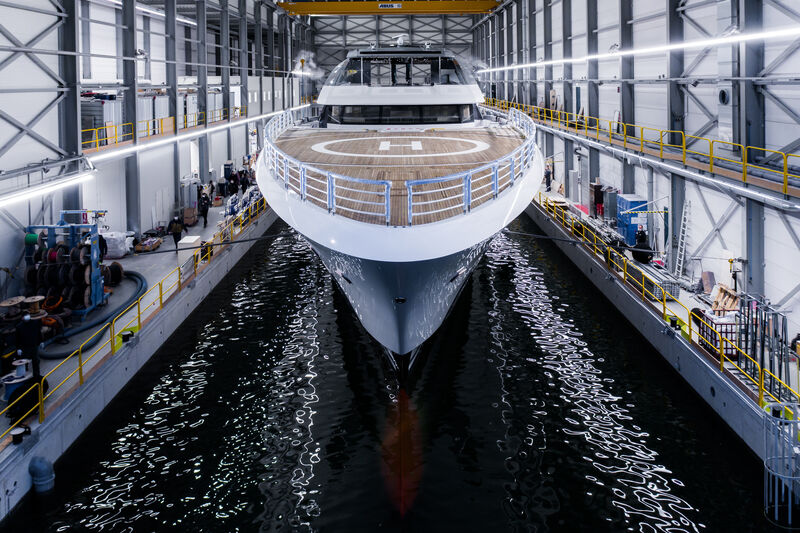 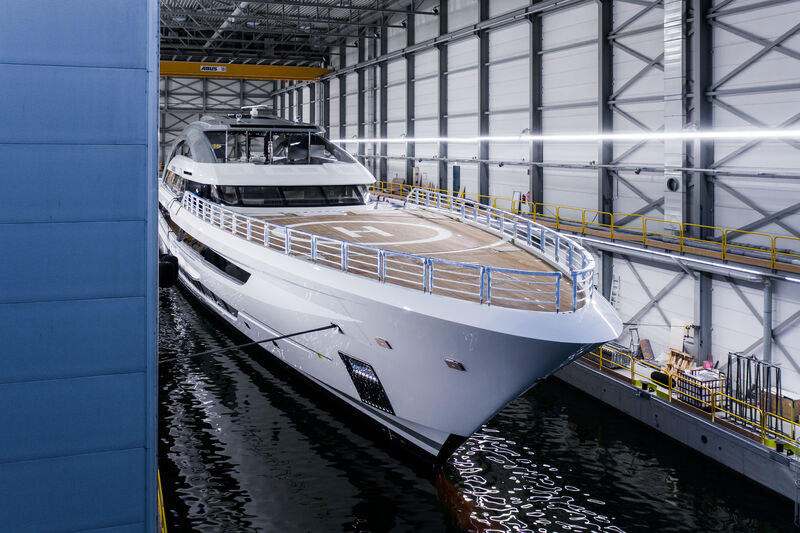 Photo: Tom van Oossanen Her profile is punctuated by angular forward flowing lines that echo the direction of her bow, with dark glazing that flows right into the forward part of the hull. Amidships there is an arched motif that defines the upper superstructure and which offers full glazed walls that will no doubt shed an abundance of light on her upper decks. This also acts to protect the top deck from the elements, and lend her owner and guests absolute privacy while they enjoy time onboard. 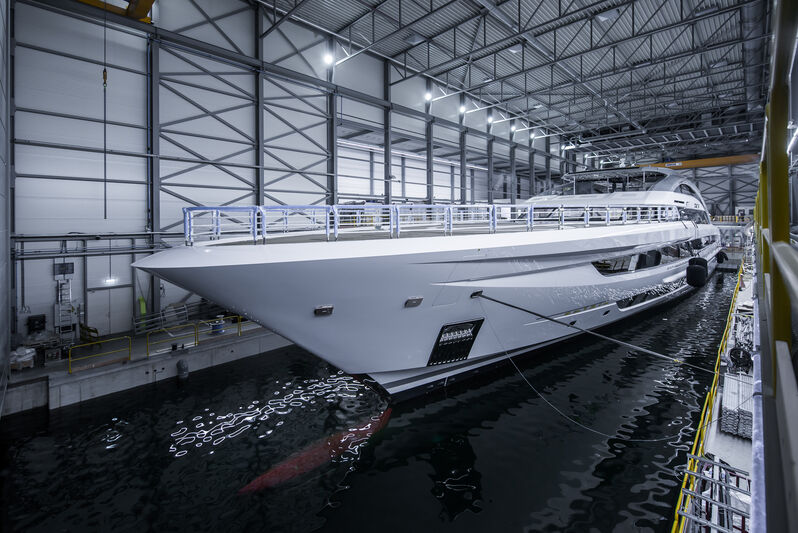 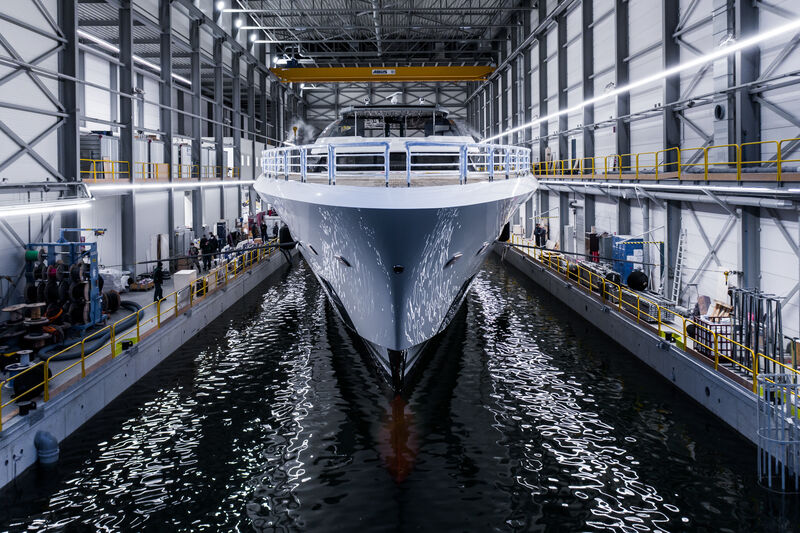 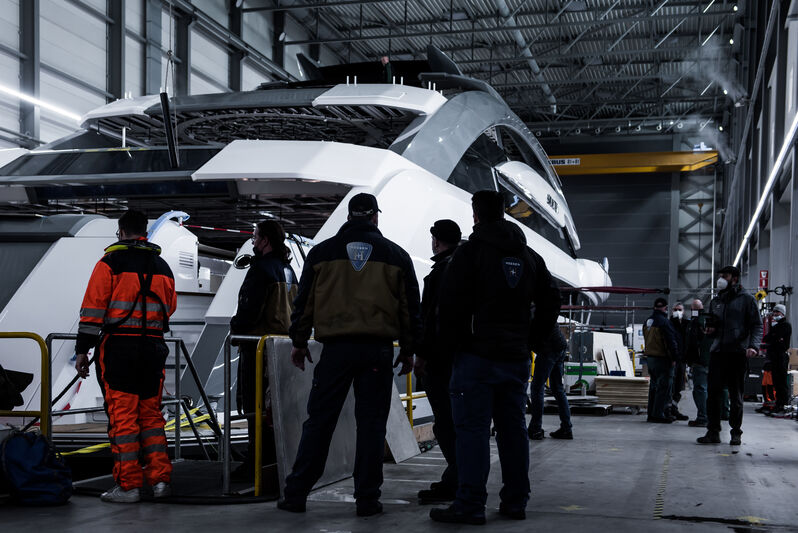 Photo: Tom van Oossanen Her interior styling is the work of Sinot Yacht Architecture & Design, and though the design of the interior has so far been kept under wraps, there have been some renders released that reveal flowing and organic forms, as well as an abundance of glass within a contemporary setting. 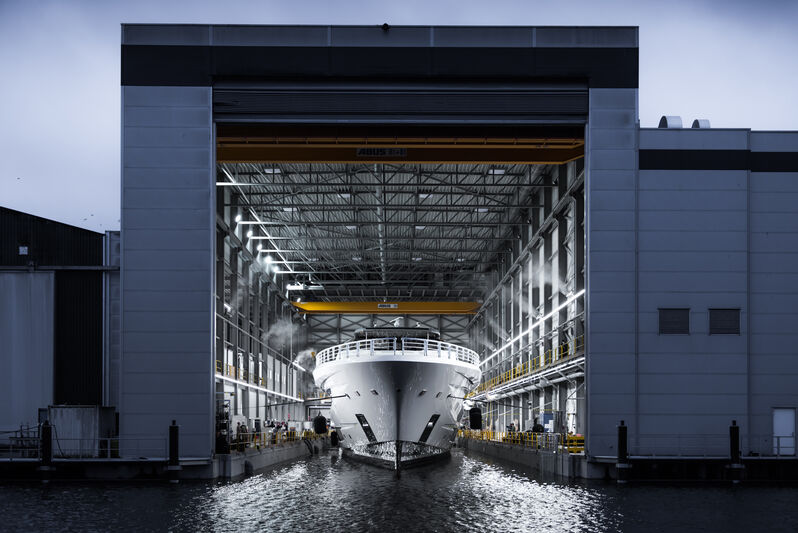 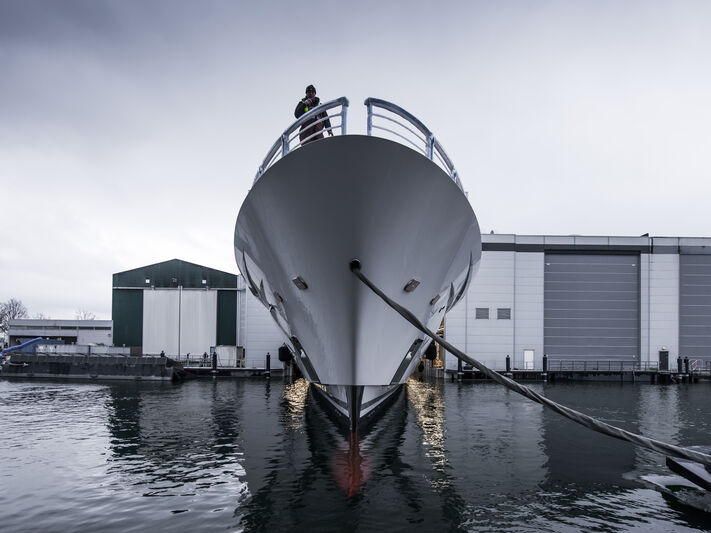 Photo: Tom van Oossanen Her impressive speeds, which even at cruising will be in excess of 20 knots, have been pioneered by the combination of the Fast Displacement Hull Form (FDHF) alongside an advanced propulsion solution developed by the yard alongside Van Oosanen Naval Architects and Rolls-Royce Marine.