History was made in Sabah, Borneo during a superyacht’s trip to the protected island of Sipadan. The historic visit was announced by the general manager of Asia Pacific Superyachts Borneo, Alvin Teh, who organised the trip after gaining permission from the local authorities for the Feadship De Vries 51 metre M.Y. Double Haven’s custom build CAT tender to go into Sipadan Island. It was the first time any foreign flag vessel/ superyacht owner was granted special diving permits for dive activities in the history of Sabah, Malaysia. 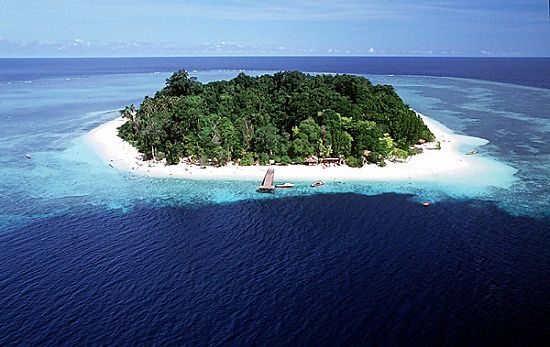 The internationally famous island of Sipadan lies five degrees north of the equator in the Sulawesi Sea (Celebes Sea). Lying 35km south of Semporna on Sabah’s mainland, it is thickly forested and surrounded by sandy beaches, formed by living corals growing on top of an extinct undersea volcano rising 600m from the seabed. Sipadan Island was established as a bird sanctuary in 1933 and in 2004, the Government of Malaysia decreed all onsite dive resort operators move their operations out by 31 December 2004. The number of divers allowed to dive has also been limited in an effort to preserve the island’s pristine state and Double Haven was the first foreign country flagged vessel to have their tender enter with a special diving permit.

The island is in the centre of the richest marine habitat in the world and within this richest of ecosystems in the heart of the Indo-Pacific basin, are 3000+ species of fish and hundreds of species of coral. Green and hawksbill turtles are abundant, gathering to mate and nest. Sipadan is well known for its unusually large numbers of green and hawksbill turtles gathering to mate and nest. It’s possible for a diver to see more than 20 turtles on each dive and also view a unique discovery, a ‘Turtle Tomb’, an underwater limestone cave with a labyrinth of tunnels and chambers that contain skeletal remains of turtles – turtles that became disoriented and drowned. 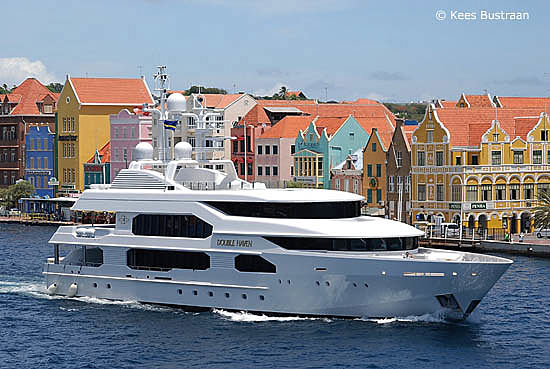 Schooling barracuda and big-eye trevally often gather in the thousands, forming spectacular formations. Other possible sightings are pelagic species such as mantas, eagle rays, scalloped hammerhead sharks and whale sharks. Garden eels, leaf scorpion fish, mantis shrimps, fire gobies, and various pipefish are amongst the diversity and abundance of marine life that can be found, all earning Sipidan Island its reputation of being ‘one of the ten best dive locations in the world’.