CNI have reported eight sales for the month of July. Following the announcement of a price reduction, the 49.95m (164’) Cuor Di Leone was sold by CNI’s Alex Lees Buckley. Launched in 1999 as Lionheart she was a popular charter yacht sleeping 12 guests in five cabins. CNI also sold the 46m (151’) No Escape from the Heesen shipyard. Built in 1999, she accommodates 12 guests in five cabins. 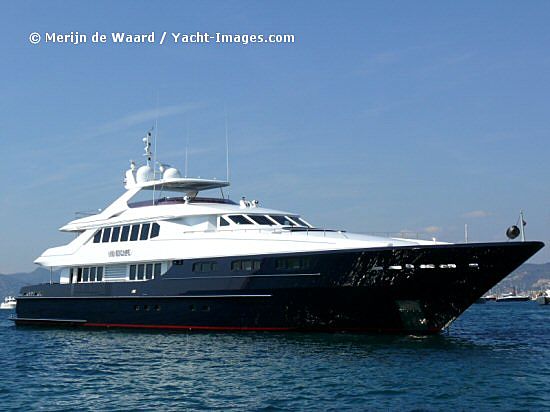 The sale of the 43m (141’) Exuberance was also completed in July. Currently in build with CRN and due for delivery in Spring 2010, Exuberance is the sixth in the yard’s 43m series. She sleeps 10 guests in five spacious cabins.

Bill Sanderson announces the sale of the 48.5m (160’) sailing yacht Georgia. Built by Alloy Yachts, when she was built in 2000 she was the largest sloop in the world. A favourite on the charter market, she was refit in 2008, and accommodates 10 guests. CNI sold another Heesen last month. 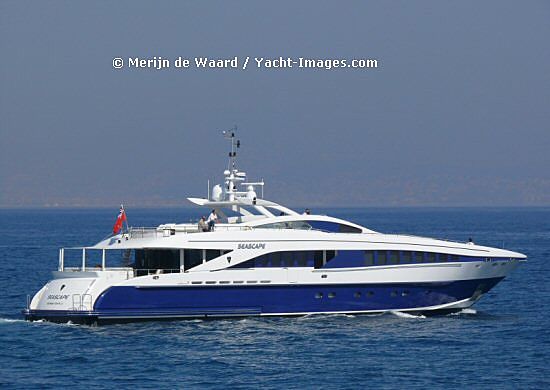 Craig Erickson is delighted to announce the sale of the 36.5m (120’) Heesen Seascape. Built in 2005, she is capable of speeds of up to 32 knots; perfect for cruising the Mediterranean.

CNI also announce the sale of the 26m (86’) La Sirena. Built by Falcon Yachts in 2001, she is MCA compliant and accommodates nine guests in four cabins. Charles Ehrardt and Tim Langmead jointly announce the sale of the 23.6m (77’5) Algol IV. A CNB Frers 76, her judiciously positioned deck equipment allows for uncluttered deck area that is perfect for relaxing and sunbathing, but equally ideal for sailing. 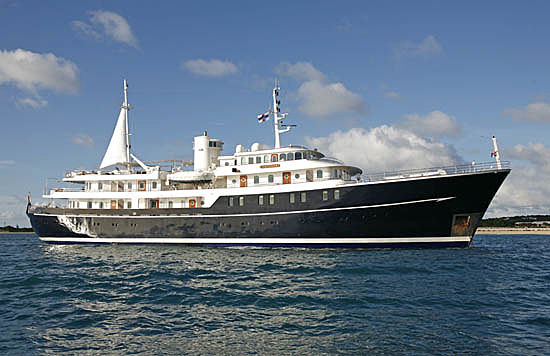 CNI welcome several new central agencies. Listed in size order, these include the 69.95m (230’) Sherakhan from Vuyk en Zonen. Listed with CNI’s Mike Payne, Sherakhan is a head turning yacht with an excellent charter reputation. She has an imaginative, contemporary interior with outstanding features, including an open main saloon, with a dining area for 24, bathed in natural light. She also has a large sun deck area, with numerous lounging areas and glass bottomed Jacuzzi. She is commercially registered and sleeps up to 26 guests. Sherakhan is available for viewing at the forthcoming Monaco Yacht Show.

Neil Cheston lists the 49.75m (163’) Pestifer from CRN. Built in 1998, she has been well maintained and used as a private yacht for family and friends. She boasts a spacious interior accommodating eight guests in four cabins, including a full beam main deck owner’s stateroom. 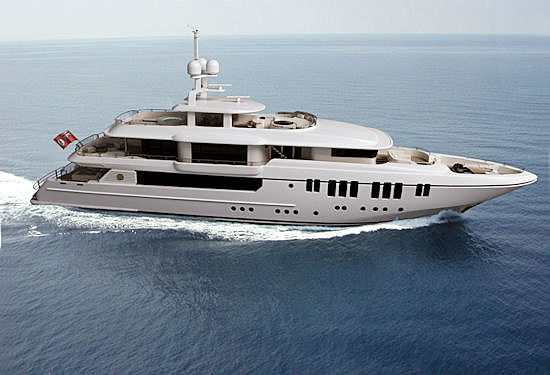 Sunrise Yachts announced their new signature series of 47m, 52m, 57m and 65m yachts with yacht designer Espen Ønio and interior designer Franck Darnet. Construction has already begun at the Antalya yard on the Sunrise 47, due for delivery in June 2011. Available for sale through CNI’s Mike Payne, the 47m is the first in the series that the yard plans to build for sale each summer.

Simon Goldsworthy lists the 40m (133’) Kaiserwerft Catwalk for sale. Built in 2006, she is the perfect yacht for cruising the Mediterranean as she possesses a good range at economical speeds with the ability to accelerate quickly. Catwalk is available for viewing at the Cannes Boat Show in September.

Tim Langmead lists the 38.5m (126’) sailing yacht Sapphire. Built by Grand Banks shipyard in Africa in 1996, she has just come out of an extensive refit with new machinery, generators, engines, and brand new interior and exterior furnishings and fittings. Sapphire sleeps six guests in three cabins.

Jeremy Comport lists the 30.4m (100’) Cristalex for sale. A 2006 Azimut Jumbo, she boasts a large sundeck with Jacuzzi. Cristalex accommodates eight guests in four cabins. Charles Ehrardt announces the new listing of the 29.6m (97’) Ferretti Starship. Built in 2007, she is fitted with at anchor zero speed stablizers, rare on a yacht of this size. She boasts a contemporary, light interior that sleeps 12 guests in five cabins.

Over on the other side of the Atlantic, Bob O’Brien lists the 25.3m (83’) Neon Rainbow. A classic Weston Farmer design built in 1966 by Burger Yachts, she now has new motors, generators, a hull extension and a new base.

Charter
CNI’s charter divisions in Monaco and Fort Lauderdale had a busy month with new central agencies, refits and location updates for the winter season. The 53m (173’8) Elisabeth F joined the fleet in July. Built by Feadship in 1979, she underwent an extensive refit in 2007, and is now back on the charter market and available through CNI. She sleeps 12 guests in four double cabins and three twin cabins. 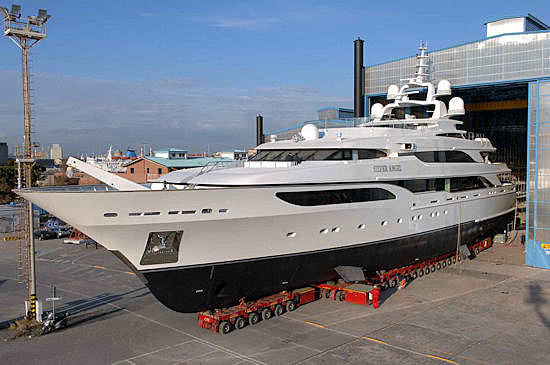 Venturing further afield, the recently launched 64.5m (211’7) Silver Angel will be heading to Costa Rica this Winter, before returning to the Med for a summer season in 2010. The 50m (164’) sailing yacht Perseus will also be available in Costa Rica this winter, before heading up to the West Coast of America and on to the South Pacific as part of her round the world tour. The 43m (141’) Hana is heading to the Red Sea for the winter season. Sleeping 11 guests in four double cabins and one twin with a Pullman berth, Hana's enormous volume gives the feeling of a 50m+ yacht. Alternatively, the 34.2m (112’) Resilience and the 30.5m (100’) Insatiable are both available in New England this Summer through to Autumn.

CNI (super)Yachting Index
Camper & Nicholsons International and SuperYachtTimes.com are pleased to announce that the second edition of the (super)Yachting Index has just been released. This edition comes as an e-book so that you can flick through the pages at your leisure. The Index looks at the year 2008, which, even with the economic climate of the second half of the year, proved to be overall an excellent year for the yachting industry, with an unparalleled level of sales and charter activity. Of course, already the question on everybody’s lips is what 2009 will bring about, and research has already begun for the third edition of the Index, out in 2010.

Click here to read the second edition of the (super)Yachting Index.