CNI welcome a selection of new central agencies to join their fleet. CNI Monaco’s Mike Payne announces the 42m (138’) VK 1. Coming for the Vulkan Shipyard in Spain, she is due for delivery in Spring 2010. An all aluminum semi displacement yacht, she is capable of speeds of up to 21 knots and has a range of up to 4000 miles. She will have six spacious cabins, including full beam owners cabin. Payne also lists the 31m (102’) sailing yacht Only Now. Built by CNB in 2002, her design by German Frers and the yards unequalled build technology resulted in numerous awards for this high performance sloop. 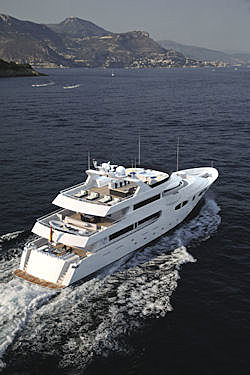 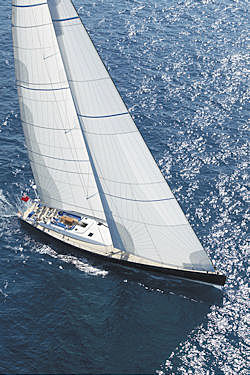 On the other side of the Atlantic George Bourgoignie of CNI Fort Lauderdale lists the 32m (105’) sailing yacht Whitehawk. Built in 1978 by O.Lie Neilsen, Whitehawk is a beautiful Bruce King designed centreboard ketch. Her traditional lines and impeccable detailing showcase fine wood craftsmanship of a bygone era. 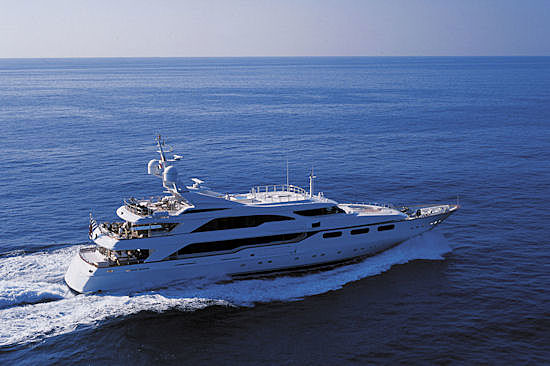 Bill Sanderson of CNI Palm Beach is delighted to announce that the 42.7m (140’) Royal Eagle. Built in 1989 by Picchiotti, she went through a massive refit in 1996, which involved inputting larger engines and new generators. Sanderson also lists the 20.8m (68.5’) Pendragon as a joint CA with Arne Ploch from CNI Palm Beach. Built in 2007 by Riva, Pendragon is a sleek design. She is truly a brand new yacht as she left the yard in 2007 and has not been used since. She has been professionally maintained by a full time crew and is in immaculate condition. Ploch also announces the 23m (75’5) Sensation 23. A brand new performance cutter, she is in her final phase of construction and is available now. Lying in Auckland, she is a stunning example of a Sensation Yacht build.