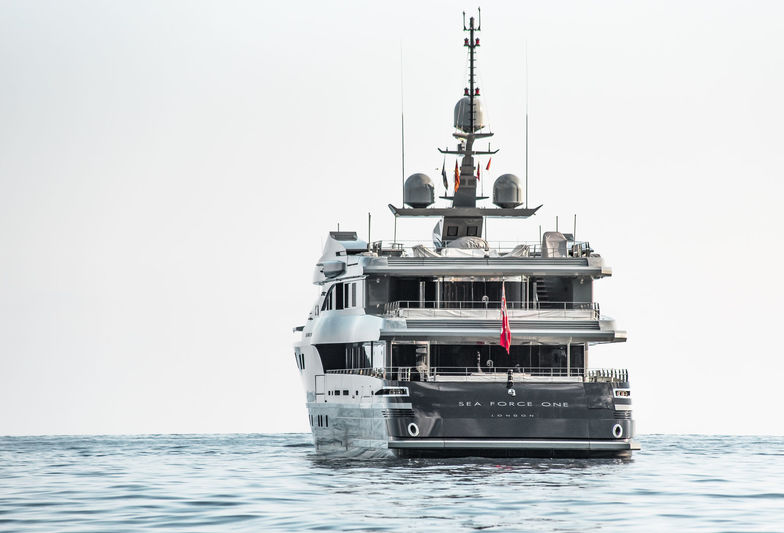 Photo: Tom van Oossanen / SuperYacht TimesSea Force One was built in 2008 by the shipyard then known as Admiral Mariotti in Genoa; a joint venture between CNL and Mariotti. The 54-metre motor yacht was designed by Luca Dini and is characterised till this day by its deep black hull and silver grey superstructure finishes. Inside, she designed to accommodate 10 passengers in 5 cabins and up to 12 crew members, the yacht reaches 54 meters in length and expands over four decks. Here she is seen at anchor on a calm morning outside the port of Monaco.