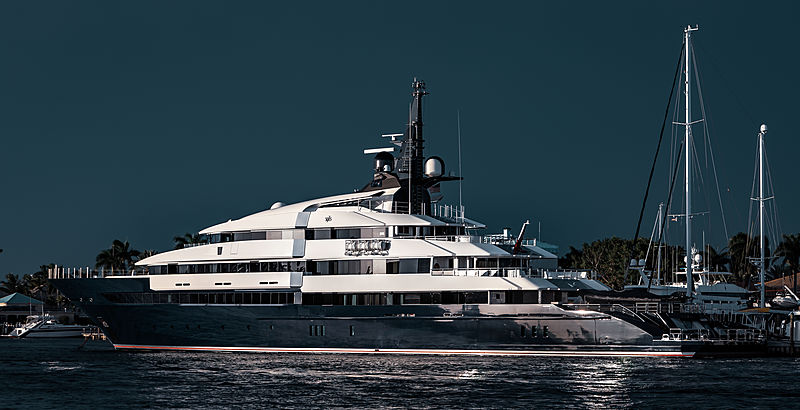 Photo: Ron RaffetyFresh from having returned from an extensive trip throughout the Pacific Ocean, the 86-metre Oceanco superyacht Seven Seas was seen in Fort Lauderdale last week, captured here by local photographer, Ron Raffety. Built by the Dutch shipyard for an experienced owner and completed in 2010, both Seven Seas’ interior and exterior design come from the drawing boards of Nuvolari Lenard, whilst Azure Naval Architects collaborated with the shipyard for her naval architecture. One of her most notable features is a large swimming pool on her aft deck that can be conveniently transformed into a helipad. Seven Seas is one of six superyachts on which the Italian studio and Oceanco collaborated, including other yachts such as Bravo Eugenia, Vibrant Curiosity, DAR and Alfa Nero.