Superyacht Seven Sins was spotted yesterday by SYT's Merijn de Waard, as she cruised behind Amsterdam's Central Station, on her way to the North Sea. The yacht was refitted at Balk Shipyard, where she received a bow lengthening. 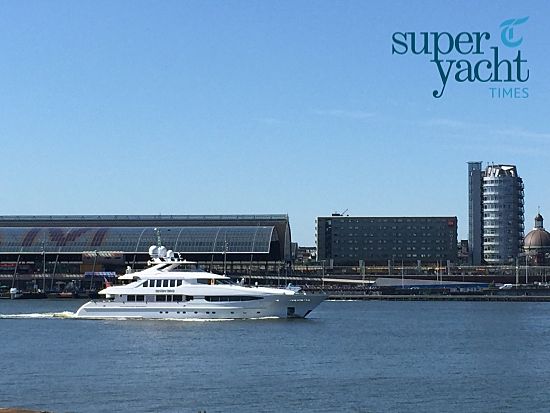 The extension added a total of 2.3 metres to Seven Sins, making her total length 43.60 metres. It created some extra space for the crew in the bow of the yacht. Seven Sins was originally built by Heesen Yachts and launched in 2005 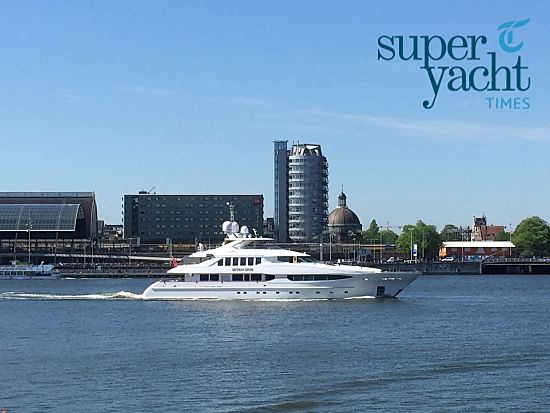 Van Oossanen Naval Architects are responsible for the technical realisation of the bow extension. 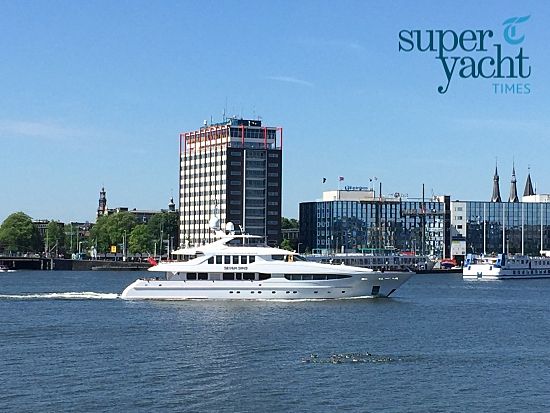