Merijn is currently visiting the South of France to supply SuperyachtTimes.com with new photos and to check the ports for newly launched yachts and name changes. At SYT we always stay up to date with the latest information. To do so, we visit ports on a regular basis.

The first yacht I saw when I arrived on July 24 was the new Abeking & Rasmussen Aviva. She was docked in the Port of Nice. A few days later I saw her passing far off the coast heading to Saint Tropez. 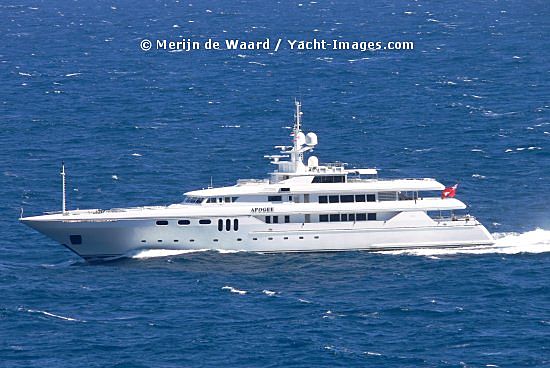 The 62m Codecasa Apogee arriving in Monaco. Before she was heading to Monaco she was anchored off St Jean Cap Ferrat. Apogee is owned by a Texas businessman and a popular charter yacht. 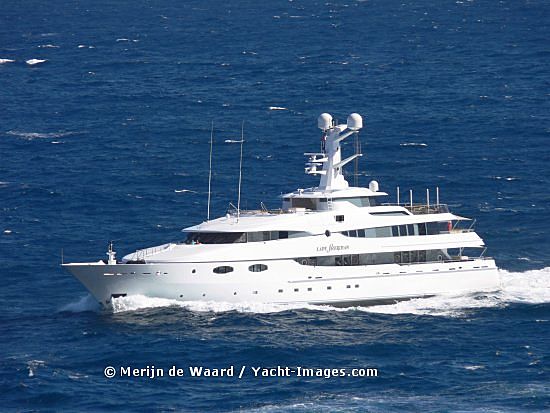 Shortly after Apogeecame in Monaco she was followed by the new Abeking Lady Sheridan. Lady Sheridan was anchored off Beaulieu-sur-Mer next to her sister Zenobia. She arrived in the South of France in May and is available for charter through Nigel Burgess. 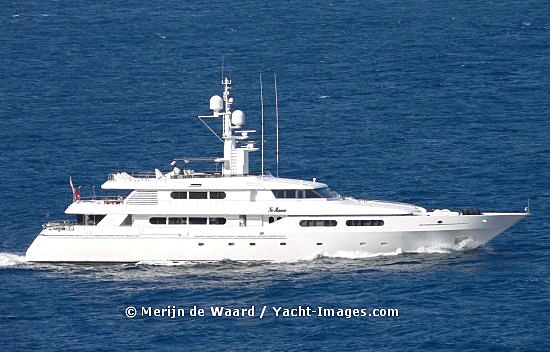 Te Manu was built in 1998 by Codecasa Yachts as Andale. When the owner of Andale took delivery of his new yacht, he sold the yacht and she was renamed Te Manu. Her she is pictured whilst leaving Port Hercule of Monaco. A few weeks ago she was seen in Santa Margerita Ligure.

Savarona anchored off Beaulieu-sur-Mer in the evening light. Looks like she had a recent paint job as her waterline used to be blue. 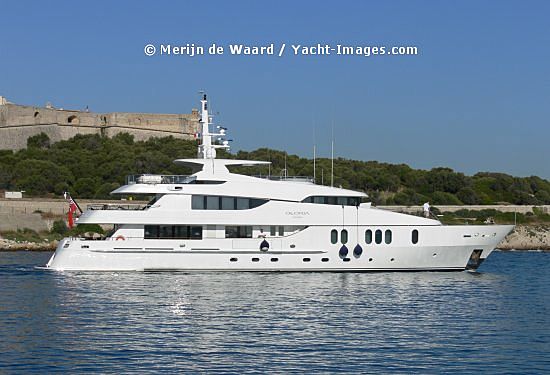 Gloria Teresa leaving Port Vauban of Antibes on July 25. Gloria Teresa was built by the Spanish Izar shipyard in 2005. Her lines are very similar to the 48m Flying Eagle, which is not strange of course as both yachts were designed by Reymond Langton Design. 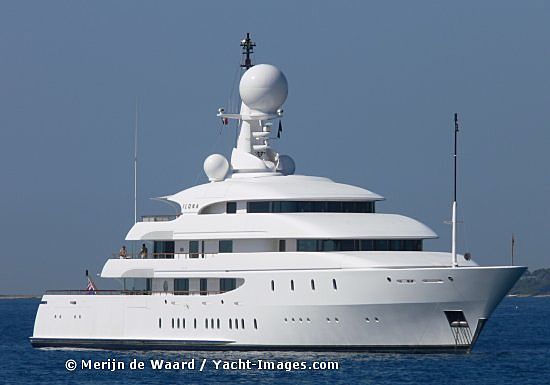 The massive 72m Amels Ilona anchored off Juan Les Pins on July 25. She is very active as I saw her today anchored off Antibes and the day before she was anchored off Monaco. 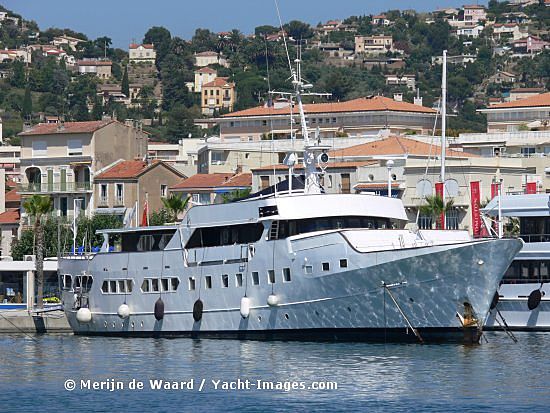 Ariane V at her home berth in Port Camille Rayon of Golfe Juan. This 45m yacht was built by Dubigeon-Normandie in 1966 and she must have a recent paint job as the black around her windows on the upper deck is new. Ariane V is a very private yacht and during the summer you can also find her sometimes at Saint Tropez. 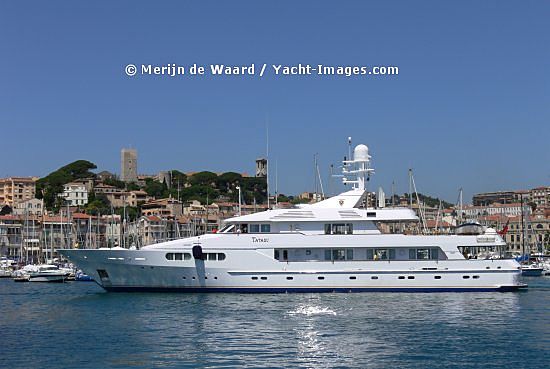 Tatasuleaving the old Port of Cannes. The 47m Tatasu was built by Feadship Royal Van Lent & Zonen to a design of De Voogt Naval Architects. The interior of this private yacht was designed by Larvor. During the summer she cruises the Mediterranean. 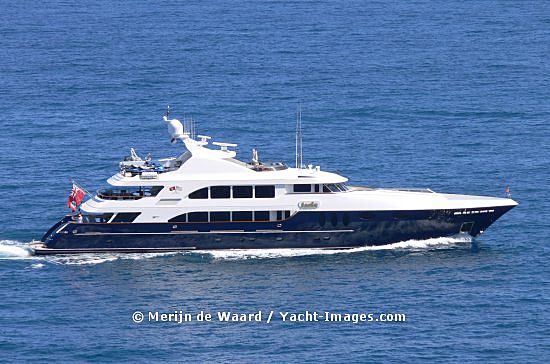 Janie cruising off Monaco at full speed after she had just left Port Hercule. The 47m Janie was built by Trinity Yachts in 2004 to an in-house design and with an interior by Scott Carpenter. 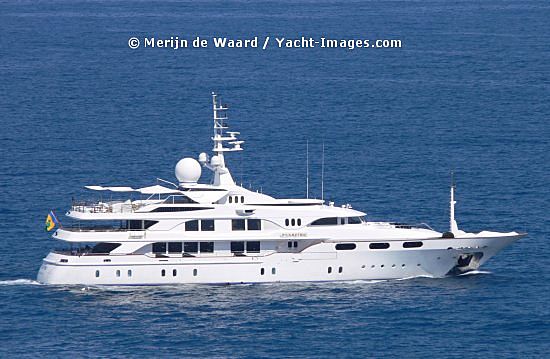 Starfire leaving Monaco on July 25. Starfire is a 54m Benetti yacht built in 1997 as Ambrosia for a Hong Kong owner. After her owner took delivery of the 65m Ambrosia III he sold her and she was renamed Starfire. Currently she is owned by an American who cruises the Mediterranean during the summer and the Caribbean during the winter. 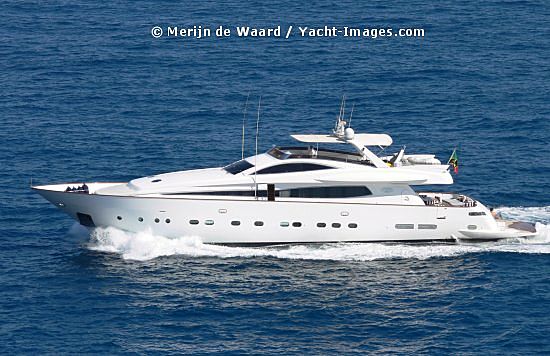 Dear Henri arriving in Monaco. Dear Henri is one of the few Antage 32's which was ever built. Not much is known about this private yacht apart from that she is usually moored in Port Hercule of Monaco. 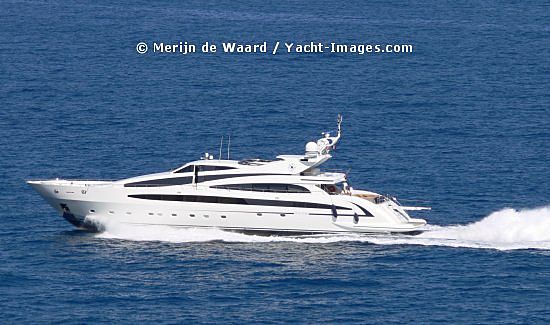 The ISA 136 Ti Voglio Tanto Bene at full speed off Monaco on July 25. T.V.T.B. was very active recently as she was cruising a few times between Cannes & Monaco. 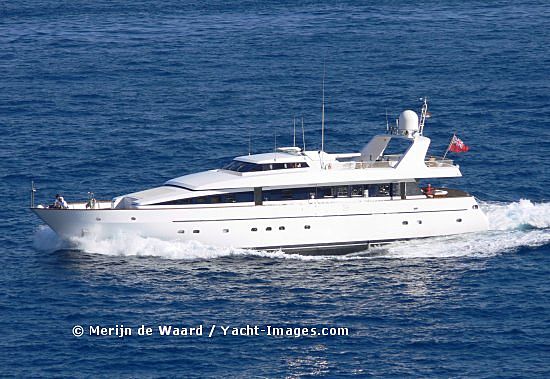 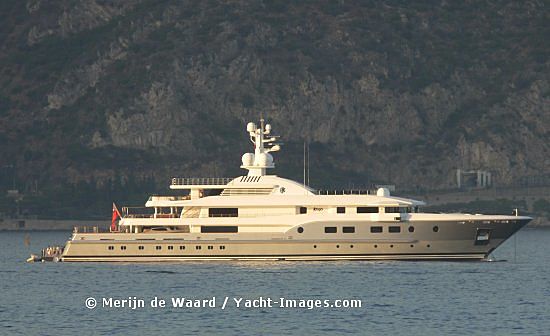 Kogoanchored off Beaulieu-sur-Mer during the evening of July 25. Recently she was seen off San Remo and currently she is docked in Port Hercule of Monaco. 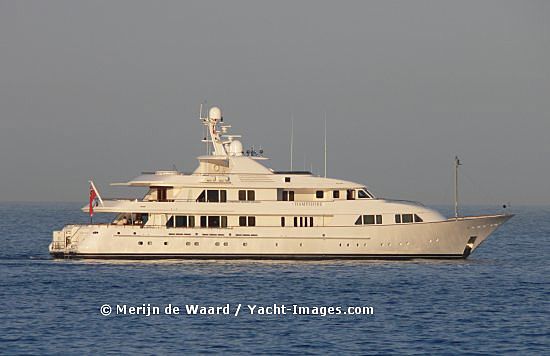 Hampshire anchored off St Jean Cap Ferrat. Hampshire was built by Feadship De Vries Scheepsbouw in 2001 as Barbara Jean. She changed hands recently and underwent a refit at Compositeworks in La Ciotat where a new interior to a design of Redman Whiteley & Dixon was installed.