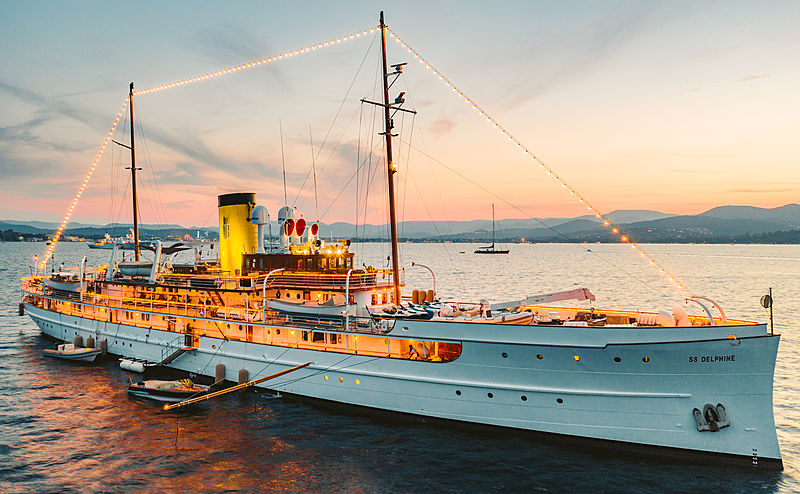 Photo: SuperYacht TimesCaptured here at anchor recently outside St Tropez is the 78.55-metre superyacht SS Delphine. Originally built in 1921 buy the Great Lakes Engineering Works yard of the United States for the Dodge family, she spent much of her time on the Great Lakes of North America between Chicago and Detroit under her original ownership. Original naval architecture was undertaken by Antoine Wille in cooperation with Gielow & Orr, with the latter also responsible for her exterior design. Her original interior design was the work of Tiffany’s of New York.  After serving in WWII, the vessel was laid up and later entered a state of dilapidation by the 1990s. SS Delphine was later acquired by a passionate owner who completely restored her at the Belgian yard Scheepswerf Zeebrugge; an intensive project that was completed in 2003. Today, SS Delphine is a common sight in the port of Monaco and cruising grounds around the South of France, operating as the world’s only surviving steam-driven luxury yacht.

The 1921 superyacht Delphine at night