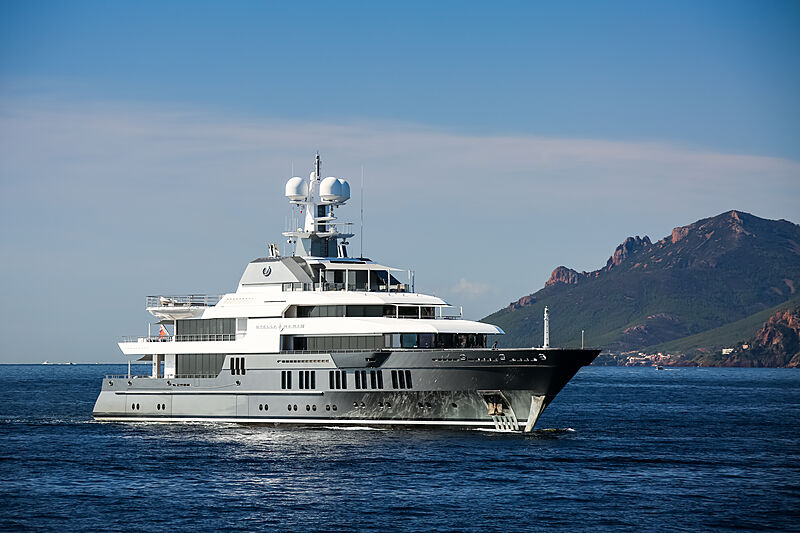 Photo: Raphaël BellySeen here cruising in Théoule-sur-Mer is the 72-metre superyacht Stella Maris, built by VSY at their Viareggio-based shipyard in Italy, she was delivered in 2013. Stella Maris’ exterior design was conceived by Espen Øino featuring naval architecture by Laurent Giles Superyacht Architects. Michela Reverberi is the designer behind the luxurious interior spaces on board. A special feature on Stella Maris is her HCA approved helideck for use by an Airbus H135 during day or night time, a grading commonly found only on much larger yachts. This multifunctional space can be transformed into an expansive sundeck area once the helicopter has been launched, ideal for sunbathing gatherings or exclusive dinners with uninterrupted views. She is packed with eco-friendly features such as electric auxiliary engines for use when in port and a dynamic positioning system allowing her to remain in position in ecologically sensitive areas without the use of an anchor.