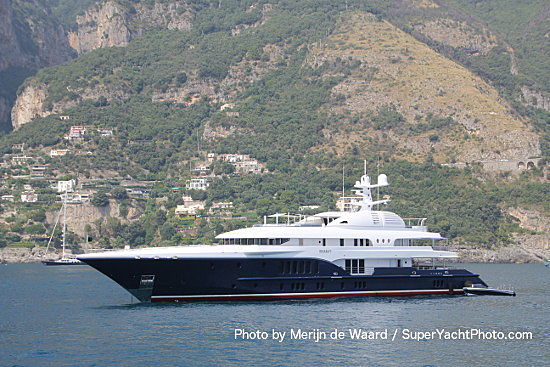 The 68.15 metre superyacht Sycara V was built by Nobiskrug in 2010. Sycara V is powered by 2 Caterpillar 3516 producing 2,130 hp each and allowing her to travel at a maximum speed of 17 knots and a cruising speed of 14.5 knots. Her interior was designed by Craig Beale/Pure Detail with a very light classic interior featuring beautiful woods, natural stone and fabrics. Her owners also own another yacht, called Sycara IV, which is a 46 metre beautiful traditionally styled, early 1920's era, Fantail Cruiser, built by Burger Boat.