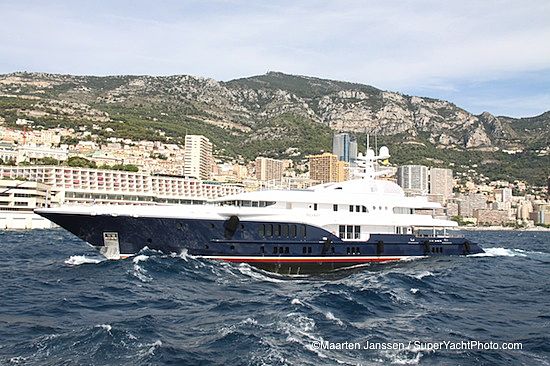 The 68.15 metre superyacht Sycara V, seen here in Monaco on a windy day, was built by Nobiskrug and launched in 2010. She accommodates up to 14 guests over several luxurious cabins, including a large owner’s cabin with private aft deck, on the upper deck. She has a maximum speed of 17 knots, a cruising speed of 14 knots and a range of 7000 nm at 10 knots.