The Proteksan Turquoise shipyard recently launched the 70 metre superyacht Talisman C. Not only does this mark the third launch in three months for the shipyard, but it is also the largest superyacht to be launched from the Pendik facility to date. The project was the result of a repeat order; the previous Talisman C was launched for the same owner at Proteksan Turquoise in 2006 and became the perfect platform for the owner to plan his next yacht that would perfectly fit the extended cruising he had intended. Calling again on H2 Design the new project grew from the 54 metre 2006 yacht to the 70 metre new Talisman C. 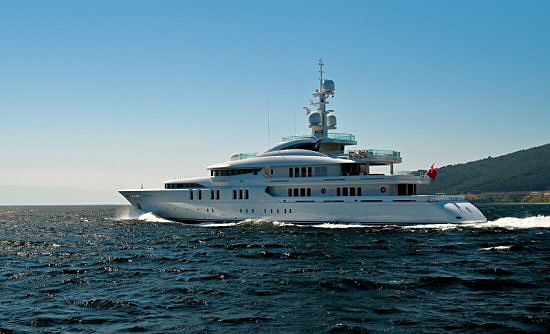 One of the benefits of the Pendik shipyard location, literally on the Sea of Marmara, is that sea trials can start when the yacht is gracefully lowered into the water from the yard-owned floating dock. Talisman C soon showed her paces and thrilled everyone with her quiet and vibration free run along the coast. These first trials along with previous yachts are captured on camera by Levent Ozturk, Proteksan Turquoise's Contracts Manager. Bright sunshine and a fresh breeze for a choppy sea, created some very exciting images that show the elegant lines and external styling exceptionally well. 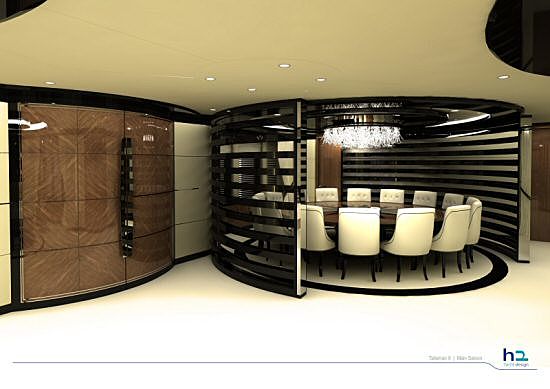 The final handover to the owner is planned for mid June; followed by a short cruising schedule before a visit to the Monaco Yacht Show in September. The owner will then embark on a two year world cruise keeping the yacht for private use only for this period. Captain Christopher Russell takes up the story 'I joined the programme a little over a year ago and became captain of the 54m so the owner and myself could get well acquainted, a sensible programme as I will be with the owner and guests for a solid two year period. I now have a clear idea of what the owner expects from me and the world cruise' 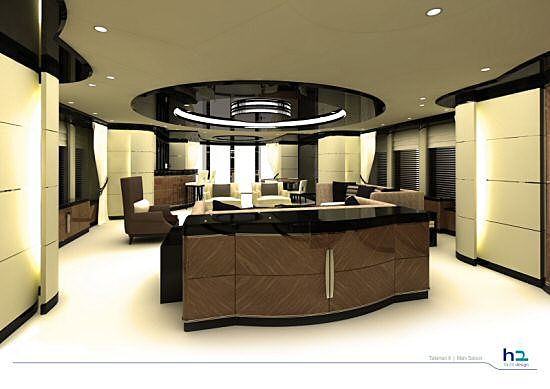 Once the world cruise is completed, Talisman C will join the Burgess Charter fleet when the owner will mix private cruising and charter use. Chirstopher talks about his experiences in getting involved in the final build phase at the yard 'When I joined the owners 54 metre this was the first Turkish built yacht I had worked with and I suppose I expected something less well built than north European yachts but I was surprised by the quality throughout the whole yacht from engineering to the fit out. When I first visited the new Pendik shipyard I was very impressed by the attitude and enthusiasm of all the people and the large facility they have there. 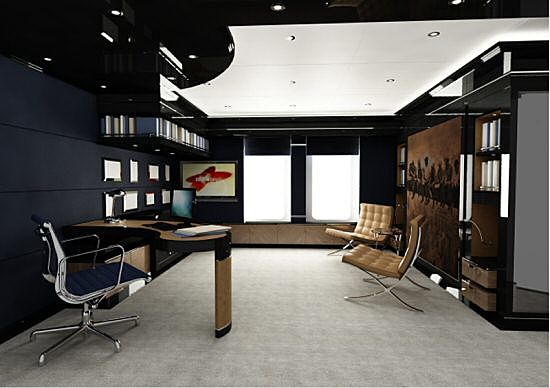 ‘My time at the yard was a good experience and my own view regarding the quality that is delivered there has been much enhanced. As an illustration of quality, the owner had an independent survey of the hull paintwork prepared by an industry specialist and they concluded that the paint work was as good as the best from other top yards and the fairing was better.' 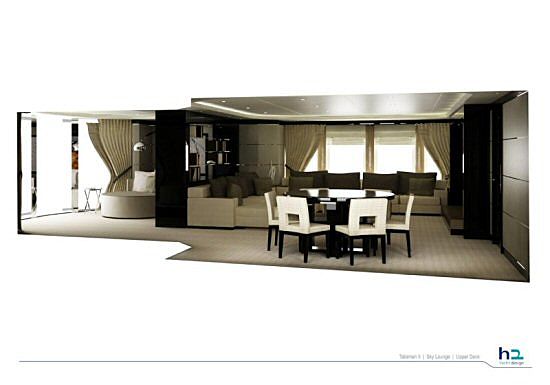 So what did the owner want from a much larger yacht? Chirstopher continues: ‘Obviously there is a massive increase in internal volume and the benefits that come with a bigger yacht. The owner really loves the water and diving, so the big stern door and beach club is perfect. The new 70 metre has an extra deck which the owner calls the 'hard top' which covers the 'fun area' with its jacuzzi/swimming pool and various areas for eating out but in the shade, whilst still enjoying vista views. Features are found all around the yacht, the 'sky lounge', a full height gym area and a impressive master cabin including a steam room, owners library and an office that can convert to a guest double'. The extra volume also allows for a double height engine room with a separate sound proof generator room. The large garage arrangement allows for a 23 ft, 14 seat owners tender and plenty of toys.

Chirstopher comments on the first sea trials 'The specification for Talisman C was for a 17 knot top speed at light-load, we easily exceeded that at 18 knots on trials. With the impending world cruise, the performance and hull efficiency is an important factor especially the cruising range which is 7000 NM at 12 knots and for faster passages 4000 NM at 14 knots'.