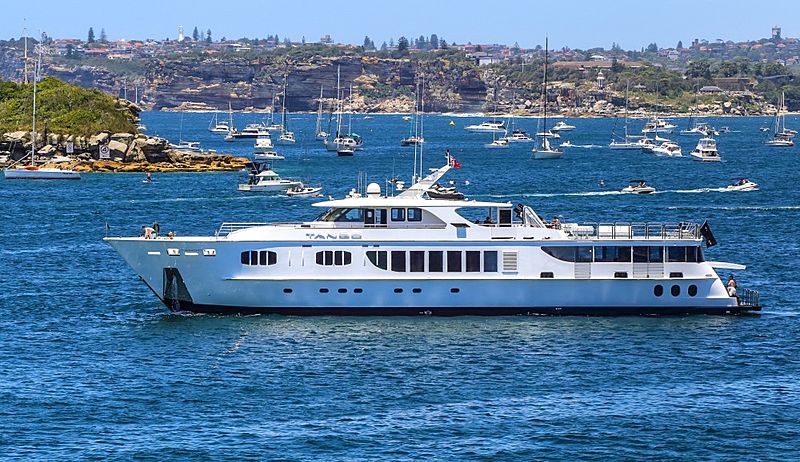 The 42.5-metre Tango in Sydney, Australia

The largest Australia-based superyacht available for charter, the 42.5-metre Tango, was spotted anchored outside Sydney for the start of the annual Rolex Sydney Hobart Yacht Race. Built in Australia by Austal in 2006, Tango originally measured 36 metres when she underwent a major rebuild project that included a new 6-metre extension at her stern to accommodate helicopter landings. The popular charter yacht is perfect for exploring the region’s cruising grounds including the Great Barrier Reef, or simply hanging out around the picturesque Sydney Harbour.