The Italian shipyard Rossi Navi has released the following photographs of the recently launched superyacht Taransay completing her successful seatrials on the 13th May. She is a reproduction of a British model from the early 20th century, with differences including a modernised layout as well as a hull extension of six metres in comparison to her original design. 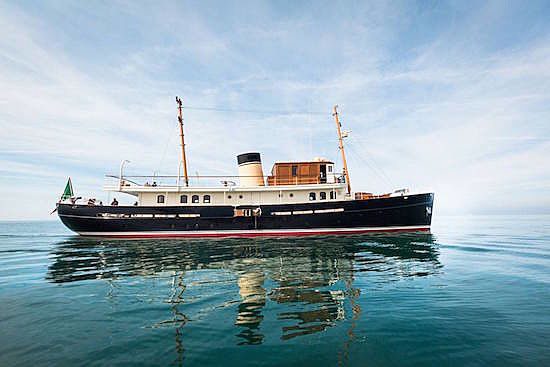 The 38.55 metre steel and aluminium vessel features naval architecture by the Rossi Navi team in collaboration with STB Italia, whilst Studio Tassin undertook both her interior and exterior design.

Powered by twin Caterpillar C18 Acert engines, she has a maximum speed of 14 knots and a cruising speed of 12 knots.