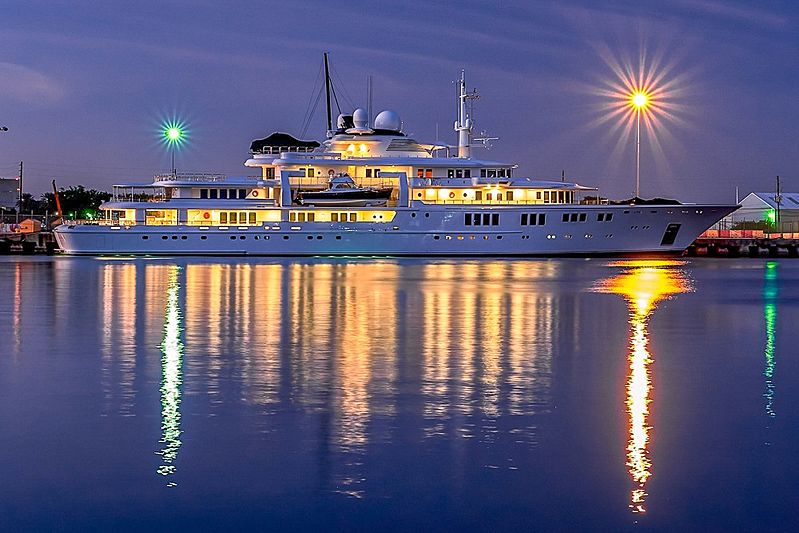 The 92 metre superyachtTatooshbuilt by German shipyard Nobiskrug in 2000 was recently spotted in Bayborro Harbour in the Port of St. Petersburg, Florida. Owned by a well known American yachtsman,Tatooshis one of the owner’s two yachts; the other being the 126 metreOctopus. Designed by Kusch Yachts and Studio Yacht, just some ofTatoosh’son board features include a large swimming pool on her main aft deck and two massive tenders stowed on each side of the yacht. A true world cruiser,Tatooshhas been spotted in nearly every corner of the world from the Pacific to the Atlantic and Indian oceans.